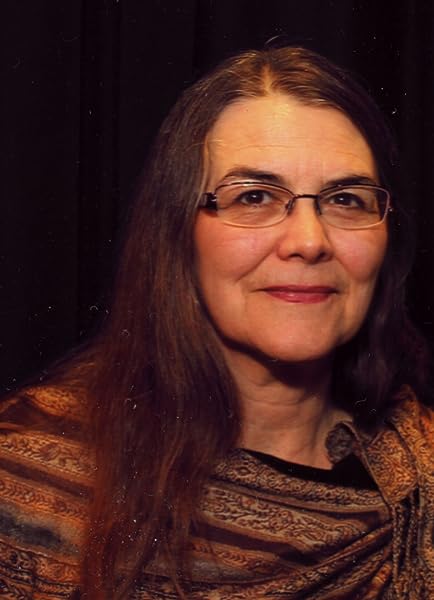 by Marilyn J Evans (Author)
3.8 out of 5 stars 24 ratings
See all formats and editions
Sorry, there was a problem loading this page. Try again.

April Robbins is a mess. Her diet and wardrobe are a disaster, she's stopped exercising, and the nightmares are back--nightmares that began at puberty and only stopped when she married. Now that she's divorced, they're back worse than ever. April's cat, Winston, and her best friend, Trish, are worried.

April decides it's time to get her life back in order. She even agrees to take a class on the paranormal with Trish in hopes of meeting new guys. It's the class instructor, Mitch van der Waals, that convinces April there may be the possibility of romance in her future. Both her cat and her friend approve.

But when a new cardiologist shows up at the hospital where April works as a med tech, things begin to get complicated. April can't explain why she is affected by the handsome Dr. Weston, sometimes irrationally irritated, other times literally falling into a trance in his presence. Slowly, April realizes Weston was a key player in her past lives as she struggles to find the root cause of her nightmares through past life regressions, sessions in the sleep lab, and strangely spontaneous trances.

Solving the mysterious origins of her dreams that have echoed down through April's many lives may determine who is is now and who she will be. And it could be a matter of life and death, in this life and beyond.
Read more
Previous page
Next page

Marilyn J. Evans was born in north Missouri, and has lived in Kansas City since 1972 (except for two years when she lived in southern England). She worked in research laboratories studying human autoimmune diseases for two decades, then spent another twenty as a regulatory auditor for the pharmaceutical and biologics industries. Her first book, "Beloved Lives", a paranormal romantic thriller inspired by the Universal Studio classic "The Mummy", was published in 2018 with the second edition coming out in 2021. Her novella, "Wasting Water", appears in the anthology, "Undeniable: Writers Respond to Climate Change", available from Amazon or from Alternating Current Press. Her newest novel "The Gingerbread House: A Philly MacPherson Mystery" will be released in 2022. Her short stories pop up here and there from time to time.

T. Tori Rouse
5.0 out of 5 stars Looking for a good read? Look no further!
Reviewed in the United States 🇺🇸 on February 14, 2018
Verified Purchase
I've read way more "paranormal romance" novels than I would care to admit. It's a wide genre and most of it is not great. This book is a wonderful exception. More mystery than necessarily paranormal. The main character April seeks solace from her awful reoccurring nightmares that turn out to be past lives haunting her. I'm not one to keep reading if the story isn't a page turner. I could not stop reading this story! I read it through all my breaks at work! It's smart, witty, sweet, sad, and indelibly interesting. I also very much enjoyed that it is set Kansas City, Missouri and highlighted many of its wonderful neighborhoods. Most books in this genre are either set in New Orleans, California, or fictional towns. It was nice to read a book portraying a charming American town like Kansas City.
Read more
One person found this helpful
Helpful
Report abuse

Lee
2.0 out of 5 stars High Expectations
Reviewed in the United States 🇺🇸 on February 17, 2018
Verified Purchase
I had high expectations for this book, and was disappointed. It seems that past life regression should be easy to weave into a compelling read. This was just silly to me. I do give credit to the author for following a brief but accurate description of past life regression hypnosis, and to selecting a short haired woman for the cover, bucking the boring trend of long hair. I also give credit for good editing.
Read more
One person found this helpful
Helpful
Report abuse

Flamingopink
5.0 out of 5 stars Enjoyable
Reviewed in the United States 🇺🇸 on February 15, 2018
Verified Purchase
Thank you Marilyn, for this enjoyable read. I look forward to more of your writing. I don't usually write reviews. I only know what I like. And I liked this book.
Read more
One person found this helpful
Helpful
Report abuse

Grady HarpTop Contributor: Children's Books
HALL OF FAMETOP 100 REVIEWER
5.0 out of 5 stars “Class on psychic phenomena? We signed up in the early spring? Thought it would be funny?”
Reviewed in the United States 🇺🇸 on February 6, 2018
Missouri author Marilyn J. Evans was a medical researcher studying human autoimmune diseases for twenty years, then worked in quality assurance for the pharmaceutical and biologics industries. Writing fiction is her third career. She has studied, taught and lectured on comparative religion and aspects of the paranormal for more than two decades. BELOVED LIVES marks Marilyn’s writing debut.

An author with a background in science brings a special appreciation for paranormal novels that deal with regression and past lives and the manner in which previous lives influence character development. For a debut novel BELOVED LIVES marks the arrival of a writer with a keen eye for all aspects of being – now and previously – and Marilyn is able in a few sentences to bring us into her imaginative world and make us believe. ‘In the heart of Kansas City, in the humidity-burdened heat of a glaring summer afternoon, a silver Mercedes crept down a one-way street. The driver studied modest houses to the left and right, searching for the little bungalow he knew so well but had only seen in his waking life three days before. He slowed the car even further, recognizing the house both from his previous visit and from recurring dreams over the past year. Before those dreams there had been others, years of them with a different, older home in the countryside miles from this city. His visit to that house had frustrated him but had led to the clues that finally brought him here, closer than he had been in all his years of dreaming and searching. The visit to the country house had brought him, at last, to the source of his deepest yearnings, his most passionate desire. The driver pulled into an empty space between two other vehicles parked along the street, then he arranged his rear-view mirror so he could watch the sidewalk leading to the bungalow. On his first visit, he had tried the doorbell, but it had not worked. He had knocked on the door but could not rouse anyone. Now he waited to see who lived here, who would be coming home to that little house. He finally knew her name, where she worked, and where she lived. He had discovered these things recently, but he still did not know what she looked like. He sat with the engine and air-conditioner off in his slowly warming car, hoping he would not have long to wait. Finally, the waiting man saw a young woman, juggling shopping bags, ambling down the street, then turning onto the walk leading to the house. Goose bumps prickled the skin on his arms, and the hair on the back of his neck rose. At last, he saw and knew her.’

The tale spins as the well-scribed synopsis details – ‘‘April Robins is a mess. Her diet and wardrobe are disastrous, she's stopped exercising, and the nightmares are back—nightmares that started at puberty and didn't stop until she married. Now that she's divorced, the dreams are worse than ever, and April's malaise has her cat and her best friend, Trish, worried. April decides it's time to get her life back in order by running and eating better. She also agrees to attend a class Trish thinks will introduce them to new guys. When April meets the class instructor, Mitch van der Waals, an expert in the paranormal, she discovers they have a lot in common including a mutual attraction. When she and Mitch start dating, both cat and best friend approve. But when the hospital where April works as a medical technologist hires Dr. Weston, a handsome, new cardiologist, things get complicated. At her first meeting with Dr. Weston, April faints. As he shows more and more interest in her, she finds herself unaccountably affected by Weston, sometimes irritated, other times literally falling into a trance in his presence. April realizes Weston was a key player in her past lives as she struggles to find the root cause of her nightmares through past life regressions, sessions in the sleep lab, and strangely spontaneous trances. Does she have a choice between being who she is now and who she seems to have been over and over again? Solving the mysterious origins of the nightmares that have echoed down through April's many lives could be a matter of life and death, in this life and beyond.’

This is a remarkably strong debut novel and hopefully this genre holds the author’s attention long enough for more books of this caliber to follow. Grady Harp, February 18
This book is free to borrow from Kindle Unlimited.

Mrs M D Attenborough
3.0 out of 5 stars doesn't quite work for me.
Reviewed in the United States 🇺🇸 on May 28, 2018
Independent reviewer for Archaeolibrarian, I was gifted my copy of this book.

And I gotta be honest here, it was very touch and go whether I would actually finish this!

The story tells of April, and Mitch and Weston. April only has her say here, and I would probably have enjoyed in more if the guys had had a say.

April and Winston have history, ancient history. And through time, they have, according to Weston, found each other and lived long and happy lives. But something doesn't ring true for April and she uses Mitch skill at hypnotherapy and past life regression to finally get some answers.

Like I said, touch and go for a while. I got way past half way, and I still wasn't able to figure out what was going on, and where this was going. But I kept at it, hoping it would make sense at some point. It did, but only once it was all revealed in the book.

It's not overly explicit, but there is some violence when they talk about how it all began. It's well written and I saw no editing or spelling errors.

It just didn't work for me.

But for a first time author, well done.