You've subscribed to Prairie Moon Trilogy! We will preorder your items within 24 hours of when they become available. When new books are released, we'll charge your default payment method for the lowest price available during the pre-order period.
Update your device or payment method, cancel individual pre-orders or your subscription at
Your Memberships & Subscriptions
There was an error. We were unable to process your subscription due to an error. Please refresh and try again. 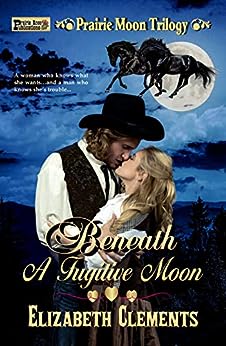 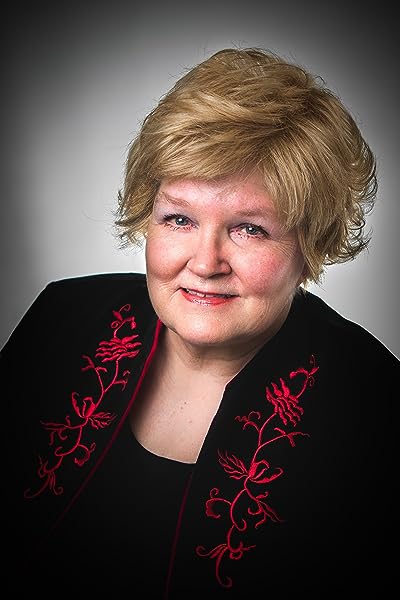 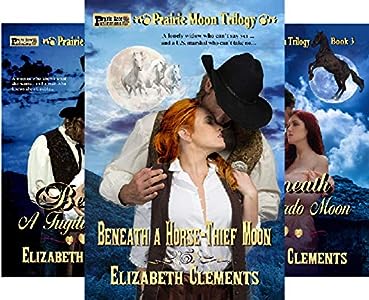 Redrabbitt
TOP 1000 REVIEWER
5.0 out of 5 stars BRAVE, LOYAL, AND RESOURCEFUL
Reviewed in the United States on July 7, 2019
Verified Purchase
While the story is the second in the Prairie Moon Trilogy, it could read well as a stand-alone and does have some characters from the first story, Beneath a Horse-Thief Moon. The year is 1899, and the story will take place in Cypress Hills, District of Assiniboia. When Chase, Sara, and the twins travel to Boston, eighteen year old, Jolene will stay back home finishing up teaching the school year. What a shock when she is attacked by outlaws trying to steal her horses, and then she is rescued by a family friend, Mike Sutton. This will be their story.

Mike Sutton is a US Marshall out of Montana, but a close friend to Chase Reynolds. While Chase and his family are in Boston for a showing of his highly sought after paintings, he is concerned about the increase by outlaws, so Mike will be there to protect Jolene and try and capture outlaw—what a shock to start by saving Jolene from two outlaws who are after more than her horses. While he saves her virtue, it wasn’t before she was manhandled and beaten.

“Don’t let the few rotten apples of this world spoil you for the tree.” –Doc Wilson

The story is full of mystery, suspense, danger, secrets, and plenty of action and adventure. It has been two years since Jolene has seen Mike. Mike is a large man, feared but many, respected by most and adored by Jolene. She even has a pet name for him, Honey Bear. Mike and Jolene’s relationship will take a turn, she is no longer a young starry-eyed teenaged girl, but now a young adult woman and she sets her sights on Mike, but he doesn’t want to cause distrust with Chase—after all, he asked him to protect her, not bed her.

There is plenty of trouble in the area with the stealing of horses, and part of Mike’s day to day work will be trying to locate the outlaws. There is one man, Cody Fowler, who’s Aunt works for the Reynolds family. He is bold and brash and leaves Jolene with an uneasy feeling, and there is no love lost between him and Mike. He makes fun of Mike for wearing a poncho, and finally, Jolene realizes it is because he is large like her Papa and can’t find shirts to fit him correctly.

“Was that why he wore a poncho to cover his size? And a beard to cover his face? She suspected someone had hurt him deeply, and he covered it up with his quick wit, smart mouth, and a big poncho.”

The story has the good, the bad, and the ugly of people. It will have those who treat others in a despicable way, it will have some who see the good in people, no matter what others think, and it will have those who do the right thing, sometimes even if it may seem like it is wrong. The tale is full of historical references to products that add a wonderful touch to this fast-paced, action-packed romantic suspense story. The chemistry between Mike and Jolene is a sweet and spicy love story and has two people who struggle to find their happiness. Sometimes, even stepping outside of their comfort zone and taking chances.

“The lady in her hesitated. Curiosity took over.”

The story has life and death, with plenty of danger, and will have three people hiding. But like all good stories, the bad guy will get his comeuppance, and eventually, love wins in the end. The story does have steamy scenes between Mike and Jolene.

“I want our loving to be more than good. I want it to be earth-shattering, soul-stealing, lip-sucking, mind-blowing, deep-down wonderful.”
Read more
Helpful
Report abuse

Arlene Judy Esposito
5.0 out of 5 stars Beneath a Fugitive Moon (Prairie Moon Trilogy Book 2)
Reviewed in the United States on February 23, 2020
Verified Purchase
This 2nd book in this Trilogy is as wonderful as the 1st Book, Beneath a Horse Thief Moon. From the first page to the last, not one boring, slow moment. I was happy to follow our hero and heroine, Jolene and Mike, through the many twists and turns of a well thought out storyline. Well written secondary characters which I cared about as much as the hero and heroine, especially the saloon gal, Molly. Loved her and her wonderful sense of humor. Of course we need a few dastardly villains for a good historical western and this author knows how to write them. A very satisfying read and I can't wait to get the 3rd book as soon as it's available. JudyE
Read more
Helpful
Report abuse

Marlene
5.0 out of 5 stars Mike loves her laugh and quick wit…
Reviewed in the United States on September 29, 2020
Enjoyed Book 1! Loved Book 2! This series holds a readers interest with adventure, historical western ambition, and, romance with heartfelt emotion. With her parents away, Jolene has finished her year of teaching and wants to return to the family ranch. She shows no fear in driving her buggy with the magnificent pair of black horses, out to the ranch. With ruthless rustlers still at large, I could “hear” her screams as those terrible men attacked her, drug her from her buggy and began tearing off her clothes. Deputy U.S. Marshal Mike Sutton had been on his way to the ranch to fulfill the request of Jolene’s father that he protect her while they were gone. As he comes over the hill, he hears her screams, sees the gal he has long adored, fighting for her life. That is the beginning and the action never stops. Loved this book.
Read more
Helpful
Report abuse

Big Red
5.0 out of 5 stars Starts with Action
Reviewed in the United States on February 15, 2021
This story starts with a scene that sets the stage for a suspenseful story with more than one danger to Jolene, the young woman all the men in town want, for her father's money. Matt is a great hero in this spicy romance. There is a great cast of characters the author draws on as she moves her plot forward. I love the author's use of language. A great read.
Read more
Helpful
Report abuse
See all reviews

Sharon R.
5.0 out of 5 stars Excellent read !!
Reviewed in Canada on August 12, 2019
Verified Purchase
Thoroughly enjoyed the second book of this trilogy---So looking forward to the next.
Read more
Report abuse

Kathryn Leither
5.0 out of 5 stars Another hit
Reviewed in Canada on September 5, 2020
Verified Purchase
I am loving this series. I can't wait for Book 3!! Will Molly and Josh finally get together? Two thumbs up!
Read more
Report abuse
See all reviews