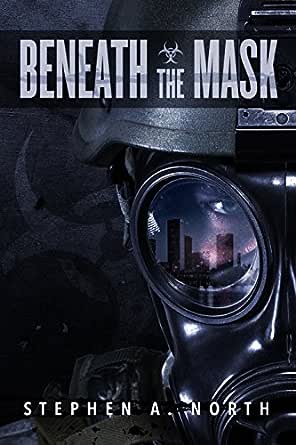 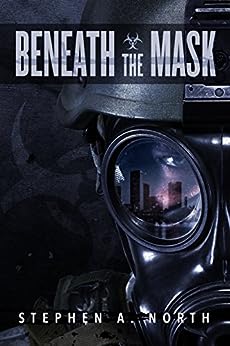 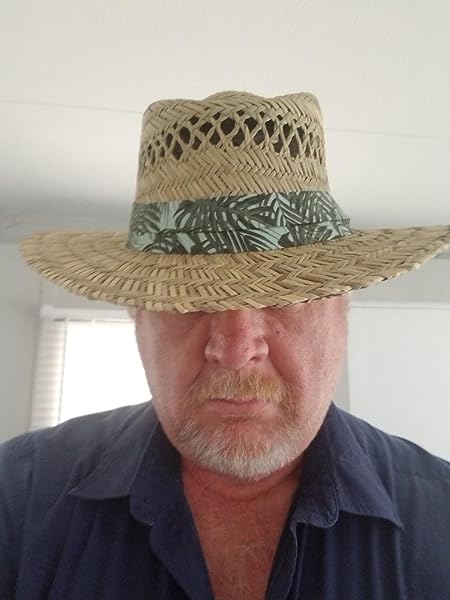 The author is an ex-Army Military Police Reservist and has a BA in English Literature from USF. He is also the lead writer for a computer game called Mutants Rising. --This text refers to an alternate kindle_edition edition.

3.7 out of 5 stars
3.7 out of 5
15 customer ratings
How does Amazon calculate star ratings?
Amazon calculates a product’s star ratings based on a machine learned model instead of a raw data average. The model takes into account factors including the age of a rating, whether the ratings are from verified purchasers, and factors that establish reviewer trustworthiness.
Top Reviews

J. Souza
5.0 out of 5 stars Riveting, Claustrophobic Sci-Fi Thriller!
Reviewed in the United States on March 16, 2015
Verified Purchase
To be human nor not to be human, that is the central question in Stephen North's new novel, BEHIND THE MASK, which was an adaption from a previous book. When a mysterious virus ravages the Tampa Bay area, Sergeant Alex Cray and his crew of National Florida Guard are forced to deal with the ensuing crisis. Donning his MOPP suit, he soon discards the mask, viewing it as cumbersome, and takes his chances. But what manner of virus is this that turns people into killers?

Told in urgent first-person, present tense from Cray's point-of-view, this action packed thriller left me slightly unsettled. Cray is a mess of a man and ping-pongs from one crisis to another with ease, barely escaping with his life in each case. The twists and turns in this novel come non-stop and Cray realizes he can trust no one. It soon becomes apparent that this is an alien invasion and alien virus. Strange and mysterious things happen.The air become turbulent. Lightning strikes and other phenomena. The 'human masks' disguises aliens from humans, and because of this Cray must trust his gut and act on instinct. Cray is a man who acts first and answers questions later. He is a classic, old-school tough guy and full of resolve. Bruce Willis in Diehard. More than once in this novel he is knocked unconscious only to rise from the ashes to defeat a nemesis. I liked that he's a sucker for love too, and North does a find job smattering details of his previous life. The alien element, combined with the apocalyptic scenario, gave it distinct a noir feel similar to Blade Runner.

If you enjoy a well-written book with plenty of action this is the story for you. Intriguing concept as well as a fresh take on the concept of viral contagion. Warring alien groups traveling to earth to complete a mission. Slaves, sex, violence—this has it all! North writes with flair and passion for his character, and certainly knows how to hook a reader. This was a very entertaining read and I highly recommend it.

C.T. Top Contributor: Star Trek
4.0 out of 5 stars Aliens attack and our hero is left to pick up the pieces
Reviewed in the United States on March 8, 2016
Verified Purchase
An engaging example of science-fiction. What do aliens, a mysterious mist, mass disappearances, and super-soldiers all have to do with each other? In Beneath the Mask, Sgt. Alexander Cray is as confused as the reader as the situation degenerates into violence and savagery. The book perhaps overloads the reader too much with information at the start, some of it seemingly contradictory, when it should have kept things mysterious but the main character is likable with a action movie tough-guy personality. If you get past the introduction, the story really takes off with Cray's analysis of the surreal situation. The story builds throughout as more and more clues are given to what is going on and what the alien's agenda truly is.
Read more
2 people found this helpful
Helpful
Comment Report abuse

Paul R. Hetzer
5.0 out of 5 stars A fast-paced post-apocalyptic sci-fi adventure!
Reviewed in the United States on December 21, 2015
Verified Purchase
I did know what to expect with this book and was more than pleasantly surprised. It is a dark and sinister tale that explores the morality of survival in a situation where you don't know who your friend is or who you can trust. Where the lesson learned is that in desolate dark times you can only trust in yourself and that there is a thin line between good and evil. A line very easy to cross.
Beneath the Mask is a very well-written tale of an Army Sergeant on a quest to find his parents and the mission creep that leads him awry in the face of unrelenting enemies and doubtful friends.
The cliffhanger of an ending leaves you craving for more!
Read more
One person found this helpful
Helpful
Comment Report abuse

John M. Reinking
2.0 out of 5 stars Author Not Quite Ready for Primetime
Reviewed in the United States on August 22, 2013
Verified Purchase
I'm not sure the other reviewers read the same book. I know this is the author's first published novel and it shows. There is no character development and action sequences are very disjointed. Told in first person, the story progresses in fits and starts and is nearly incoherent. After starting off as a potential bio-hazard novel, it then goes a completely different and unbelievable direction. The structure of the dialog is so rapid fire that it is difficult to keep straight who is talking and what other action is happening at the same time.

I ride the train to and from work everyday, so I am blessed with lots of time to read. I will stick with a book, even if I don't necessarily enjoy it, because I read over 100 books a year and I have the time to slog through something that is not quite my cup of tea. After 200 pages of this book, I just gave up and flipped to the end to see how it turned out. Glad I saved myself 150 pages or so. The author's background should provide very good resource for a fun read - I hope he keeps trying but I wouldn't buy the book based on 5 glowing reviews like this one has. Took a chance - it didn't work out.
Read more
Helpful
Comment Report abuse

sully
3.0 out of 5 stars Good idea but strange
Reviewed in the United States on October 20, 2013
Verified Purchase
Mask by Stephen North is an end of the world story with a plague and alien invasion in Tampa. The hero is a military policeman who spends a lot of time questioning why he continues to keep fighting and he gets knocked out often. It has action and some suspense but just felt odd to me.
Read more
Helpful
Comment Report abuse

Cara M. Marshall
5.0 out of 5 stars Excellent
Reviewed in the United States on February 3, 2015
Verified Purchase
Once again great book! Kept me turning the pages and rooting for Alex! Can't wait to see what happens next!
Cara M
Read more
One person found this helpful
Helpful
Comment Report abuse
See all reviews from the United States

Richard D
2.0 out of 5 stars Humanoid aliens in silver rompr-suits ? Pull-eease !!!
Reviewed in the United Kingdom on April 12, 2014
Verified Purchase
Stephen North is a brilliant write - have a read of anything else by him. And even this is technically well written but the ploy is infantile when it comes to the aliens. But I guess the exception proves the rull, so do buy his other stuff, you definitely wont regret it !! This, however is one to avoid....
Read more
Helpful
Sending feedback...
Thank you for your feedback.
Sorry, we failed to record your vote. Please try again
Report abuse