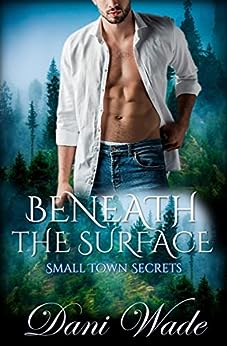 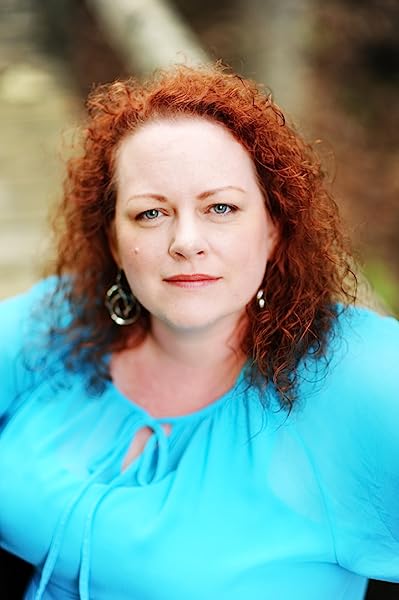 Beneath the Surface Kindle Edition

by Dani Wade (Author) Format: Kindle Edition
See all formats and editions
Sorry, there was a problem loading this page. Try again.
Welcome to Cadence, TN–where secrets can be deadly.

Too many secrets…
Hidden in a quiet town along the Tennessee border, a secret society exists where the privileged fulfill their darkest desires. One of their members initiates a desperate act designed to bring home his lifelong obsession: Emma Hartwell.
A past not forgotten…
Drawn back to her hometown by the psychic connection with her twin, Emma must fight the stubborn silence of those around her in her quest to find her missing sister. Colin McIntyre hopes to make up for his past mistakes with Emma by helping her, but his own ties to the Gathering might be exposed along the way.
Time is running out…
Exposure could be dangerous for his family, along with himself and Emma. Can they fight the secrets and lies to rescue Emma’s sister… and their own chance at life-long love?

Other books in the Small Town Secrets series (can be read in any order):
BEHIND THE SCARS
SNOW BOUND
Read more
Previous page
Next page

With characters to root for and fall in love with, each story showcases explosive sensuality with a backbone of suspense in well-written romantic stories with a core of emotional truth.

A childhood spent in the rural south helped Dani Wade discover her favorite form of entertainment: imagining herself in the roles of romantic heroines. She now juggles her writing obsession with a patient hubby, two lively kids, and a day job. She Indie-publishes her sexy suspense books and her contemporary romances are published with the Harlequin Desire line.

Yes, life is crazy, but she attempts to navigate the potholes with her trusty To Do List and handy timer. When she finally finds time to breathe, she enjoys time with her family, nights out with friends, and the occasional Krispy Kreme donut (shh… don’t tell anyone).

“Summer in the South has never been hotter or more appealing.” ~RT Book Reviews

* DESIRE heroes have it all: wealth, power…everything but the perfect woman. But when secrets and scandal break through their envied positions, the result is a Dani Wade HARLEQUIN DESIRE page-turner of seriously hot proportions.

* Rock stars are an illusive, bigger than life stereotypes…but in her BACKSTAGE PASS series, Dani Wade reveals the men behind the media images. These heroines are nothing like the world would expect, yet they manage to tame their men every time.

* No one suspects anything sinister in most sleepy southern US towns, but what’s lurking beneath that friendly surface might be deadly. Dani Wade explores the dark side of the South in her SMALL TOWN SECRETS series.

“Wade’s newest is an intriguing story with suspense, characters to root for and a combustible romance. Not only is there a lot to like here, but the potential for the series is high.” ~RT Book Reviews

“Dani Wade does a wonderful job of using flashbacks, dialogue and in depth story telling to create a beautiful, well rounded, coming of age story that hints at suspense.” ~Night Owl Reviews

Don’t miss a release! Follow Dani here on Amazon and sign up for her newsletter for new release information and exclusive behind the scenes fun at www.DaniWade.com .

4.0 out of 5 stars
4 out of 5
26 global ratings
How customer reviews and ratings work

jennifer schultheis
5.0 out of 5 stars A Must READ!!!
Reviewed in the United States on December 1, 2014
WOW....it's the only word I can think of right now that describes how I felt while reading Beneath the Surface. I was thrilled when I got this book because I was looking forward to reading it. So, I thought I would pick it up and read for maybe twenty minutes then come back to it later when I had more free time....WRONG! Beneath the Surface drew me in and refused to let me go. There was no way I was putting this book down, even for a second. Once I started reading this book, it was the only thing that mattered. Dani Wade did an amazing job with this book and I'm so happy I decided to read it. Beneath the Surface is one of those of books that will stay with you long after you've read it. I'm still reeling from what I just read. Beneath the Surface is well written and the storyline is intriguing. The characters are well developed and completely fascinating. I felt like I was in the background watching these characters play out their story....and what a story it was! Definitely recommended!
Read more
2 people found this helpful
Helpful
Report abuse

Linda Rimer-Como
5.0 out of 5 stars Great book!
Reviewed in the United States on December 8, 2014
Great story that is well written with detailed characters that have good connections. Kept me guessing from beginning to end and was impossible to put down. There is mystery, suspense and sexual attraction. The bond between twins is strong, but will it be strong enough to save them! Enjoyed the book and look forward to more from this author.

Sheryl mcnaught
5.0 out of 5 stars Loved it
Reviewed in the United Kingdom on July 1, 2016
Verified Purchase
I enjoyed this book it had suspense and romance. TWINS share a bond and when one twin goes missing the other one heads back to her home town to look for her
Read more
Report abuse
See all reviews