Beneath the Vault of Stars (The Daybringer Book 1) and millions of other books are available for Amazon Kindle. Learn more
Share <Embed> 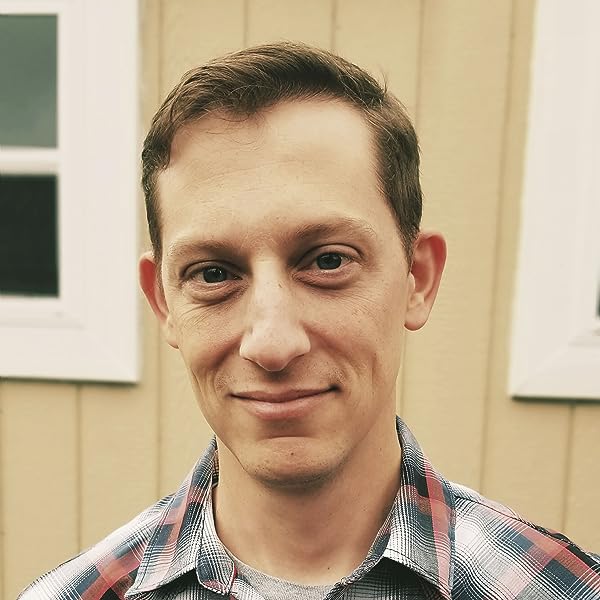 Beneath the Vault of Stars (The Daybringer) Paperback – May 1, 2020

by Blake Goulette (Author)
5.0 out of 5 stars 7 ratings
See all formats and editions
Sorry, there was a problem loading this page. Try again.

Kalas had always thought of Lohwàlar, his hometown, as a simple place where nothing noteworthy ever happened. That all changes on his fourteenth birthday, when, at the bottom of a dried-up ocean, he and his father discover something no one has ever seen: something with a sinister presence and an inescapable sense of wrongness surrounding it.

It's not long before strange creatures, risen from the pages of the world's mythology, make their presence known for the first time in uncounted thousands of years, wreaking havoc and destruction upon all who stand in their way. At the same time, Kalas learns there's a prophecy from an unremembered time; a prophecy whispered in secret by a select few charged with protecting humankind from the advent of another evil age. A prophecy some believe only Kalas can fulfill.

His once-simple world totters on the brink as the forces of dark and light grapple for supremacy. Thrust against his will into fast-unfolding events, accompanied by his friends and mentors, Kalas must undertake a perilous journey through lands he's never known and into dangers he's never imagined. He must uncover the mysteries of an ancient power, present from before the foundation of the world, as he strives to grasp his place within the prophecy. Will his choices save the world—or condemn it?

Start reading Beneath the Vault of Stars (The Daybringer Book 1) on your Kindle in under a minute.

Blake Goulette, fantasy and sci-fi author, used to keep himself awake at night with horror novels purloined from his parents’ bookshelf. Now a husband and a father, he usually writes when everyone else (except the cat) goes to sleep. Raised in rural Guilford, Maine, and its abundant woods and nearby mountains, Blake enjoys exploring the outdoors with his two boys, working with his hands, and pretending someday he’ll learn how to play that guitar hanging on his wall. Today, he and his family call Holly Springs, North Carolina, home.

Nancy B.
5.0 out of 5 stars Hope to hear more from this author.
Reviewed in the United States on January 21, 2018
Verified Purchase
Is it a mystery, a thriller, is it science fiction? Beneath the Vault of Stars is definitely a combination of all of those! It is a novel to be read by a reader of any age. Eagerly awaiting the second installment. The book has a mystical tone. If this were to be made into a movie, the special effects would be amazing. For a first novel, the writer has a knack for putting one right in the action, very descriptive. Excellent read.
Read more
One person found this helpful
Helpful
Report abuse

Amazon Customer
5.0 out of 5 stars Mind warping
Reviewed in the United States on December 1, 2017
Verified Purchase
A good read with great character development and the right amount of character background. Very descriptive and full of action with adventures and a story line that are beyond imagination. Still trying to wrap my head around it all! Excited to learn what happens to Kalas and co. in the next book.
Read more
Helpful
Report abuse

Christine T
5.0 out of 5 stars SATISFYING read...I can't wait for the MOVIE(S)!
Reviewed in the United States on January 30, 2020
DEVOURED this book! As an insanely busy mom, wife, and full-time worker at a fast-paced technology company, my efforts to make the time to read this story were astronomical. Without giving away too much, I found myself lost and totally immersed in the story, in step with its characters and enthralled with its...beasts :) I. CAN'T. WAIT. for the next installments...Hurry up, Blake!!
Read more
Helpful
Report abuse

Emily
5.0 out of 5 stars Coming of age fantasy-Exciting read!
Reviewed in the United States on August 25, 2018
Exciting read! In a similar vein to Harry Potter, Hunger Games, and CS Lewis Narnia series. I definitely recommend it to fantasy and sci-fi enthusiasts. Blake creates a very rich and believable new world, while leaving room for the imagination. Great plot and storyline, so I'm looking forward to the next two books of the trilogy!
Read more
Helpful
Report abuse

hockeyfan333
5.0 out of 5 stars Great book, an easy read
Reviewed in the United States on April 8, 2020
This is a fantastic read! High fantasy that reminds me of Tolken or Lewis. I can't wait for book two!
Read more
Helpful
Report abuse

David McNeill
5.0 out of 5 stars Expert book review
Reviewed in the United States on May 8, 2020
Never read the book, but girl on the cover seems pretty cool
Read more
Helpful
Report abuse

amazon customer 2
5.0 out of 5 stars A great series is birthed! Worthy of the Big Screen!
Reviewed in the United States on December 8, 2017
Beneath the Vault of Stars (The Daybringer) (Volume 1)  I cannot wait for the movie!!!! The imagery is so well developed visualization in one's mind is automatic. The opportunity for the most awesome special effects in producing this story is tremendous! (James Cameron (Avatar)...Peter Jackson, (Lord of the Rings)....are you seeing this?)
This story about another world has elements of horror, science, suspense, and a nearly camouflaged undercurrent of prophesy and salvation; I'm anxious to see how this develops as the trilogy progresses. And I cannot wait for Volume 2!! The characters, although like no humans you would know, become real and cause the reader to truly care about them and their future. The created language is easy to understand and follow. Hard to put down!
Read more
Helpful
Report abuse
See all reviews
Back to top
Get to Know Us
Make Money with Us
Amazon Payment Products
Let Us Help You
EnglishChoose a language for shopping. United StatesChoose a country/region for shopping.
© 1996-2021, Amazon.com, Inc. or its affiliates