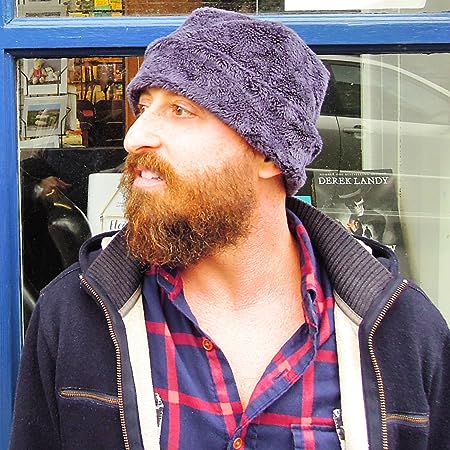 Benjamin Rubenstein is a speaker, acclaimed storyteller, and author of two books and essays in anthologies, literary reviews, and popular websites. His talks and writing, both fiction and nonfiction, combine humor and reallness that inspire others to adapt to their challenges. He is the author of the memoir, "Twice How I Became a Cancer-Slaying Super Man Before I Turned 21," and the memoir for ages 10 and up, "Secrets of the Cancer-Slaying Super Man."

Rubenstein graduated from the University of Virginia with a degree in economics and earned his Master of Fine Arts in creative writing degree from University of Southern Maine's Stonecoast program. He’s earned a certificate in advanced communication from Toastmasters International and an award for writing in plain English from the federal government, where he teaches others how to write clearly. He lives in the Washington, D.C., area with his spouse. 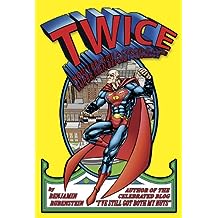 Twice: How I Became a Cancer-Slaying Super Man Before I Turned 21 Oct 15, 2010
by Benjamin Rubenstein, Anthony Geist
( 30 )
$5.00
At 16, when most juniors are worried about getting that first car, getting a hot date, getting on the tennis team or getting into college, Benjamin Rubenstein got cancer. Too proud to accept the ministrations of his family, too angry to acknowledge the terrible odds, too young to find consolation in philosophy, Rubenstein devised his own strategy of survival: developing the delusion that he is superhuman. He would need it as he embarked on an adolescence consumed by harrowing surgeries, transplants and chemical therapies.

This compelling, behind-the-scenes story, which he chronicles in excruciating detail, combines the author's unique blend of humor, honesty, and the indefatigable attitude that helped him endure two cancers and their treatments and aftermaths.

When he regained his strength at 20, Rubenstein did not advocate for others or make cancer a career. His story suggests that we do not need to burden young people who've had cancer with the expectation that they will emerge from the disease as saints. Instead, Rubenstein's clear-eyed message is that life is worth living, even if you don't expect to live to be a hundred.

Rubenstein brings a fresh perspective to health concerns that are not addressed by the more traditional cancer communities. Leading edge voices like Rubenstein's show us they have something to say that spans all generations while striking a responsive chord with people who have had cancer in their teens and twenties.
Read more
Other Formats: Hardcover 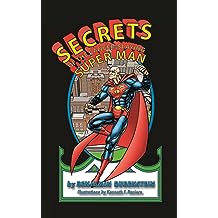 Secrets of the Cancer-Slaying Super Man Oct 14, 2014
by Benjamin Rubenstein
( 21 )
$4.00
"Secrets of the Cancer-Slaying Super Man is one of the more unique boyhood stories of survivorship and overcoming unexpected challenges during our maturing years. Rubenstein's positivity serves as a reminder that no matter the setback, obstacles can always be overcome with the right mindset and a great support system around you. Children and teens with cancer or other illnesses will find Secrets funny, truthful and inspiring."—Doug Ulman, former president/CEO of Livestrong

Benjamin Rubenstein was diagnosed with Ewing's sarcoma, a bone cancer, when he was 16. He spent much of his junior year of high school at the National Institutes of Health Clinical Center in Bethesda, Maryland, getting chemotherapy and radiotherapy and rehabilitating from the surgery that left him without his left hip bone. A year later, that treatment caused myelodysplastic syndrome, a cancer of the bone marrow, whose treatment at the University of Minnesota Medical Center included a bone marrow transplant from the cells of a stranger's umbilical cord. He dealt with these experiences through obsessive focus and by creating unbreakable life rules and the delusion that he was superhuman.

The popularity of Rubenstein's memoir for adults, Twice, has inspired this beautifully illustrated version for teens and tweens that describes the entire process of cancer and its treatments and aftermath. It is the only book for boys on the subject written by a young, bright and promising young man who's had cancer and was determined not to be beaten down by disease and treatment.
Read more
Other Formats: Hardcover