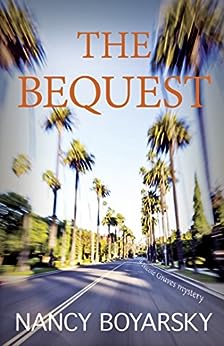 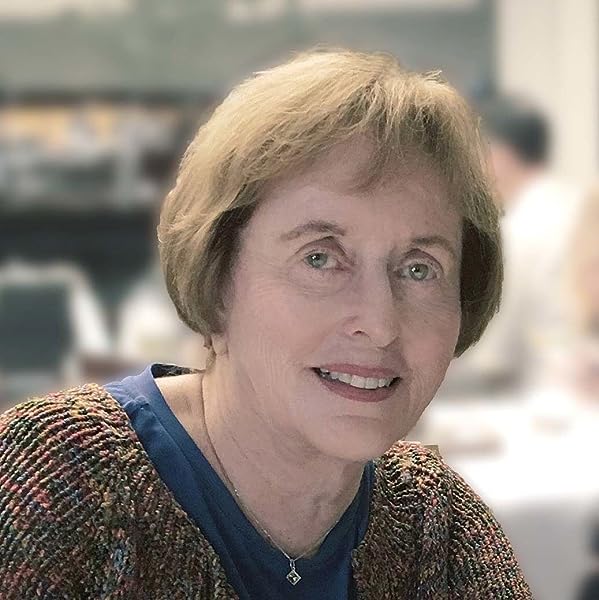 by Nancy Boyarsky (Author) Format: Kindle Edition
Book 2 of 6: Nicole Graves Mysteries
See all formats and editions
Sorry, there was a problem loading this page. Try again.
Nicole Graves, still reeling from her kidnapping in London, is struggling to balance work at L.A.’s most prestigious law firm and a long-distance romance with her English lover. Things go sideways when she tracks down a missing colleague. The murder of the firm’s in-house investigator, his mysterious wealth, and his inexplicable bequest make Nicole a target for the police, the paparazzi, and the killer.

When Nicole’s life takes an unexpected turn, she uncovers evil and corruption among the city’s most powerful people. The fast-paced mystery unravels against the backdrop of L.A. with its peculiar mix of balmy weather, the celebrity-crazed media, and a corrupt power structure hidden by the veneer of glamour and wealth.
Read more
Previous page
Next page

"The second book in the Nicole Graves Mystery series is a fast-paced, roller-coaster mystery filled with corruption at the highest level. Characters are shifty and secretive, yet they are also lovable in their own ways. The plot is filled with twists and turns and red herrings. Boyarsky is a creative author and uses this skill to grab fans and not let go until the last page." -- RT Reviews

"A charismatic heroine, suspenseful scenes, and a budding romance make this easy going mystery light enough to take to the beach and engaging enough to keep the reader on their toes, generating excitement for the next installment." -- Foreword Reviews

"What a roller coaster of a ride! Found myself turning pages late into the night as heroine Nicole Lewis fights for her life (and finds romance) in this gripping story of corruption in the highest echelons of Los Angeles's power elite. Loved it!" --Laura Levine, author of the popular Jaine Austen Mysteries.

"The Bequest is a compelling mystery that has well-developed characters, fast pacing, and a fascinating plot. This is a book that could only be set in Los Angeles, and Boyarsky writes with knowledge and insight about the city's politicians, media, and obsession with glitz and glamour. A great read!" -- Miles Corwin, best-selling author of The Killing Season and Homicide Special

"The Bequest is even better than The Swap,Boyarsky's previous book, which was itself a great read!" -- Charles Rosenberg, Best-selling author of Death on a High Floor

The Bequest: A Nicole Graves Mystery is Nancy Boyarsky’s second novel, following The Swap, which is the first of the Nicole Graves mysteries. Before turning to mysteries, Nancy coauthored Backroom Politics, a New York Times notable book, with her husband, Bill Boyarsky. She has written several textbooks on the justice system as well as articles for publications including the Los Angeles Times, Forbes, and McCall’s. She also contributed to political anthologies, including In the Running, about women’s political campaigns. In addition to her writing career, she was communications director for political affairs for ARCO. Readers are invited to connect with Nancy through her website at nancyboyarsky.com. --This text refers to the paperback edition.

"An impressive and deftly crafted mystery replete with unexpected twists and surprising turns, 'The Bequest' is a terrifically entertaining read and very highly recommended for community library Mystery/Suspense collections." — The Midwest Book Review
--This text refers to an alternate kindle_edition edition.
Read more

Nancy Boyarsky is the bestselling author of the award-winning Nicole Graves Mysteries.

Reviews compared The Swap to the mysteries of Mary Higgins Clark and praised Nancy for contributing to the "women-driven mystery field with panache" (Foreword Reviews) as well as for their "hold-onto-the-bar roller coaster" plots (RT Book Reviews). Kirkus had special praise for The Bequest, concluding, "Boyarsky's weightless complications expertly combine menace with bling, making the heroine's adventures both nightmarish and dreamy." Her most recent mystery, The Entitled, fifth in the series, received praise from Foreword Reviews for "vibrant street scenes, swift pacing, and Nicole's steely nerve." It was chosen by Apple Books as one of the most anticipated books of the fall.

Before turning to mysteries, Nancy coauthored Backroom Politics, a New York Times notable book, with her husband, Bill Boyarsky. She has written several textbooks on the justice system as well as articles for publications including the Los Angeles Times, Forbes, and McCall’s. She also contributed to political anthologies, including In the Running, about women’s political campaigns. In addition to her writing career, she was communications director for political affairs for ARCO.

The first book in the series, The Swap, won a gold medal Erik Hoffer Book Award. In response to the controversial and incendiary themes explored in the third Nicole Graves mystery, Liar Liar, Nancy Boyarsky was invited to present at the American Library Association Annual Conference in 2018 on "Women-Driven Mysteries in a Post #MeToo World."

Each book of the Nicole Graves mystery series can be read as a stand alone. Readers are invited to connect with Nancy through her website at nancyboyarsky.com.

Kindle Customer
4.0 out of 5 stars What a pleasant surprise
Reviewed in the United States 🇺🇸 on August 6, 2015
Verified Purchase
Somewhere along the way Amazon or bookbud or someone recommended this book to me. I just finished it, and I truly enjoyed reading it. Now I'm not one for gory thrillers. In fact, I usually won't read a book if it classifies itself as a thriller. This book is well plotted, with pacing that held my interest from the first page to the last. Nicole, through no fault of her own, gets swept up into events, and media coverage, that totally upend her life. She uses her own intelligence to extricate herself. No artificial, heart pounding. Just good plotting. The characters are believable and their actions flow organically from the plot, not from puppet strings because the author "needs" something to happen. I will definitely read more by this author. After I got into it, it became obvious that it isn't the first in the series. No matter. It is perfectly understandable stand alone. All around a good read.
Read more
3 people found this helpful
Helpful
Report abuse

Kindle Customer
3.0 out of 5 stars Good Start
Reviewed in the United States 🇺🇸 on November 24, 2017
Verified Purchase
The is book 2 of 2 books. The main character, Nicole, hits the ground running as soon as she returns from visiting a boyfriend in London. Nicole is manager of a law firm and discovers the firm's investigator is missing . She goes to his house and finds him dead of a bullet wound to the head. Two days later she discovers he has left her millions of dollars in money and property. From that moment on she is a hunted woman dodging killers and paparazzi. Throw in an appearance of a new guy she gets involved with (though there are no love scenes) and her London boyfriend for a short scene and you have the book. Then the book is just wrapped up and ends abruptly. I bought this book based on book one. Don't think I'd buy another one.
Read more
One person found this helpful
Helpful
Report abuse

dedlund
5.0 out of 5 stars Intelligent plot and a thoroughly delightful protagonist!
Reviewed in the United States 🇺🇸 on July 21, 2018
Verified Purchase
The Bequest is a delightful read; definitely a cozy mystery—easy to recline in the summer shade with a favorite beverage and quickly pass the hours following the adventures of the story’s protagonist, Nicole Graves. Nicole has street-smarts and is strong-willed, exactly what I like to discover in a leading character. Author Boyarsky brings authentic dialog, fast-paced action, and a clever plot that could be snatched from tomorrow’s headlines. I’d rate The Bequest 6 stars if I could!
Read more
Helpful
Report abuse

Amazon Customer
5.0 out of 5 stars The Bequest
Reviewed in the United States 🇺🇸 on September 5, 2017
Verified Purchase
Nicole comes home from London, the setting for Book 1, and keeps expecting a contact from her English lover. He doesn't call and when she returns to her office at the law firm, she learns their investigator is missing. Since she has helped him on cases on occasion, she starts looking for him and things get really wild from there. This book is hard to put down and really keeps you guessing. I'm ready for Book 3!
Read more
3 people found this helpful
Helpful
Report abuse

The Word Warrior 2
4.0 out of 5 stars Great adventure
Reviewed in the United States 🇺🇸 on September 26, 2018
Verified Purchase
This book far surpassed the 1st book, but both were worth reading. The author takes you on the adventure. I advise a read.
Read more
Helpful
Report abuse

Read a lot
5.0 out of 5 stars Couldn’t put it down
Reviewed in the United States 🇺🇸 on September 22, 2018
Verified Purchase
I love this author! This is the second book I’ve read in this series. Can’t wait to read the next. I love Nicole Graves. She’s a sassy strong woman, who has the smarts to outwit them all! Thanks for the good read.
Read more
Helpful
Report abuse

Kindle Customer LL
5.0 out of 5 stars Light and fun reading
Reviewed in the United States 🇺🇸 on October 8, 2018
Verified Purchase
Enjoyed this book as I did the first in the series. It is light and easy reading but enjoyable. Character is normal person that gets into trouble all the time.
Read more
Helpful
Report abuse
See all reviews
Report an issue
Does this item contain inappropriate content?
Report
Do you believe that this item violates a copyright?
Report
Does this item contain quality or formatting issues?
Report