You've subscribed to I Can Read Level 1! We will preorder your items within 24 hours of when they become available. When new books are released, we'll charge your default payment method for the lowest price available during the pre-order period.
Update your device or payment method, cancel individual pre-orders or your subscription at
Your Memberships & Subscriptions
There was an error. We were unable to process your subscription due to an error. Please refresh and try again. 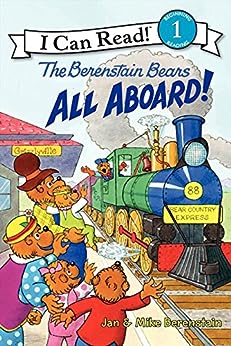 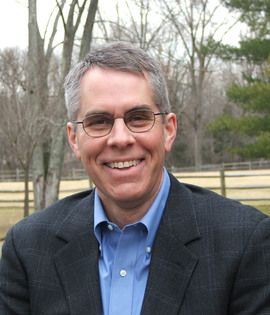 The Berenstain Bears: All Aboard! (I Can Read Level 1) Kindle Edition 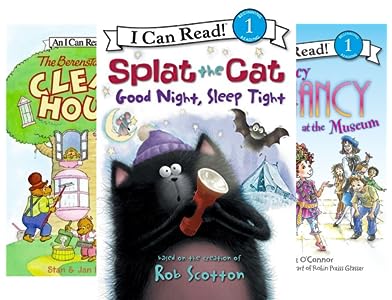 The Bears are on a steam train trip across Bear Country. Mama and Papa enjoy the scenery, but the cubs want to learn about the train. If they are lucky, Grizzly Jones might let them blow the whistle. Woo-hoo!

Beginning readers will feel like they are on board with the Bear family as they pass new sights and find out all about how the train runs.

Stan and Jan Berenstain were already successful cartoonists for magazines and adult humor books when they began writing children's books. The first story starring the bear family, The Big Honey Hunt, appeared in 1962. Since then, more than 370 Berenstain Bears books have been published, and more than 300 million copies have been sold. What began as an idea sparked by their young sons' love of reading has become over the years arguably the best-selling children's book series ever.

Since their inception, the Berenstain Bears stories have expanded to include picture books, beginning readers, and chapter books--even a hit TV show on PBS. Writing and illustrating the books has become a Berenstain family affair. Mike joined with his parents as a creative team in the late 1980s. The Bear family has expanded over the years as well. Sister Bear arrived in 1974, and baby Honey joined the family in 2000.

Though Stan died in 2005 and Jan in 2012, Mike continues to create the delightful Berenstain Bear adventures from his studio in Pennsylvania.

4.8 out of 5 stars
4.8 out of 5
171 global ratings
How are ratings calculated?
To calculate the overall star rating and percentage breakdown by star, we don’t use a simple average. Instead, our system considers things like how recent a review is and if the reviewer bought the item on Amazon. It also analyzes reviews to verify trustworthiness.
Top reviews

LESHA HENDERSON
5.0 out of 5 stars "I Can Read" a GREAT start
Reviewed in the United States on June 2, 2017
Verified Purchase
Book arrived in great conditional & well packaged. I became an "I Can Read" fan in 1997 with my son. Now I have two Godchildren ages 6 & 4; once again we're ready to go. We're excited to begin our Summer practice studies.
Thank you
Read more
2 people found this helpful
Helpful
Report abuse

Keri-Ann
4.0 out of 5 stars great book for a fan of trains
Reviewed in the United States on March 28, 2014
Verified Purchase
Just like me growing up, my 2 year old loves the Berenstain Bears. We read this one frequently. These I Can Read books don't have the number of words or language that the other Berenstain Bear books have. But they're shorter for the limited attention span. Some of the wording bothers me as a teacher; 2 simple sentences versus combining it into a complex sentence. I sometimes change it while reading to him. My son loves to read this one, and that's what is important.
Read more
2 people found this helpful
Helpful
Report abuse

JLSG
5.0 out of 5 stars Great for a young train lover
Reviewed in the United States on December 28, 2012
Verified Purchase
My son who is 2 y 10 mo LOVES trains, is partial to the Berenstain Bears, and hence picked this book out himself. The book is a hit. Unlike most Berenstain books, there is no underlying lesson here. It is just a story about the family taking a train ride. The story is interesting though and rather complete as it relates to the details of a train ride for a fiction story written for young readers. There is also lots to see and discuss in the artwork on each page. My son has me read it multiple times in a row. Definitely a great purchase for us.
Read more
4 people found this helpful
Helpful
Report abuse

Rachel
5.0 out of 5 stars Perfect for my 2 year old train lover
Reviewed in the United States on August 20, 2017
Verified Purchase
Perfect for my 2 year old train lover... I like that it's not just about trains, but includes the scenery that they pass through as well. We've read it at least twice every day for the past 2 weeks...
Read more
One person found this helpful
Helpful
Report abuse

Carter
4.0 out of 5 stars Four Stars
Reviewed in the United States on June 30, 2018
Verified Purchase
it is liked and got for the childs collection
Read more
Helpful
Report abuse

Samantha W.
5.0 out of 5 stars Had to read it twice, loved it!
Reviewed in the United States on December 25, 2015
Verified Purchase
My toddler made me read this 2 times in a row when he got it. Then he pretended to read it to himself.

He's a train fanatic but the Berenstein Bears books always seem to have the right amount of story line & language to delight him. I loved adding it to his collection :)
Read more
Helpful
Report abuse

Jeremy W
5.0 out of 5 stars My son loves the Berenstain Bears, and trains
Reviewed in the United States on April 19, 2019
Verified Purchase
This is a perfect combo. We read it all the time before naps and bedtime.
Read more
Helpful
Report abuse
See all reviews

Amazon Customer
1.0 out of 5 stars Not worth the price
Reviewed in India on November 12, 2020
Verified Purchase
Too much overpriced
Read more
Report abuse