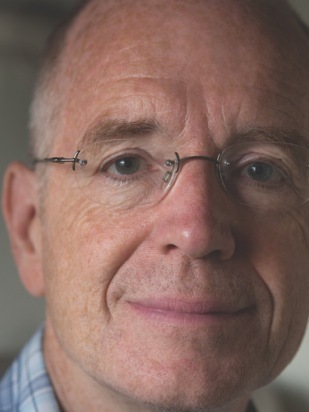 Berlin: Portrait of a City Through the Centuries Hardcover – October 21, 2014

“Berlin is the most extraordinary work of history I've ever read. To call it history is, in fact, reductive. There's some historical analysis, quite a lot of fiction, some philosophizing, lashings of wit and a fair dose of invective. It's a work of imagination, reflection, reverence, perplexity and criticism that reveals as much about the author's precocious mind as it does about the city he adores. The book's most profound feature, however, is its stunningly beautiful writing -- phrases of transcendent rhythm force the reader to reverse and read again.” ―Washington Post

“A wonderfully enjoyable, poetic and instructive tour through the history of this fascinating and changing city. A book that magnificently combines real history and pure reading pleasure. Not just for those interested in Germany, but for anyone interested in the history of Western culture.” ―Stephane Kirkland, author of Paris Reborn

“The admiration and love travel writer and filmmaker MacLean has for Berlin is evident throughout this history of the city, which begins in the 17th century. His careful arrangement of detail and far-reaching scope make for a perfect description of one of Europe's most enigmatic and controversial cities. It's when he explores the minds of Berlin's modern masters...that MacLean reveals his prowess as a storyteller, flawlessly weaving together history, facts, and folklore. Moreover, MacLean's treatment of Berlin under The Third Reich and during the Cold War perfectly reflects the tension of the city's own attempts at remembrance. MacLean brings this "city of fragments and ghosts," with its fractured and volatile past, to life.” ―Publishers Weekly (starred review)

“...sprawling, experimental, and in certain moments, ungainly but also deeply enthralling, much like the city itself.” ―Booklist (starred review)

“A series of imaginative and fanciful narrative segments--a history that is not all gloom and doom. ” ―Kirkus Reviews

“Grandly ambitious . . . splendid. [T]his book is a wonderful achievement, not justly to be summarized in the few hundred words of a review, but hauntingly representing, as in a tangled dream, six hundred years of history.” ―The Telegraph (UK)

“Vivid, imaginative . . . brilliant. What makes MacLean's history of Berlin stand out is that this is an intensely human document, a rich tapestry spanning five centuries and woven together through intimate portraits of twenty-one of its former inhabitants that collectively reveal the narrative of the city . . . Their stories are wholly engaging, written with the flair of a novelist.” ―The Observer (UK)

“superb...[MacLean] has a knack of approaching his subjects obliquely, catching them unawares....original and well-researched. MacLean is a highly visual writer, and his dialogue is crisp and believable. [He] deserves to win all the prizes going.” ―The Tablet (UK)

“Inventive, exhaustive, and energetic. Berlin is . . . a human story. MacLean tells it with a wonder, a sadness, and a compassion.” ―Herald Scotland

“MacLean communicates his love for Berlin and sympathy with its people and gives us a fascinating and entertaining book while he's at it. By the final page the reader has a sense that this is truly one of the world's great cities with stories of significance for all of us.” ―Winnipeg Free Press

“I loved it. It is such a beautiful way of understanding history, its stories are so vivaciously told, it is so heartfelt, so intelligent, and so talkative a book. So many of the characters do end up talking to each other, and the author is eavesdropping. It paints the past and the present, portrays Berlin as a portrait of someone you love. It is beautiful.” ―Jay Griffiths, author of Wild, Pip Pip, and Kith

“[MacLean] writes with the lyricism of Bruce Chatwin and the traveller's eye of Marco Polo. He engages with his readers as if he is talking to an intelligent friend. Read this book if you already know Berlin, or will do one day.” ―The Oldie (UK)

Rory MacLean has known three Berlins: West Berlin, where he made movies with David Bowie and Marlene Dietrich; East Berlin, where he researched his first book, Stalin's Nose; and the unified capital where he lives today. He is the author of nine books and has won awards from the Canada Council and Arts Council of England as well as a Winston Churchill Traveling Fellowship. He was an International IMPAC Dublin Literary Award nominee and is a Fellow of the Royal Society of Literature.