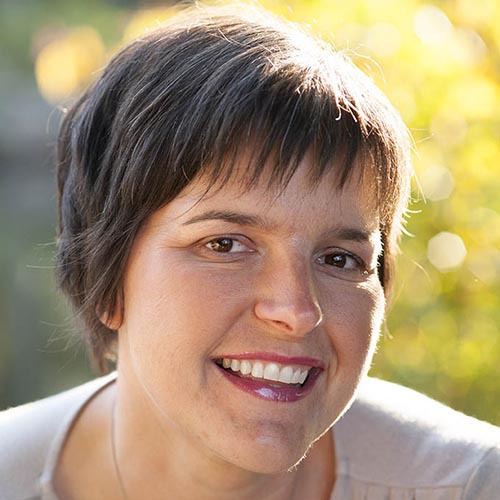 As a writer, BJ Knapp has created numerous corporate marketing pieces and contributed articles to Rhode Island Health & Fitness Magazine. Musically, she has composed a number of original songs of the angry-chick rock variety, which she proudly accompanies on her guitar.

Her time working as a DJ for her college radio station sparked her curiosity about the rock stars and one-hit wonders of the eighties, and this in turn inspired her to write Beside the Music, her first novel.

An avid sailor and scuba diver, BJ enjoys many outdoor activities, including hiking and geocaching, and has made hundreds of failed attempts at cooking. Her blog may be found at bjknapp.com.

BJ and her husband, Todd, live in Rhode Island with their two dogs, Nemo and Potter.

4.5 out of 5 stars
4.5 out of 5
79 customer ratings
How does Amazon calculate star ratings?
Amazon calculates a product’s star ratings based on a machine learned model instead of a raw data average. The model takes into account factors including the age of a rating, whether the ratings are from verified purchasers, and factors that establish reviewer trustworthiness.
Top reviews

kindle reader
4.0 out of 5 stars Cheering for a few more good songs
Reviewed in the United States on February 24, 2020
Verified Purchase
Brenda is a musician’s muse of ‘80s rock stars. She’s married to Tim, but feels something is lacking in her marriage. Will she ever get in good graces with her mother-in-law Portia? Is there something going on with his campaign manager Aria? Would a weekend away be just the thing they need? Brenda's fan letter inspires Australian Keith Kutter, who’s the bassist from the ‘80s band Hydra, to come and have dinner with her and her husband in Rhode Island. But what happens when the band members of Hydra and their entourage all stay at her house and backyard while recording their new album? Will this derail Tim’s chances for election? Will it be more than they bargained for? I wasn’t sure what to expect, but nevertheless picked up this story about aging rock stars working on a comeback album to see what really inspires this rock star to write music again. Cheering for a few more good songs.
Read more
Helpful
Comment Report abuse

Martha
4.0 out of 5 stars Great plot, well-drawn characters
Reviewed in the United States on October 2, 2019
Verified Purchase
I really enjoyed reading this book, the author's debut novel. A not-so-common theme (thank you for that!) and real-life issues direct this story. The relationship between the two main characters, Brenda and Tim, is true and endearing, and Knapp expertly draws out the best and worst in each of them. While you may think the plot is not easily identifiable (but what fun!), the emotions and lives of the characters are. Truly a great read, and I'm looking forward to the next book by this author.
Read more
One person found this helpful
Helpful
Comment Report abuse

RLBKBJ
4.0 out of 5 stars Some poignant moments
Reviewed in the United States on June 19, 2019
Verified Purchase
Overall, this is a good read. The focus is the relationship between Brenda and Tim, and their scenes together, even when they're in conflict, are tender. The complex emotions between two complicated characters shine through. In this sense, Beside the Music is an insightful study of the dynamics of a marriage. The catalyst for change in the novel, obviously, is the entrance into their lives of the bassist (and soon after an entire band and entourage) from an 80's band trying to make a comeback album. Knapp does a reasonably good job of making Keith sympathetic in spite of his shortcomings. Unfortunately, she had to remind the readers, via dialogue between Tim and Brenda, that he was worthy of sympathy rather than letting it play out. He wasn't as round of a character as he might have been, but it didn't detract much from the story. The conclusion was a little too neatly tied-up for my taste, but fans of happily-ever-after will enjoy it.
Read more
Helpful
Comment Report abuse

kwestrope
4.0 out of 5 stars Great story, great characters. Loved it!
Reviewed in the United States on October 24, 2017
Verified Purchase
This story was everything i wanted it to be and more. Being a dedicated music fan myself, I loved the idea of connected and hosting a favorite rock band in your very own home while they record their new album. Who wouldn't? But, when fantasy becomes reality, Brenda and Tim get a lot more than they bargained for.

I love how the relationship between Brenda and Time develops. It is very plausible and has a huge dose of reality. The reality of living with aged rock stars seemed very believable as well.

This was an extremely fun, though not always uplifting, read. There are a lot of funny parts as well as the hurtful parts, but in the end, it's about life. And life is full of ups and downs. It's how you deal with them that makes or breaks you.

I would recommend this one to anyone who likes stories about musicians. I would definitely read more by this author.

Amazon Customer
3.0 out of 5 stars For fans of rock and roll or for any adult who's had a teenage crush
Reviewed in the United States on March 24, 2019
Verified Purchase
Beside the Music: Can a Marriage Survive an 80’s Rock Band by BJ Knapp offers an imaginative theme—As an adult, Brenda hosts a rock band she crushed on during her teenage years. But there’s one problem…Brenda is married. Even so, through a series of events, she becomes the band’s muse. The band members live in tents in her back yard while staging a comeback album. The theme was intriguing, although I found Brenda a bit wishy-washy particularly with regard to her marriage. If you’re a fan of rock and roll or have ever had a teenage crush on a hot band, this may be the story for you.
Read more
Helpful
Comment Report abuse

Nikki Erskine
5.0 out of 5 stars Fun read!
Reviewed in the United States on November 23, 2017
Verified Purchase
'Beside The Music' was a fun read that kept me turning pages into the wee hours. I found the character's journeys and development compelling, and the author has a way of painting scenes so clearly I can't help but see them in my head. There were moments I was almost giddy, and others where I was actively cringing... I was surprised at how much I relateded to the characters in this unlikely situation. Ms. Knapp told a fantastic story on these pages, I can't wait to read whatever she's up to next!
Read more
Helpful
Comment Report abuse

Jeremy M. Girard
5.0 out of 5 stars I was expecting a funny story with lots of rock and roll debauchery
Reviewed in the United States on December 31, 2015
Verified Purchase
When I read the premise of this book (a has-been metal band moves into a 35-year woman's home to record their comeback album, causing chaos and disrupting her life and marriage in the process), I was expecting a funny story with lots of rock and roll debauchery. Well, there was definitely some heavy metal hi-jinks, but not the humor I anticipated. Instead, what I found in this book was a poignant look at the nature and complexity of relationships, including those we have with our spouse, family, co-workers, and most importantly with ourselves. Yes, there were some amusing situations in the book, but they were not played for cheap laughs. Instead, what really carried this book for me was the authenticity of the conversations and interactions, especially between the lead character, Brenda, and her husband Tim. Those personal exchanges really anchored a story that kept me interested in the characters and in exactly how they would get themselves out of the heavy metal mess they found themselves in!
Read more
Helpful
Comment Report abuse
See all reviews from the United States

Dab Reader
4.0 out of 5 stars A fun read
Reviewed in the United Kingdom on September 6, 2019
Verified Purchase
A fun read with some excellent lol moments. The relationships and situations encountered are both challenging and humorous at different times. I particularly enjoyed the mother-in-law moments! All in all, this book is enjoyable light reading packed with humour.
Read more
Helpful
Sending feedback...
Thank you for your feedback.
Sorry, we failed to record your vote. Please try again
Report abuse

CARYN
3.0 out of 5 stars Fell Short
Reviewed in Canada on November 16, 2018
Verified Purchase
For me this was a very tedious read. The premise of the story was interesting at first but as the story progressed I lost interest. An overbearing mother and a son too weak to stir the proverbial pot made for a lot of irritation rather than humorous. That woman should have been put in her place long beforehand.

Unlike many of the reviews, hilarious never once crossed my mind. Irritating did though...lots. No matter the infatuation, would any of us and/or our significant others reaaally put up with the crap Tim did Brenda did! I guess that is where the book is meant to be a comedy but it just fell flat for me. My reasoning for 3 stars, not 2, is that the concept was good in spite of it all.

As a final thought, the old rich mama-bear was so unlikable that she should have had an early exit.
Read more
Helpful
Sending feedback...
Thank you for your feedback.
Sorry, we failed to record your vote. Please try again
Report abuse

Amazon Customer
4.0 out of 5 stars A great read!
Reviewed in Australia on November 25, 2016
Verified Purchase
Funny and entertaining story that is easy to read. Likeable characters and a story that captures many nuances of cross-cultural encounters and offers a believable answer to the question "Where are they now?"
Read more
Helpful
Sending feedback...
Thank you for your feedback.
Sorry, we failed to record your vote. Please try again
Report abuse