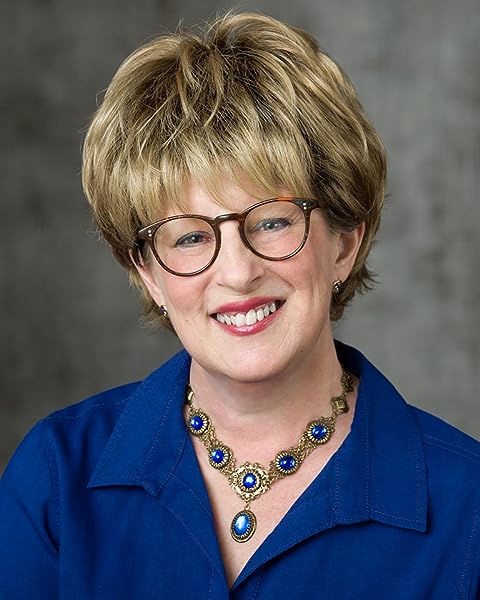 DAVE EGGERS is the editor of McSweeney’s and a cofounder of 826 National, a network of nonprofit writing and tutoring centers for youth, located in seven cities across the United States. He is the author of four books, including What Is the What and How We Are Hungry.

R. Dennis Hall
5.0 out of 5 stars Expect the very best! As always!
Reviewed in the United States on October 15, 2009
Verified Purchase
If you're used to buying books and just skipping the introduction to get to the "meat" of the story then you're going to miss something. Even the introduction is great stuff with the "Best American" series. I realize that with the Nonrequired reader alot of folks are going to like some things and frown on others because it's designed NOT to bore. Me I like the whole thing.

This year I really liked "Diary of a fire lookout" by Connors. It starts out alot like Kerouac's "Desolation Angels" but you'd better read to the end. It's a heartbreaker. Connor runs across a baby deer with no mom.
Jonathan Franzen's piece about David Foster Wallace is appropriate and piercing. It's ok to miss someone and still be bitter for what they've taken away even if you understand why.
Missisipi drift is great. It's a modern day Huck Finn in a way but boy has the world changed. For that reason this is a must read story.
The comics are great too. If you think they're wasted pages I'm sorry, for me they're a nice break while still showcasing a poignant subject.
All of these stories are relevant and the subjects are recognizable but they are chosen to be a little off the beaten path. If you've ever been to amazon looking for something unique, you've read your books and every thing on the new release page looks dull then buy this one right now, you're going to read it at least twice.
Read more
12 people found this helpful
Helpful
Comment Report abuse

John S.
5.0 out of 5 stars recommended
Reviewed in the United States on July 7, 2013
Verified Purchase
What a quirky collection of essays from a variety of sources. Written, graphic, funny, sad, shocking, all are timeless. It is a recommended read.
Read more
One person found this helpful
Helpful
Comment Report abuse

Clint Gannon
3.0 out of 5 stars Canada Bound
Reviewed in the United States on December 18, 2012
Verified Purchase
Short stories by Dave Eggers and Company, same as last year and the year before, great stuff. Its better than the stuff youll find in readers digest or the new yorker.
Read more
One person found this helpful
Helpful
Comment Report abuse

B. Gomez
4.0 out of 5 stars The Best American Nonrequired Reading 2009
Reviewed in the United States on June 8, 2010
Verified Purchase
This is a very interesting collections of stories. Some are silly lists, others are interesting stories that I would have never read had they not been in this collection. I purchased this book as a required textbook for an Adolescent Liturature course I am taking. As a textbook it is not bad.
Read more
One person found this helpful
Helpful
Comment Report abuse

David M. Giltinan
5.0 out of 5 stars This is the best of the "Best American" anthologies
Reviewed in the United States on October 30, 2009
This year's volume confirms the status of this collection as my perennial favorite in the whole "Best American" series of anthologies. Whatever you might think of Dave Eggers, he redeems himself on an annual basis with this collection (this year, IMO, he has doubly redeemed himself, with the publication of the extraordinary "Zeitoun", but that's material for a whole 'nother review).

This collection is hard to sum up in a single sentence - one might think of it as an edgier - and more entertaining - version of the "Best American Essays". But a far better collection, because Eggers (and this year's guest editor, Marjane Satrapi) are savvy enough to cast a far broader net. So, for instance, in addition to standbys like "best craigslist ads", "best police blotter items", "best kids' letters to Obama", "best book titles published in 2008 (Baboon Metaphysics? Excrement in the late Middle Ages? anyone?), "best poem titles of 2008" (A Plea for the Cessation of Fruit Metaphors, I need more Cowbell, What your Dad's Underpants have to do with Space Travel, If my Life were a Radio, lately I would Prefer another Station, Why not Oysters?...), there are such fine contributions as Phillip Connors's "Diary of a Fire Lookout", Anne Gisleson's "Your exhausted Heart" (about the Saturn Bar in new Orleans), Denis Johnson's "Boomtown Iraq", Jonathan Franzen's tribute to David Foster Wallace, excellent pieces by Rivka Galchen, Rebekah Bliss, Eula Biss, and Susan Breen.

This partial list doesn't include the three or four charming picture essays, nor the five or six other equally good pieces by authors like Nick Flynn, David Grann and Amelia Kahaney.

I can do no better than to paraphrase what I wrote about the 2008 volume - this is writing that informs me about stuff that I would otherwise not encounter, brilliantly executed by authors whose worldview extends - praise the Lord - beyond their own navels. Like a bunch of exotically flavored Dove bars - unfamiliar at first, but reliably delicious. Material that takes you outside of your comfort zone, in the best possible way.

I don't know what it is we have against Dave Eggers anyway. With this series alone, he has surely exonerated himself from any residual blame that might result from the youthful indiscretion that was - well, you know the one I'm talking about. That staggering book ...
Read more
20 people found this helpful
Helpful
Comment Report abuse

Cal Emery
3.0 out of 5 stars Simply Not the Best
Reviewed in the United States on February 10, 2010
I've read several volumes from other Best American series - Essays, Short Stories, Science and Nature Writing. In each book, several pieces fascinated, puzzled, and/or amazed me long after I read them. This collection, sadly, is entirely unmemorable. Many of the stories, and this is overwhelmingly fiction, read as the work of imaginative but inexperienced college students. Clever, but unchallenging and forgotten as soon as the page is turned.

In short, I can highly recommend the Best American series as a whole, but do steer clear of this one. It's far from the best American non-required reading of 2009.
Read more
3 people found this helpful
Helpful
Comment Report abuse

Ryan Terry
3.0 out of 5 stars Too deep to comprehend, or too shallow to care
Reviewed in the United States on November 23, 2010
Dave Eggers is an incredible author, but both the 2008 and 2009 BANR have seemed (to me) underwhelming. Maybe it's because I've been on a big Ayn Rand and Kurt Vonnegut trip lately, but with each short story I fail to see the significance. Sure, there are plenty of lines that will make you go "hm!" but (and this is nothing but my opinion typed up on Amazon in an attempt to delay the beginning of a workday) at the end of each story I was left with a puzzled expression and a strong wondering as to why the author was so motivated to write the story, let alone why it was selected to be a part of this collection. Sure, I know, it takes guts to write, so I will say "no offense." It may just be that I'm unable to comprehend their (possibly) deep and significant messages.

Please don't be so impressionable as to take my opinion as anything more than it is.
Read more
One person found this helpful
Helpful
Comment Report abuse
See all reviews

Page 1 of 1 Start overPage 1 of 1
This shopping feature will continue to load items when the Enter key is pressed. In order to navigate out of this carousel please use your heading shortcut key to navigate to the next or previous heading.
Back
Next
Pages with related products. See and discover other items: world best short stories