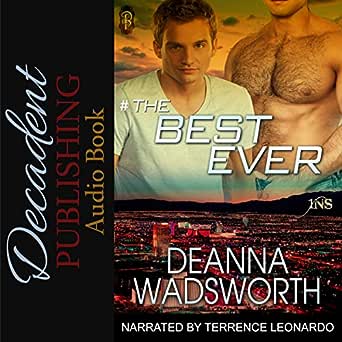 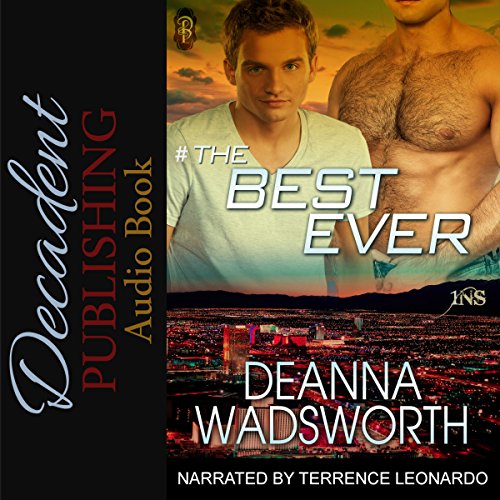 Sandym
5.0 out of 5 stars Great book!
Reviewed in the United States on August 11, 2013
Verified Purchase
When I saw this new book written by Deanna Wadsworth I knew I had to have it. Each and every one I've read I have really enjoyed and The Best Ever is no exception.

This is a sweet story of a nerdy, awkward guy who has a crush on his high school's most popular jock. Sound like a recipe for disaster? It could have been, but not to worry. Ms. Wadsworth worked her literary magic and voila! What we have here is a really great book about a couple of men, who have long since graduated high school, who reunite in a surprising way and it seems the nerdy guy wasn't the only one sporting a crush.

This is a great read from a great author and I strongly recommend it.

Island Lover
5.0 out of 5 stars So So Sweet
Reviewed in the United States on January 10, 2014
Verified Purchase
This is my favourite story of the 1Night Stand Series thus far. I loved both MCs and saw the love connexion from childhood when Blake so tenderly comforted Jason after his bullying experience. I understood completely why Blake didn't let his feelings be known to Jason back then and was happy to see them reunited as adults. Madame Eve rulz!!!
Read more
Helpful
Comment Report abuse

Michael the Librarian
5.0 out of 5 stars Truly Wonderful!
Reviewed in the United States on July 28, 2013
Verified Purchase
A truly great and romantic read. This is truly a short story of genius in which you get the happily ever after. It might seem cliche but for this series with the mysterious matchmaker, I have to say I rather enjoyed all of them! :)
Read more
2 people found this helpful
Helpful
Comment Report abuse

Kimberly Roberts
5.0 out of 5 stars Short, sweet and hot!
Reviewed in the United States on June 28, 2014
Verified Purchase
This 1 night stand is worth reading again and again. The connection between the MC's is believable and endearing. This is a short story done right. The Alex was hot, tender and sweet-just what a first time should be. Highly recommended.
Read more
Helpful
Comment Report abuse

Xanlthorpe
3.0 out of 5 stars Fun Short Rimp
Reviewed in the United States on August 6, 2013
Verified Purchase
Lots of stereotypes, but still a fun read. The characters are real enough, considering the story length, and the story line works. It slips a bit into that Big Man / Small Man genre but not enough to annoy.
Read more
Helpful
Comment Report abuse

KB
5.0 out of 5 stars Hot and steamy!
Reviewed in the United States on July 26, 2013
Verified Purchase
Deanna really makes you feel every emotion of each of her characters. Whatever kind of romance you're into, Deanna really turns up the heat in The Best Ever and in all of her books! She always leaves me wanting more!
Read more
One person found this helpful
Helpful
Comment Report abuse

chelle
5.0 out of 5 stars too cute
Reviewed in the United States on February 21, 2014
Verified Purchase
High school crushes reunited..nothing better or sweeter. This was a great short 1 Nightstand. Haven't read one yet I didn't love. Hoping Ms. Wads worth gives us a follow up.
Read more
Helpful
Comment Report abuse

Angela S. Goodrich
4.0 out of 5 stars 4 stars = I REALLY liked this audiobook!
Reviewed in the United States on June 6, 2018
I received a free copy of this audiobook to listen to and review for Wicked Reads.

I used to read the M/F 1Night Stand novellas all the time and had no idea the series had expanded to include M/M stories until a little over a year ago when I bought an audiobook edition of one. So after listening to the sample to make sure I liked the narrator’s voice, I signed up to review the audiobook edition of #The Best Ever and when a new day dawned for Jason and Blake, I was very pleased that I had done so.

Jason was your classic nerd in high school, making him an easy target of bullying. The only bright spot in his sophomore year was that the jock he was tutoring in math wasn’t one of his bullies. In fact, Blake offered to teach one of Jason’s tormentors a lesson – which Jason didn’t take him up on. Fast forward seven years and Jason is on his way to a video game convention in Las Vegas, where he has also made arrangements with Madame Eve for a 1Night Stand encounter. While at the convention, Jason discovers that Blake is there promoting one of the sports video games he is in and he decides to say hi to Blake. Unexpectedly, not only does Blake remember Jason, but he makes a big deal about their reunion and invites Jason to a VIP party that evening. Even though he’s no longer the same timid boy he was in high school, Jason is still full of insecurities and isn’t sure he can hang out with Blake and his friends in a sports bar. But Jason is tired of regretting the things he didn’t do, so he plucks up the courage and heads to meet Blake. After a rocky beginning to the night, the two have a great time and all is well until Blake has to cut out early for a meeting – which works out great because Jason’s 1Night Stand appointment is at the same time. Can you see it coming? They didn’t. At all. And it makes for one really awkward beginning to the evening… and left me laughing at them. As expected, Jason and Blake have great chemistry that carries over quite nicely to the bedroom, which makes for a very steamy listen and big decisions to be made the morning after.

This is the first audiobook narrated by Terrence Leonardo that I’ve listened to and I really liked his performance. Leonardo has a pleasant voice and was convincing as both the nerdy Jason and the athletic Blake. Leonardo has an interesting ability to enunciate the words so clearly that they should sound stilted yet does it in a completely conversational manner so that it isn’t stilted at all and the story flows nicely. I feel as though I should mention that there were two or three scenes where the difference in audio quality was apparent, but it wasn’t enough to disrupt my enjoyment of the story or affect my overall rating. I really enjoyed #The Best Ever – including all the hashtags – and look forward to more from both Wadsworth and Leonardo.
Read more
Helpful
Comment Report abuse
See all reviews