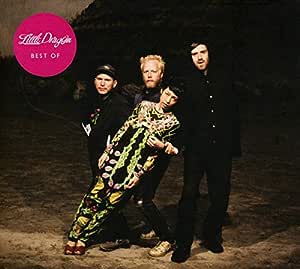 Formed in Gothenberg, Sweden in 1996, this electronic quartet are comprised of lead vocalist Yukimi Nagano (Vocals, Percussion), Hkan Wirenstrand (Keyboards), Erik Bodin (Drums), and Fredrik Kllgren Wallin (Bass). The band debuted in 2006 with the "Test" single on the Scandinavian Off the Wall label, naming themselves after Nagano's nickname that she received for throwing tantrums while recording. The following year, Little Dragon signed with the larger British indie Peacefrog Records (Nouvelle Vague, etc.) for their self-titled debut album released in 2007. It's opening song, the hushed ballad "Twice," was featured during the 2008-2009 season of Grey's Anatomy. Later in 2009, the group released Machine Dreams, which showed new wave inspiration through bigger hooks. After Little Dragon collaborated on recordings by Gorillaz (Plastic Beach), TV on the Radio's Dave Sitek (Maximum Balloon), SBTRKT (SBTRKT), and Big Boi (Vicious Lies & Dangerous Rumours), the band released a third album, Ritual Union, written and recorded during gaps in their schedule as worldwide support for Gorillaz. The record exposed them to a wider audience, charting in both the U.S. and the U.K.

mike moseley
4.0 out of 5 stars Not so little
Reviewed in the United Kingdom on May 28, 2014
Verified Purchase
Little Dragon first came to my attention when I heard the brilliant "Sunshine" on the radio. Until then this cd release was only available on MP3 download and I decided it was worth buying this compilation for the track alone. So what of the rest of it? There are several other excellent tracks, the stand-out being the haunting "Twice". There are also a couple of mediocre ones but even these are partially redeemed by the voice if Yukimi Nagano the finest female vocalist I've heard in a very long time. She is not a soul singer in the traditional sense but believe me this girl has got soul. All in all a highly recommended introduction to a great band and excellent value for the 14 tracks.
Read more
3 people found this helpful
Report abuse

Velo Mitrovich
5.0 out of 5 stars Great band, great selection
Reviewed in the United Kingdom on December 16, 2017
Verified Purchase
Great driving CD. I heard Little Dragon about five years ago at Glastonbury on a side stage playing at 4pm. I've been a fan ever since.
Read more
One person found this helpful
Report abuse

J. DUNBAR
5.0 out of 5 stars Love it!
Reviewed in the United Kingdom on February 15, 2017
Verified Purchase
Amazing.
Just a stunning collection of songs.
I had only heard 'Twice' before buying this and I can't believe how beautiful this music is.
=]