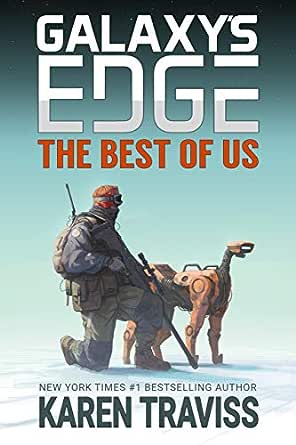 You've subscribed to Galaxy's Edge: NOMAD! We will preorder your items within 24 hours of when they become available. When new books are released, we'll charge your default payment method for the lowest price available during the pre-order period.
Update your device or payment method, cancel individual pre-orders or your subscription at
Your Memberships & Subscriptions
There was an error. We were unable to process your subscription due to an error. Please refresh and try again. 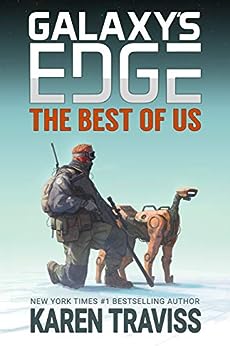 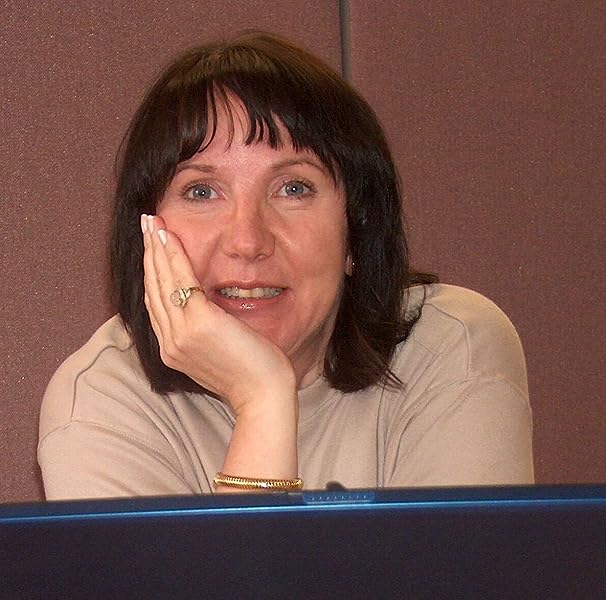 The Best of Us (Galaxy's Edge: NOMAD Book 1) Kindle Edition 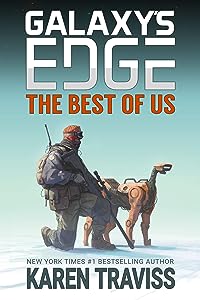 CDW
2.0 out of 5 stars Dissapointed that Nick Cole okayed this.
October 31, 2019
Format: Kindle EditionVerified Purchase
1. GE is known as one of the few Sci-fi series that doesn't go in for swearing. I could give it to a 10 year old and know it's safe. Not this one.

There's the Corps head honcho, ships captain, scientist who discover FTL, then grand daughter, more scientists, PDS commander, the sniper. They're all leveled head and the men are all emotional wrecks.

And where there is a man in charge, some woman is right there too.

3. Not much of a story either. Just drags on and on and OH! Must rush everything at the last minute.

4. Humans, Americans, invented the hyper drive, but now aliens gave it to us? What happen to the Web that they uploaded the plans too? China on Mars? What happened to New America that Rex was part of?

6. Where is the UN? When the Crux sent Casper back in time, he forced the UN Commander to get him air transport back to the US. Remember the UN Space Navy Vs Mars War? Casper on one side and Rex on the other?

Solomon is the only real interesting thing in this story. But the woman CEO outsmarts him who is not a scientist or IT specialist?

In Imperator, we get a good view of history, which this book has nothing in common with. It's like Nick Cole let this writer redo GE history and now, everything in Imperator is being cast aside.

Smells like what Disney did to Star Wars. Cannon tossed aside and a new vision being given.

I won't be buying anymore of this series and I'll be leery of the rest of GE from now on.

Amazon Customer
1.0 out of 5 stars One star is generous
November 7, 2019
Format: Kindle EditionVerified Purchase
Dry, tedious, lethargic, monotonous, and lacking are the first words that come to mind when thinking about The Best of Us, the newest Galaxy Edge release. It was a chore, it was work to read this book.

This book is definitely not written in the spirit of any of the other books. I couldn’t identify with any of the characters, none of the characters had any flair, any sense of humor, nor did the author give me any reason to root for anyone with the exception of the AI.

As another reviewer noted, what’s happening on earth just before and at the advent of faster than light technology is totally inconsistent with the history given in the galaxy edge novel Imperator.

The only reason I finished this book is because I’m a big fan of the galaxy edge series. Had this been the first book I read in the series I would not have considered reading any others. I sincerely hope this is this authors last contribution to this series.
Read more
19 people found this helpful
Helpful
Comment Report abuse

Dr Peter Davies
5.0 out of 5 stars A rare 5 star review.
October 30, 2019
Format: Kindle EditionVerified Purchase
I loved this book. Karen Travis writes so well, I immediately started looking for more of her books. This one has an all too plausible dystopian future for our planet, and three small groups trying to survive with some semblance of community. There is the isolated research institute supposedly trying to find a way to restore the environment, a small village farming to support themselves and the institute, and a group of veterans who banded together to save those they could. The tension and cautious interactions between and within these groups is so realistically described that it is impossible not to engage with the characters. Even the AI is very likable.
The Nomad mission is revealed as maybe a way out, but for who? The action builds to a highly satisfying climax, and the conclusion is both pleasing and appropriate. Karen Travis knows how to write a full length story, with a opening, a meaty middle, and a well thought out end.
Read more
12 people found this helpful
Helpful
Comment Report abuse

Walt
4.0 out of 5 stars Family is what you make it.
October 29, 2019
Format: Kindle EditionVerified Purchase
Karen Travis shows once again why she is a mainstay of the science fiction genre. This far flung branch of the Galaxy's Edge universe brings the action to the distant past to show mankind's first reach into the stars for habitable planets tests our limits as well as our humanity.

Set sometime after a series of catastrophes ruins large portions of the world, humanity in the Continental USA is struggling to hold on. Not important enough to be a part of the uplift and not wanting help from the closed off countries of Asia, the survivors cluster into distrustful communities for safety and shared resources. When a stranger is found wandering through potentially disease infested forest, she quickly becomes the key to several communities joining forces and reaching out for a new home beyond the earth.

Fans of the Galaxy's Edge series can enjoy this story of survival and intrigue set in a ruined earth, but should be informed that the pacing of the initial part of the book is far slower than a typical Galaxy's Edge book.

Karen Travis really has woven a fantastic tale set thousands of years before the events of Legionnaire. Her look into the first steps of AI is a harsh mirror for the protagonists who have to wonder if it is more human than they are. I am excited for the next entry in the series.
Read more
9 people found this helpful
Helpful
Comment Report abuse
There are 102 customer reviews and 118 customer ratings.
See all 102 customer reviews
Write a customer review