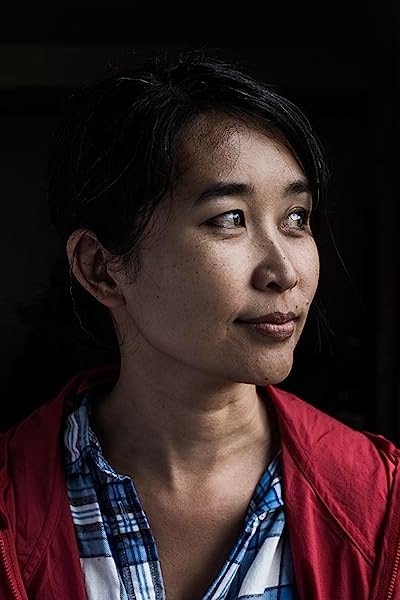 The Best We Could Do: An Illustrated Memoir Hardcover – Illustrated, March 7, 2017

"Be prepared to take your heart on an emotional roller-coaster journey with this thought-provoking account that completely satisfies as the story comes full circle. Highly recommended for teens and adults; an excellent choice for book clubs."
(Library Journal online (starred review))

"In creatively telling a complicated story with the kind of feeling words alone rarely relay, The Best We Could Do does the very best that comics can do. This is a necessary, ever-timely story to share far and wide.”
(Booklist, starred review)

"She does not spare her loved ones criticism or linger needlessly on their flaws. Likewise she refuses to flatten the twists and turns of their histories into neat, linear narratives. She embraces the whole of it… In this mélange of comedy and tragedy, family love and brokenness, she finds beauty."
(Publishers Weekly (starred review))

"A powerful and intimate look at the modern immigrant experience in America."
(ICv2)

“This bold, brutal book is the new calligraphy—an exquisite marriage of alphabet and imagery. Each sentence, each scene, and each story breaks down a country, a family, and a father. Then, frame by frame, with artistic vigor and monastic devotion, Thi Bui rebuilds a world in which guilt conquers grief and gratitude becomes not only a guide, but our new Deity. The Best We Could Do teaches us how to say no to fear and yes to truth.”
(Fae Myenne Ng author of Bone, a PEN/Faulkner Award Finalist, Steer Toward Rock, winner of the American Book Award)

“Thi Bui’s book took my breath away. In a time of continuing refugee crisis, its message is necessary. The Best We Could Do expands one family’s personal story into a global, historic context, while condensing generations of war in Vietnam to intimate and human proportions. Beautiful and powerful.”
(Craig Thompson author and illustrator of Blankets and Habibi)

Thi Bui’s stark, compelling memoir is about an ordinary family, but her story delivers the painful truth that most Vietnamese of the 20th century know in an utterly personal fashion—that history is found in the marrow of one’s bones, ready to be passed on through blood, through generations, through feelings. A book to break your heart and heal it.
(Viet Thanh Nguyen Pulitzer Prize winning novelist)

“The Best We Could Do lands with the force of a blow and the strength of a mountain. Thi Bui offers an all-too-rarely-seen Vietnamese perspective on our war there, and a view of Vietnamese history that makes this book essential reading for anyone who seeks to go deep into this subject. At once intimate and sweeping in its portrayal of human experience, The Best We Could Do made me weep.”
(Leela Corman author and illustrator of Unterzakhn)

“By knowing our parents’ story we come to a better understanding of who we are; by living our own version of their story, that understanding is even deeper and more illuminating. In The Best We Could Do, Thi’s exploration of becoming a mother in the shadow of her own parents’ history is Thi drawing her past to write her future. It’s a story that I—as a child turned parent myself—found emotional, introspective, and a cautionary tale of what we pass to our next generation.”
(GB Tran author and illustrator of Vietnamerica: A Family’s Journey)

Thi Bui was born in Vietnam three months before the end of the Vietnam War, and came to the United States in 1978 as part of the “boat people” wave of refugees from Southeast Asia. Her debut graphic memoir, The Best We Could Do (Abrams ComicArts, 2017), has been selected as UCLA’s Common Book for 2017, a National Book Critics Circle finalist in autobiography, an Eisner Award finalist in Reality Based Comics, and made several Best of 2017 book lists, including Bill Gates’s top five picks. Bui is also the Caldecott Honor-winning illustrator of A Different Pond, a picture book by the poet Bao Phi (Capstone, 2017). Her short comics can be found online at the Nib, PEN America, and BOOM California.  She is currently researching and drawing a work of graphic nonfiction about how Asian American Pacific Islanders are impacted by detention and deportation, to be published by One World, Random House. Bui taught high school in New York City and was a founding teacher of Oakland International High School, the first public high school in California for recent immigrants and English learners. Since 2015, she has been a faculty member of the MFA in Comics program at the California College of the Arts. Thi Bui lives in the Bay Area.

Page 1 of 1 Start overPage 1 of 1
This shopping feature will continue to load items when the Enter key is pressed. In order to navigate out of this carousel please use your heading shortcut key to navigate to the next or previous heading.
Back
Next
Pages with related products. See and discover other items: fine art books, comic art, children art, social work with groups, best novels, Cold Glues