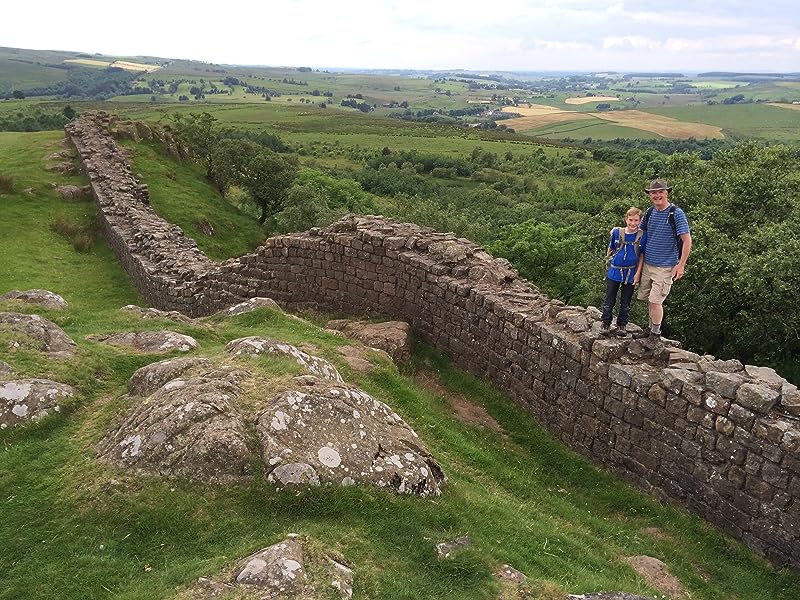 "Anything Doug Bond writes is, almost now by definition, a fascinating read. But to have his skills attached to the life of John Calvin is a double treat." --Joel Belz, founder, WORLD magazine

"If you enjoy reading the fictional works of C. S. Lewis, you will love this book." --Burk Parsons, editor, Tabletalk magazine

"An exciting read, almost effortlessly and implicitly undoing caricatures about Calvin along the way . . . Calvin and his times brought to life in a page-turner!" --Joel R. Beeke, president, Puritan Reformed Theological Seminary

Douglas Bond is the author of a number of books of historical fiction and biography. He and his wife have two daughters and four sons. Bond is an elder in the Presbyterian Church of America, a teacher, a conference speaker, and a leader of church history tours. Visit his website at bondbooks.net.
Start reading on your Kindle in under a minute.

4.6 out of 5 stars
4.6 out of 5
31 customer ratings
How does Amazon calculate star ratings?
Amazon calculates a product’s star ratings based on a machine learned model instead of a raw data average. The model takes into account factors including the age of a rating, whether the ratings are from verified purchasers, and factors that establish reviewer trustworthiness.
Top reviews

FB/BestHistoricalFiction
5.0 out of 5 stars Brilliant Page-Turner
Reviewed in the United States on November 23, 2015
Verified Purchase
The story is told by a chronicler, who attends early school with John Calvin – French theologian and pastor during the Protestant Reformation in the early 16th century. The venom of his voice and his actions are very clear.

The author’s writing is brilliant in every aspect, the word choice and tone; the story reflecting the “iron self-disciplined” character; and the atmosphere of painful reality of the 16th century Paris’ burnings of those who dared to question clergymen. This historical fiction is “set in the times and places when and where John Calvin lived and worked. Though it is fiction, the reader may accept Calvin’s words in dialogues, sermons, discussions, and debates with confidence.”

Young Calvin displays brilliance from early school years. He is the envy of his schoolmates. His knowledge is far above his age, and what seems ahead his time. It comes across as from another world. From early on, he isn’t afraid to speak up or ask what isn’t supposed to be questioned.

The chronicler’s envy of Calvin’s brilliance makes him develop uncanny ability to be invisible and follow Calvin’s each move until arrival in Paris, where he becomes visible, simply by approaching Calvin and asking him for “honor of attending upon him.”

In Paris, while Calvin studies for priesthood at Sorbonne, two events occur: Calvin hears of Martin Luther and chronicler overhears about spies of the Sorbonne commissioned by priests and doctors. Two men with two different goals lead to the Betrayal, which has an unexpected twist.

danny
3.0 out of 5 stars John Calvin: A Hagiographic Novel
Reviewed in the United States on December 27, 2015
Verified Purchase
I'm not entirely sure how to feel about this book. It's advertised as a suspenseful novel of a great betrayal (hence the book's title), and it was just that for a little more than half the book. This portion of the book was quite good. But the betrayal ceased to be central to the story as soon as Calvin left France (honestly, the author should have ended the book at that point).

A significant problem with the book, though, is the over-the-top laudatory writing regarding John Calvin. I have no real problem with Calvin; my critique isn't really about him. The entire plot essentially serves as a vehicle for the author's praises of Calvin. The portrayal of John Calvin, however, simply can't be realistic. In this book, Calvin is never presented with even the slightest character flaw. He is unfailingly humble, never angry to the point of sin, always generous, and ever ready with the perfect answer for any query or challenge that came his way. His lone deficiency seems to be that everyone else is quicker to see his godly genius than he is.

To put it simply: the portrayal of John Calvin is unrealistic. No one- save for Jesus himself- was/is as perfect as John Calvin is depicted in this novel. It's a shame, because the author is clearly talented and had a solid premise to the book, only for the novel to descend into fanboy fiction.

So if you're looking for an interesting half a suspense novel, then don't mind some quasi-related historical fiction of the last couple decades of Calvin's life, you'll enjoy the book. But you'll have to get past the author's fawning to get there.
Read more
3 people found this helpful
Helpful
Comment Report abuse

Audrey B
5.0 out of 5 stars Good book
Reviewed in the United States on August 15, 2017
Verified Purchase
The Betrayal is an interesting book. It depicts the story of John Calvin, from childhood to adulthood, from the point of view of the man Jean-Louis Mourin, another citizen of the village, Noyon-le-Sainte. The book starts on July 10, 1509, in northern France, where the black plague killed off most of the population of said town and nearby areas. It is in this ghastly scenario that the famous John Calvin grows up. The main conflict of the book is that John Calvin and Jean-Louis Mourin are more enemies than they are friends. When the plague hits, they are forced to work together to make a living, despite loathing each other’s actions. The story ends right after John Calvin’s death. The book is a good read, and flows very nicely. It was a fun book to read, and I enjoyed it a lot.
Read more
One person found this helpful
Helpful
Comment Report abuse

John Gardner
4.0 out of 5 stars Gripping Page-Turner
Reviewed in the United States on March 13, 2011
Verified Purchase
Murder, corruption, political intrigue... this is the stuff of blockbuster movies and top-selling novels today, but it was reality for those living in Europe during the turbulent 16th-century Protestant reformation. It is a fascinating time to study -- not to mention an important part of our Christian heritage -- but often comes across as dry and unappealing in the history books and traditional biographies. Thankfully, Douglas Bond has brought this period to life in this novel, which shows us just how exciting history can be!

The Betrayal is a historical novel which follows the life of the French theologian and pastor, Jean Cauvin -- whom we have come to know as John Calvin. The story is told from the perspective of a fictional character who, though a lifelong rival, has a life intertwined with Calvin's right up until his death. Though the character and some of the dialogue are fictional, the events chronicled are historical events, and Calvin's words in the novel are taken straight from his letters, books, and sermons. The author even references Calvin's writings in an appendix titled "For Further Reading", so that we can be sure that the conversations that take place in the book are representative of what Calvin actually believed and taught at various stages of his ministry.

Without going into too much detail about the plot (I don't want to ruin it for you!), I can tell you that this is a gripping story that never feels bogged down in details. I was engaged from very beginning, and my attention was held to the final page! John Calvin and the other historical figures are portrayed accurately as great but flawed men who were used mightily by God to advance the cause of the pure doctrines of Jesus Christ in the face of resistance from every side.

Having read several biographies and writings of John Calvin, as well as books on church history, there was nothing in this novel that was totally "new" to me. However, doctrines and dates that had previously been confined to the realm of intellectual knowledge came to life in a way that was totally new, something I didn't really expect from a novel. It was a pleasant surprise!

To those who have read Calvin before: I believe this book will have the same effect on you. To those who are turned off by history books and biographies: This book will serve as a great introduction to a man and a time period that you should know about. Do I personally prefer it to a well-written traditionaly biography? No, but I still give it a very high recommendation.
Read more
Helpful
Comment Report abuse
See all reviews from the United States