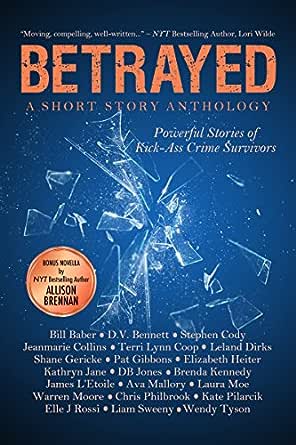 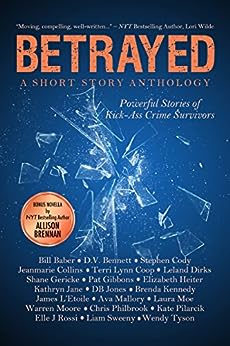 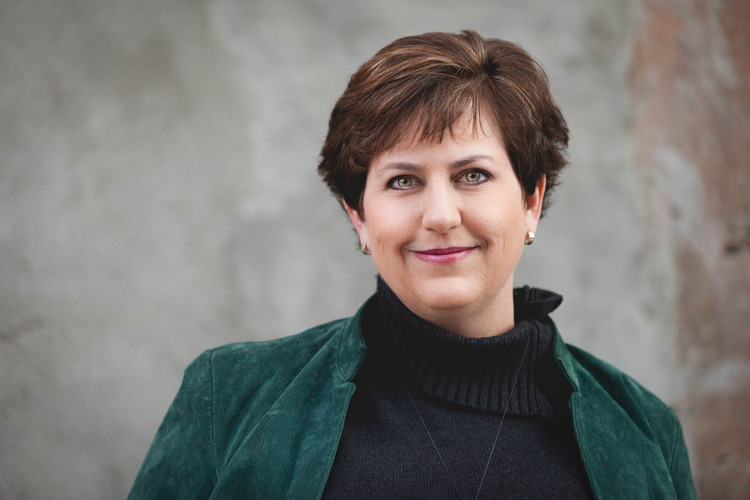 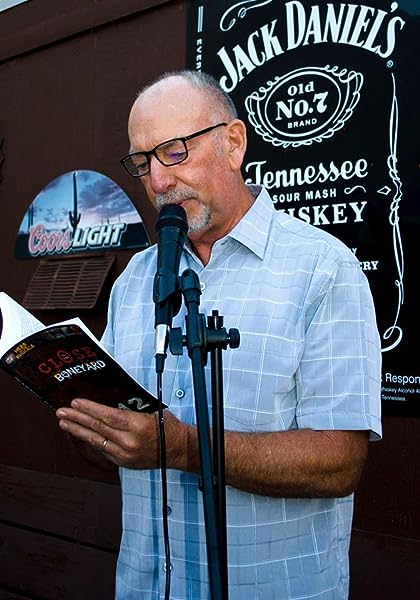 Margie Hager
4.0 out of 5 stars Powerful!
Reviewed in the United States on November 4, 2017
Verified Purchase
This anthology is comprised of short but emotional stories. In so many of them I felt the helplessness in their difficult situations. These stories are a grim reminder of how ugly people can get. As I read these stories many made me feel heartbroken but then relieved when I saw how strong so many of the people were when faced with such ugliness in their lives. This anthology was an emotional read but I am so glad I read the stories which the authors so generously spent time to write in order to raise money and awareness for the programs and organizations that help victims of domestic violence reclaim their lives
Read more
10 people found this helpful
Helpful
Comment Report abuse

Gabriel Valjan
5.0 out of 5 stars Every story is worth reading
Reviewed in the United States on January 7, 2018
Verified Purchase
This is a hard review to write, and not because the stories are a mixed bag, and not because the writing is bad. No; in fact, the writing is that good, the stories are that compelling, and— wow, this collection is twenty-one body blows with a novella for the knockout punch. Excuse the allusion to boxing, but the subject of this anthology is Domestic Violence; its purpose is to raise awareness and funds for victims of Domestic Violence. Shy of 500 pages, Betrayed showcases the insidious horror and terror DV visits on women, children, families, and the corrosive damage it inflicts on first-responders and those working in the legal profession and social services.

Without spoilers: every story is worth reading. Anthologies tend to be a hit or miss affair, so my advice is dip into one story at a time, think about it, and return for another story. Terri Lynn Coop’s “Legal Aid” conveyed the frustrations and the nuances lawyers face advocating for their reluctant victims. Wendy Tyson’s “Soap,” for reasons I won’t explain, reminded me of Hitchcock’s Rear Window, but with a twist: Clint Eastwood instead of Jimmy Stewart. Liam Sweeny’s tale, set in Houston, has a noir atmosphere with some humor mixed in, and folds in an ethical decision for his PI. James L’Etoile’s “When the Music Stops” is poetic with its recurring image and metaphor. You may think of Maya Angelou’s “I Know Why the Caged Bird Sings.” I did. No spoilers, but D.V. Bennett’s “The Sound of a Wound” reads like an updated “The Most Dangerous Game” from Richard Connell. Bill Baber’s “No One Heard” chronicles ‘trickle down misery’ in simple understated prose, and deviated from the norm in that a mother’s physical and emotional abuse altered a young man’s life.

Elizabeth Heiter’s “The Second Shot” and Allison Brennan’s novella, “Mirror, Mirror” were a one-two combo that hit me hard. Heiter’s courtroom scenes are realistic as anything you’ll read from Scottoline or Turow. You learn why the lawyers ask the questions they do. Allison Brennan’s novella, a story with its double-whammy of a husband and wife — he’s a trauma nurse with military experience he won’t talk about and she’s a cop and both deal with DV — hit me hardest because of the ending. You have to read it.

Evenings reading with Friends
5.0 out of 5 stars A must
Reviewed in the United States on October 25, 2017
Verified Purchase
When someone suggested that I read this book I was a little apprehensive. As a survivor I purchased it because the proceeds were going to a great cause. That night I looked at it and thought. ..give it a try. By the time I finished it was morning. The beauty of these short stories is that there is something for every type of reader. It is the book that keeps on giving ...to its' readers and the Woman's Shelter of Naples, Fla
Read more
8 people found this helpful
Helpful
Comment Report abuse

Shopping Enthusiast
5.0 out of 5 stars Powerful
Reviewed in the United States on October 16, 2017
Verified Purchase
New to me authors. All stories touched on a powerful storyline and spoke in a way for all to understand or relate. Powerful. Dark. Kudos to the authors for writing and donating their stories. I’d like to see this as an annual book release event.
Read more
8 people found this helpful
Helpful
Comment Report abuse

L. Ott
5.0 out of 5 stars very good writing by multiple authors
Reviewed in the United States on April 3, 2018
Verified Purchase
I bought this because the proceeds went to help survivors of domestic violence. The stories were powerful and moving. Short stories, very good writing by multiple authors.
Read more
One person found this helpful
Helpful
Comment Report abuse

Yo Adrienne!
5.0 out of 5 stars Excellent...!
Reviewed in the United States on December 17, 2017
Verified Purchase
Excellent compilation...! Plus, proceeds of sales go to a very worthy cause...!
Read more
2 people found this helpful
Helpful
Comment Report abuse
See all reviews from the United States