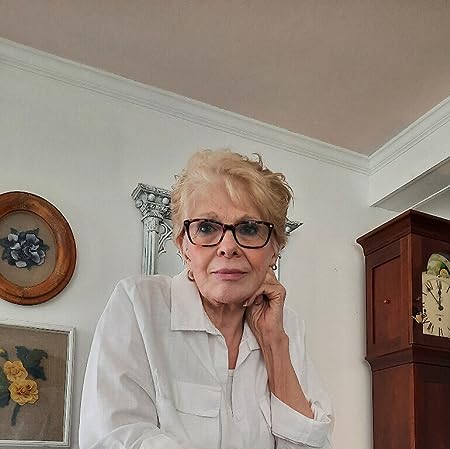 I have lived most of my life in New England, but my heart will always remain in Vermont. I accomplished all that I wanted with in my career, but as my vocation, I love to write, and have been drafting short stories and poems from childhood. After taking early retirement, I put pen to paper and gave birth to the scrapes of stories and poems filed away, and The Hollow was born. It is a metaphorical story of a naïve country girl from the foothills of Vermont. I say metaphorical, but I will let you decide. I’ll give you a clue ... Bettie I. MacIntyre. 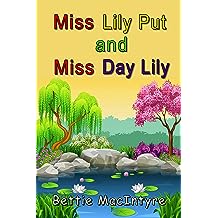 Miss Lily Put and Miss Day Lily Sep 18, 2022
by Bettie MacIntyre
$3.99
In the summer of 1992, my eleven-year-old granddaughter and I shared many nature adventures. Sitting on our cottage dock on Meadow Pond, I’d watch her shove off on a daily adventure in her little ship, a little, pink-trimmed rowboat. Wearing her pink duck-billed hat and lifejacket, she’d board with a lunch basket in hand. Floating in her little ship on the lily pads at lunchtime, sharing her sandwich with the fish, and watch the frogs. When invited, we would share the sounds of nature and photograph lilies. On our return, pick up bobbins, fishing lines, cans, and white foam cups. Teaching her to respect nature provided delightful hours as we gave names to the different flowers. Miss Lily Put and Miss Day Lily were born, written, and packed away. After I published The Hollow, a sweet story, and resolved to tidy my old files in preparation for my next book. I couldn’t believe my eyes. There she was, Miss Lily Put and Miss Day Lily, waiting for me. The ink on the pages had faded and needed brightening, which I did. 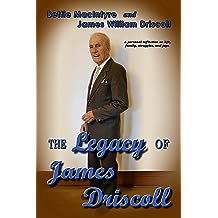 The Legacy of James Driscoll: A personal reflection on life, family, struggles, and joys Apr 18, 2022
by Bettie MacIntyre, James Driscoll
$3.99
James was born into poverty. As children, he and his brother Francis slept on the floor together and listened to their stomachs grumble from hunger. Being hungry was a habit James could never get used to. He made a vow that if he ever had children of his own, they would never feel the pains of hunger he endured. His father worked hard, but never cared for the kids, drinking himself into a stupor and chasing loose women, leaving the family without money for anything. As he grew up, James heard people say the word dysfunctional, and thought they were talking about him.

James overcame deprivation and now dines in the finest restaurants and enjoys life’s comforts. He is a self-taught man, marrying his long-time sweetheart, and along the way built a business empire. As a senior running many marathons, he has never forgotten from where he came. He delights in his undying love for his wife and four children. Being a poor quiet boy, James became a rich quiet man. 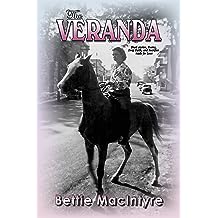 The Veranda Mar 25, 2022
by Bettie MacIntyre
$2.99
A book of short stories set in the lush Green Mountains of Vermont. In the quaint village of Bristol, Lois grew up riding her mare Bessey over Plank Road, through the hayfields to Hogback Mountain. She would lay against her, write poems about nature and her love of God. The stories in this book explore her adventures into womanhood.

With motherhood, the veranda became a place of tranquility. In the evening, sitting in her green slatted rocker, she would read poems to her children, which established a tradition of lasting memories for them. Her poems expressed the depths of her inner soul.

The Veranda honors a selfless woman whom I am proud to call my mother. God love her. 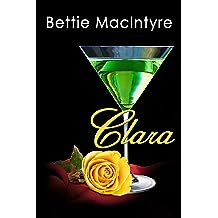 Clara Aug 16, 2021
by Bettie MacIntyre
( 3 )
$2.99
A sensuous woman, Liz fantasizes that men are attracted to her beauty and not her money, but that glittering exterior hides a troubled soul. She and her friend Clara love to party and are together everywhere. A professional singer and piano player, Clara is reserved, not glamorous in the traditional sense, saving herself for the right man. On her debut night at the exclusive Swan River Nightclub, she waits for Liz to show up, but there is no sign of her friend. In the club’s parking lot, a handsome, distinguished Joe Vigliara offers his help, and Clara is smitten with the much older man.

Luxuriating life at his sprawling mansion, she decides that Joe is the right man, and events take their inevitable romantic course. She has everything she dreamed of having: professional success, a happy marriage, a child … except her friend Liz is not there to share it. As the months turn to years, she wonders is she would ever find her to make her life complete. Clara loves Joe unreservedly … until another man enters her life.

A sensitive story of lasting friendship, intrigue, and forbidden love. 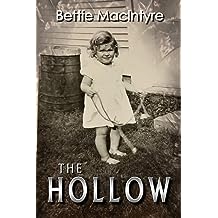 The Hollow Nov 23, 2020
by Bettie MacIntyre
( 1 )
$2.99
The Hollow is Irene’s story, and the loving relationship between a grandmother and granddaughter. A pathology of metaphorical memories in short story form. Irene was born at the onset of WWII, in a small town at the Elephant Mountain’s foothills, known as The Hollow, in Vermont. Her parents sought employment in Connecticut to support the industrial war effort, leaving their infant baby, Irene, with her elderly grandparents. Her gram became her mother, who taught her at an early age about life, death, and rebirth at a systemic level, and how to embrace it with love. Prayer and church were the basics of the family, and a foundation that followed her throughout life. A naive country girl whose best friend was Bessie, the cow. Gram taught her to read and write from the Bible. She experiences her grampa’s death, the birth of a baby sister, and in a brief time, her mother’s passing. All the stories are heartfelt embedded memories; from Irene’s gram teaching her to swim, and her fifth Christmas present, a red hair ribbon. Throughout her life, she had the greatest love and foundation a child could possess. She promised she would care for her gram and sister and, in their end, validated it with a final kiss. The Hollow is a poignant, sensitive story readers of all ages will enjoy.
Read more
Other Formats: Paperback