Between Burning Worlds (System Divine Book 2) and millions of other books are available for Amazon Kindle. Learn more
Share <Embed> 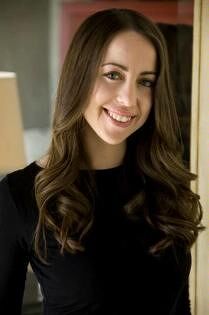 Les Miserables like you've never seen it before--this page-turning story rockets the classic through the stars and into your heart."--Beth Revis, New York Times bestselling author of Across the Universe and Star Wars: Rebel Rising, on Sky Without Stars

"An exquisitely executed reimagining. Epic in scope and storytelling, Sky Without Stars is an explosion of emotion, intrigue, romance, and revolution." -- Stephanie Garber, #1 New York Times bestselling author of the Caraval series, on Sky Without Stars


"Brody and Rendell masterfully craft a new take on an old favorite that's out of this world, filled with drama, intrigue and romance. Loved!"-- Danielle Paige, New York Times Bestselling author of the Dorothy Must Die series and the Stealing Snow series, on Sky Without Stars

"I could fill an entire book detailing all the things I love about Sky Without Stars, from the epic tech to the immersive world-building, the jaw-dropping twists to the characters that universally stole my heart. This brilliant reinterpretation of a beloved classic is not to be missed!" -- Marissa Meyer, #1 New York Times bestselling author of The Lunar Chronicles, on Sky Without Stars

Jessica Brody is the author of several popular novels for teens and tweens, including The Geography of Lost Things, 52 Reasons to Hate My Father, A Week of Mondays, Better You Than Me, and the Unremembered trilogy. She lives with her husband and four dogs near Portland, Oregon. Visit her online at JessicaBrody.com.

Joanne Rendell is the author of three novels and holds a PhD in English literature. She teaches fiction writing to teens and kids and is a board member for the youth Shakespeare company New Genesis Productions. With her husband and son, Joanne divides her time between New York City and New Paltz, New York. Visit Joanne at JoanneRendell.com.
Start reading Between Burning Worlds (System Divine Book 2) on your Kindle in under a minute.

4.7 out of 5 stars
4.7 out of 5
90 global ratings
How are ratings calculated?
To calculate the overall star rating and percentage breakdown by star, we don’t use a simple average. Instead, our system considers things like how recent a review is and if the reviewer bought the item on Amazon. It also analyzes reviews to verify trustworthiness.

ihartbooks
5.0 out of 5 stars It gets better and better
Reviewed in the United States on June 14, 2020
Verified Purchase
What a squel! It's just as good as the first book, Sky Without Stars. This is a nice hefty book and features the 3 POV. Chatine, Marcellus, and Allouette fight to stop the General. The find out his ultimate plan and they make new and unexpected allies along the way.

Chatine was able to escape Bastille and ends up with a group that are more like mercenaries. They have escaped Latarre and stay out of the politics. They stay neutral and don't pick either side, but as mercenaries, they will take on jobs for pay.

Alouette sets out to find more about her mother and runs into touble. She finds out why her mother faked Alouette's death.

Marecllus, now labeled as a trailor, tries to figure out what the weapon is grandfather is trying to build. He finds out the General has been working with their rival planet, Albion, to build the weapon.

Albion has adapted to the First World English where Laterre has French influence. I love the world building, it's very intricate and unique. Reading this book is like watching a movie to me. The story is well written with an expanding plot. There are new allies as well as a new defactor group that has a different goal than the Vanguarde. Fantastic read and I highly recommend it. I can't wait for the 3rd book!

Butterflies and gluten
5.0 out of 5 stars WOW!
Reviewed in the United States on April 11, 2020
Verified Purchase
This is an awesome read! It took me awhile to begin the first book but once I got into it I could not put it down. This one was the same. So many times you read a sequel and are disappointed. No disappointment here, this was faaar better than the first. There are so many things to say and normally I do but my reviews are always full of spoilers. This time I won't do that . There are many things to tie together in the next book so I am already impatiently waiting even though I just finished this one . The ending caught me off guard and all I could say was "WOW!" Thus my title for the review. It is truly worth your time to read this series. Jessica and Joanne pleeeeeease hurry with the next book.
Read more
Helpful
Report abuse

John Rogers Clark IV
5.0 out of 5 stars Now I must wait again.
Reviewed in the United States on March 29, 2020
Verified Purchase
A powerful, action-packed and very easy to get into second book in this series. Given the number of characters involved, it would be easy to get lost or confused as the plot develops, but the authors do a stellar job of keeping herd on every one of them. I can't wait to find out what comes next.
Read more
Helpful
Report abuse

B Hicks
5.0 out of 5 stars Second great installment
Reviewed in the United States on April 6, 2020
Verified Purchase
A great second installment in the System Divine series. Don’t be intimidated by the fact that this book is a real chunk at around 700 pages. The story flows well and moves right along so that the reader never feels bogged down in unnecessary sections. The only negative I have is that I have to wait for book three to be written and published!
Read more
Helpful
Report abuse

Barbara Rice
5.0 out of 5 stars I am
Reviewed in the United States on July 22, 2020
Verified Purchase
loving this series!
Read more
Helpful
Report abuse

Ruthsic
4.0 out of 5 stars fantastic sequel
Reviewed in the United States on March 27, 2020
Between Burning Worlds starts off 2 weeks after the events of Sky Without Stars, with Marcellus wanting to join the Vanguarde, Chatine on Bastille, and Alouette run away from the Refuge, to seek more information about her past. The General’s plans for Laterre are a mystery that Marcellus wants to find out, and prevent from happening, but he constantly feels like his grandfather is three moves ahead of him in everything. Chatine is suffering from auditory hallucinations on Bastille, and the harsh conditions over there, but she notices a pattern among the older seeming prisoners over there. While the Vanguarde amping up its efforts to free Citizen Rousseau, another group emerges in the aftermath of that attempt, with a similar revolutionary streak. Some of main characters, meanwhile, have to escape the planet to find the nefarious plans the General has in store.

There’s a lot that can’t be discussed in this review because of spoilers, but I gotta say, I loved that we got to see outside of Laterre in this book, and how things work on other planets. The introduction of three new major characters to be a part of the team infused it with new energy, especially the sparkling personality of self-claimed ‘criminal mastermind’ Gabriel, who just screams ‘we are all gonna die’ at every minor inconvenience, and self-claimed ‘sympathizer’ Cerise, who just wants to punch him at every instance, but you can definitely see their relationship developing in between the bickering. Etienne was also a treat, but his home especially is a symbol of hope for Chatine, who never knew such a loving society could exist where people do things for each other out of love and community. The twists and reveals in this sequel were not all surprising, since some of them had nicely placed foreshadowing at various points, so it was also fun to unravel some mysteries of the plot. It also made the long length of this book worth it, which at 690 pages, could have felt tiring but instead just allowed for more development between characters, character storylines and the world-building.

Overall, it is a fantastic sequel, with an action-packed plot and the addition of new characters to love!

rebecca
5.0 out of 5 stars Excellent
Reviewed in the United Kingdom on November 24, 2020
Verified Purchase
Really good copy, looks brand new, very happy
Read more
Report abuse
See all reviews
Back to top
Get to Know Us
Make Money with Us
Amazon Payment Products
Let Us Help You
EnglishChoose a language for shopping. United StatesChoose a country/region for shopping.
© 1996-2021, Amazon.com, Inc. or its affiliates