Between the Knife and the Sock and millions of other books are available for Amazon Kindle. Learn more 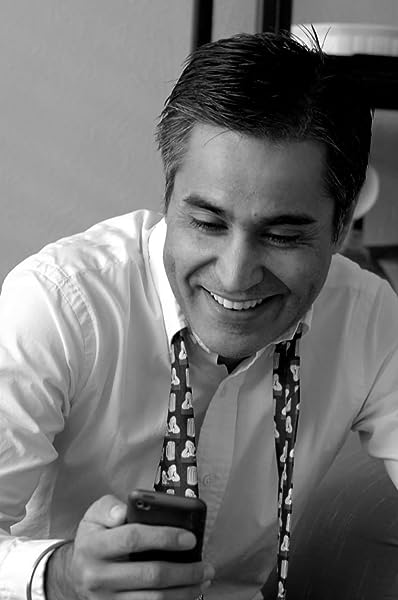 Between the Knife and the Sock: Story of an Immigrant Doberman Paperback – September 2, 2016

by Inder Sandhu (Author)
4.9 out of 5 stars 6 ratings
See all formats and editions
Sorry, there was a problem loading this page. Try again.
Read more Read less
Previous page
Next page

An inherently fascinating and compelling read from cover to cover, "Between the Knife and the Sock" is an extraordinary and deeply personal story that will have a very special appeal to anyone with their own canine companion.       -- Midwest Book Review


The writer's technique of using multiple tones to engross the reader's was very effective. Like the first chapter, the use of dramatic visualization in the last chapter really created a sense of intrigue. Also, the answer to the question in chapter one, "What can an f---ing dog teach me?" was finally revealed. If you are as curious as I am, you simply must read this book!

Inder Sandhu has been volunteering at animal shelters over the past eight years and is involved in several rescue organizations as an Adoption Counselor, Fundraising Manager, Educating and Information Manager along with serving on volunteering and fundraising committees.

He is a Mechanical Engineer by trade, has an MBA in marketing and has held several positions as Marketing Manager for engineering products. Some of the organizations he represents are; Abandoned Animal Rescue, Tomball, Houston Area Doberman Rescue, Desert Harbor Doberman Rescue, Home fur’ Good, SPCA Chandigarh, People for Animals, People in Defense of Animals and others.

Inder also writes columns in newsletters for rescue organizations, has had articles published in Indian daily newspapers (Hindu and The Tribune) and has some articles due to be published in Doberman Pinscher magazine. He has also been a guest on radio in Houston for volunteering opportunities within the Indian, Pakistani communities in the US. In addition, he posts on a blog page www.indersandhu.com.

He is also a part of several online rescue groups both in India and the US (Pablo’s Doggy Rescue, Society of Prevention of Cruelty to Animals, International Animal Rescue Goa and others) and is a frequent speaker at Abandoned Animal Rescue and Houston Area Doberman Rescue in Texas.

Start reading Between the Knife and the Sock on your Kindle in under a minute.

Amazon Customer
5.0 out of 5 stars Five Stars
Reviewed in the United States on October 15, 2017
Verified Purchase
I love the way Inder writes this story. Honest and true. Thank you for a beautiful story!
Read more
Helpful
Report abuse
See all reviews

Shalini
5.0 out of 5 stars Love, loyalty, respect and courage that brings alive the bond between a man and his loyal dog
Reviewed in the United Kingdom on December 25, 2018
Verified Purchase
This book takes you on a heart warming journey exploring the bond between the author and his dog ... exploring the transitions and transformation that everyone in their life (including them) goes through along the way.... and before you know it, not only are you are engrossed in their story ...but you also start a bit of soul searching and introspection of your own
A must read ... it will make you stop and think
Read more
Report abuse

Amazon Customer
5.0 out of 5 stars beautifully written love
Reviewed in India on July 18, 2017
Verified Purchase
Grippin.. beautifully written love story
Read more
Report abuse
See all reviews
Pages with related products. See and discover other items: stories of immigrants
Back to top
Get to Know Us
Make Money with Us
Amazon Payment Products
Let Us Help You
EnglishChoose a language for shopping. United StatesChoose a country/region for shopping.
© 1996-2021, Amazon.com, Inc. or its affiliates