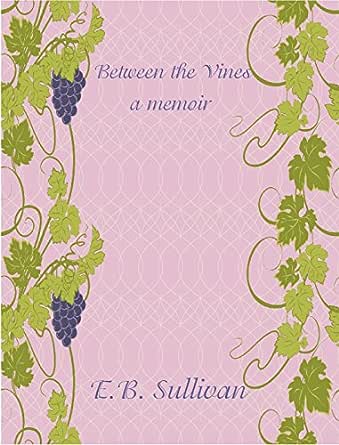 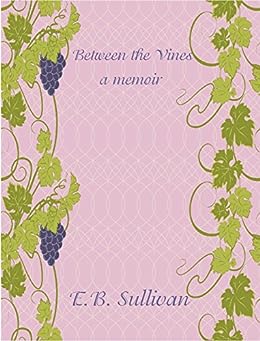 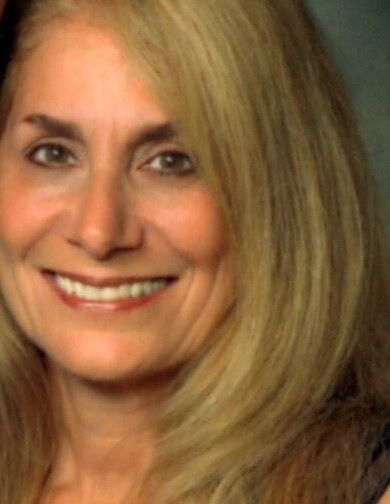 Between the Vines: A memoir Kindle Edition

Being a wine drinker, I found the production of it, as a backdrop of a love story fascinating. The planting of embryo vines, taking them to fruition, and then developing a particular type of wine, is a love affair only a few can understand.

Ms. Sullivan’s main character, Lucia, has an Italian immigrant mother and father, whose love is captured in the way they live in producing the fruit of the vine into wine. Lucia tells her story, her memoir, of how their love for her, her brother Marco, and of their devotion in living Between the Vines.

Telling her story, she explains how her parent’s devotion helped develop her character and the decisions she made in route to maturity like the vines that were produced on their precious Vino Baci Vineyard. Like the vines’ production, Lucia’s life has difficulties that must be overcome to produce a loving conclusion within her own family.

Lucia’s trials and errors in her personal life do co-inside with her own new understanding of winemaking. Devoted to the family’s vineyard, she comes close to losing her own husband, whose allegiance is to her and to another profession that takes him away from the vineyard on long business trips.

Between the Vines has its highs and lows, but it’s mostly even keel in the story’s flow. This memoir is a well worth read on many levels, especially if you are a wine drinking romantic like me.

Lisa Troute
5.0 out of 5 stars Life and love in the vineyard
Reviewed in the United States on October 11, 2016
Verified Purchase
This is my favorite Elizabeth Sullivan book. It has a number of extremely well developed characters and gives an in-depth look at all of the hard work and love that goes into running a vineyard. The characters are extremely human, with the hopes, trials, conflicts, and other emotions that make them come alive on the page. Their issues and passions become so relatable that by the end of the book you think of them as old friends. The story takes place over a number of years, and it is gratifying to see what happens to the main characters as they mature. An excellent read.
Read more
One person found this helpful
Helpful
Report abuse

P.S. Winn
5.0 out of 5 stars Touching read!
Reviewed in the United States on April 18, 2017
Verified Purchase
This book is actually a memoir of a woman's life. Lucia recalls growing up and going through the hardships and struggles along with the love and happiness that comes with each of our lives. The book is touching, heart warming and heart wrenching at times. The author does a great job with the feel of this book and allowing readers to step into the enchanting story.
Read more
Helpful
Report abuse

Tia in Maine
2.0 out of 5 stars Two Stars
Reviewed in the United States on July 24, 2018
Verified Purchase
Not that great acread.
Read more
Helpful
Report abuse

Rachael T
5.0 out of 5 stars Heartwarming tale
Reviewed in the United States on August 23, 2016
Never having read a memoir before, I wasn't sure what to expect or if I'd enjoy it. As I read through this, the tale of the Life of Lucia, from her childhood growing up in a vineyard in an Italian family and her deep love for where she came from I felt it heartwarming. I got sucked into her personal troubles, tragedies, the happy moments and the mundane. Sullivan weaves a lovely tale in the backdrop of the wine country, surrounded by love and loss and lessons learned.
Read more
One person found this helpful
Helpful
Report abuse
See all reviews