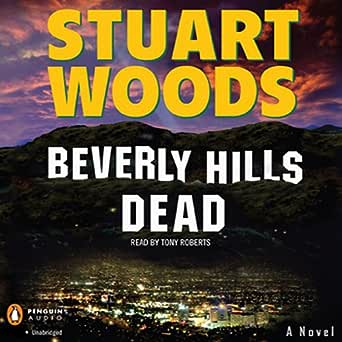 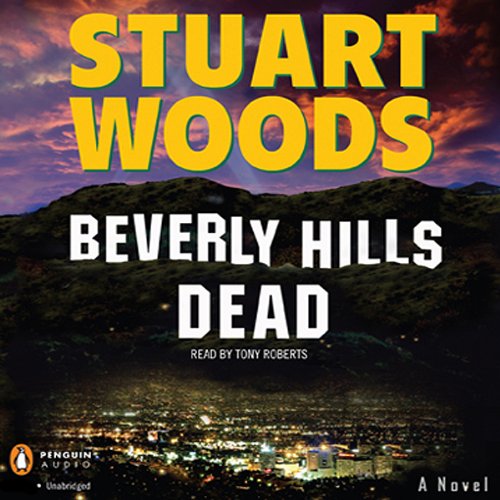 4.4 out of 5 stars
4.4 out of 5
139 global ratings
How are ratings calculated?
To calculate the overall star rating and percentage breakdown by star, we don’t use a simple average. Instead, our system considers things like how recent a review is and if the reviewer bought the item on Amazon. It also analyzes reviews to verify trustworthiness.
Top reviews

W. Frazier
VINE VOICE
3.0 out of 5 stars Mindless airy entertainment.
Reviewed in the United States on December 4, 2018
Verified Purchase
This novel is like book cotton candy. It’s light, breezy, and doesn’t involve a lot of brain cells — a pick-me-up for casual, quick entertainment (think poolside with a drink that has an umbrella in it). It’s the second entry to Stuart Woods’ Rick Barron series. The first book in the series was a little disconnected in its mindlessness. This entry is also light on substance. It does try to take on the subject of blacklisting, but the writing is surface-level, so the effort is merely a plot point. The book has a super easy flow to it, with a decent storyline and interesting characters.
Read more
Helpful
Comment Report abuse

M. S. Warner
5.0 out of 5 stars Seemed True
Reviewed in the United States on January 15, 2020
Verified Purchase
This could have been a true story, it rang so true. In my opinion Stuart Woods' earlier books were far superior to his current output, and this book is no exception. It's fast moving, and I like the protagonist very much. Wish the Rick Barron series were longer.
Read more
One person found this helpful
Helpful
Comment Report abuse

V. Bliss
1.0 out of 5 stars Rock bottom
Reviewed in the United States on July 2, 2009
Verified Purchase
Stuart Woods has been my summer entertainment for a number of years during which I have seen the quality of his books go down, down and down. This book was rock bottom. The Stone Barrington cookie cutter stories are at least entertaining but this book never started. I was down to the last three chapters still wondering when something would happen. Finally, when there was some action, it was like something attached just to make the book end. The ending came out of nowhere with no hints, no red herrings, nothing.
I could have handled there being no real mystery plot if the story of the McCarty era had been fleshed out so I learned something new but even that was just glossed over. I found myself, for the first time, skimming pages that repeated the same informtion several times and bored with the repetive and dull diaglogue such as "sure will" that appeared many times per page.
I will try again with Stuart Woods and hope for better. I recently read Santa Fe Dead and enjoyed it very much. I'm sure the talent is there but the contract for yearly books must be a burden.

Larry deFuria
5.0 out of 5 stars Well worth your time
Reviewed in the United States on August 7, 2014
Verified Purchase
All of the Stuart Woods books have provided me with a great deal of entertainment. Each is different but weaves in many of the same characters as they age and go through their lives. Some of the lesser characters recur here and there, making each book more interesting. Read them in order to keep up with the movement. Thoroughly enjoyable with many plots about places and matters that I otherwise might not have been overly interested in until reading them in these books. I keep tied for more from Mr. Woods.
Read more
One person found this helpful
Helpful
Comment Report abuse

Jerry Gilbert
5.0 out of 5 stars Winner
Reviewed in the United States on July 2, 2020
Verified Purchase
Another really good story by Stewart Woods.
I remember some of the type of incidents that occurred in those days.

Tim W. Foster
5.0 out of 5 stars Great entertainment!!
Reviewed in the United States on September 25, 2020
Verified Purchase
We really enjoy all the Stone Barrington books!! We read the books AND play the cds😎
Read more
Helpful
Comment Report abuse

Diana S. Dawson
2.0 out of 5 stars A Look Back
Reviewed in the United States on September 14, 2014
Verified Purchase
Certainly not a challenging read but it does offer a peek at the horrible world of McCarthyism. The author did do some research into the Motion Picture Association and the Hollywood studio system in place in the forties and fifties. That is worth applauding. The characters are pleasant. Passes the time.
Read more
3 people found this helpful
Helpful
Comment Report abuse
See all reviews

Willy Gerber
3.0 out of 5 stars Not the best
Reviewed in Germany on February 2, 2009
Verified Purchase
I have read and enjoyed many books from Stuart Woods. This one is not the best. Not much action or suspens. Almost boring. Sex scenes of no interest at all.
Read more
Report abuse