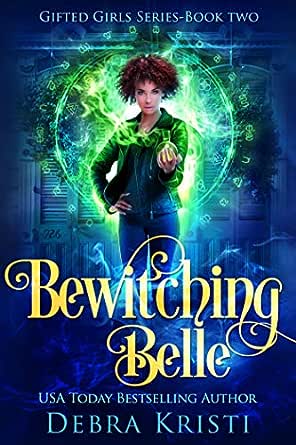 You've subscribed to Gifted Girls Series! We will preorder your items within 24 hours of when they become available. When new books are released, we'll charge your default payment method for the lowest price available during the pre-order period.
Update your device or payment method, cancel individual pre-orders or your subscription at
Your Memberships & Subscriptions
There was an error. We were unable to process your subscription due to an error. Please refresh and try again. 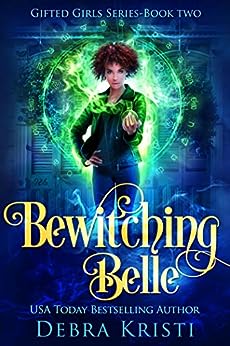 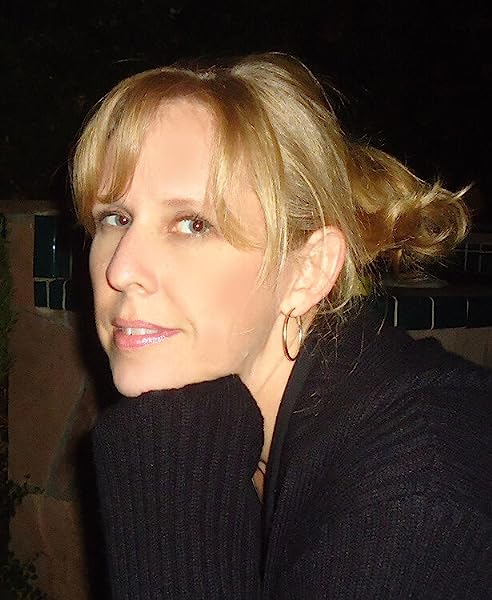 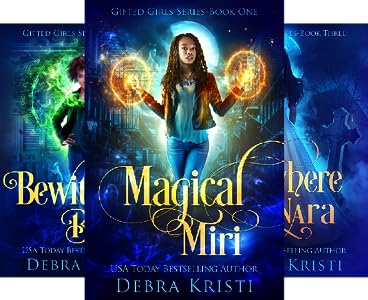 "Wow! What a great series! Book 2 in the gifted girls series focuses on Belle, Miri's younger sister. This is a fast paced paranormal action packed adventure that keeps you turning pages from beginning to end."
- Merry a Vero Beach, FL Reviewer, Amazon Reviewer★★★★★

"You know how you read a book and get upset life gets in the way that's how I feel having to stop reading this. This book is everything I could have wanted in a sequel. Characters who sat wrong with me in the first book stood up and showed me better. Everything about this book pulled me further into the world of Magic that Debra Kristi has created."
- Amazon Reviewer★★★★★

"OMG! If you thought the first book was good wait till you read Belle's story! Each of them are awesome in their own right but I found this second book more detailed and grittier!"
- debbie, Amazon Reviewer ★★★★★

"I loved this open-minded little witch and her spicy magic. ... This is a book with many adventures, a little romance, new friends, secrets and unexpected allies."
- Astrid Rudloff, Amazon Reviewer★★★★★

"It's an extremely captivating story. Grab a copy now it will keep you on the edge of your seat."
- Susan Wagner, Amazon Reviewer★★★★★

4.8 out of 5 stars
4.8 out of 5
49 global ratings
How are ratings calculated?
To calculate the overall star rating and percentage breakdown by star, we don’t use a simple average. Instead, our system considers things like how recent a review is and if the reviewer bought the item on Amazon. It also analyzes reviews to verify trustworthiness.
Top reviews

TXBRITGAL
VINE VOICE
4.0 out of 5 stars One special magical family!
Reviewed in the United States on April 8, 2020
Verified Purchase
...and the story continues! Time has moved on since book one. Miri and Philip are now engaged, and Belle is fully immersed in her kitchen magic and learning more with her mini coven. Formed with two friends get coven gives her a sense of peace, and might not yet be complete 😉. A familiar evil rises again, and reeks havoc among those held dear. Yet this time Belle, her family, and friends aren't caught completely unaware. Enjoy seeing the growth in this amazing young witch. A few secrets come to light, and a few surprises along the way. Yet at the heart of it all is FAMILY. Family of the heart, family by blood, and family by choice. With family anything is possible! I LOVED seeing the growth in Belle and her siblings, and look forward to the next book about a very special family member ❤
Read more
Helpful
Comment Report abuse

Merry a Vero Beach, FL Reviewer
5.0 out of 5 stars A series you just can't put down once you begin!
Reviewed in the United States on April 28, 2020
Wow! What a great series! Book 2 in the gifted girls series focuses on Belle, Miri's younger sister. This is a fast paced paranormal action packed adventure that keeps you turning pages from beginning to end. With all the negative forces in the French Quarter wanting Belle and her family gone, she is tasked with protecting her family and friends as best as she can. Learning how to control and work her magic, Belle meets a new friend and has her join the coven of friends she set up. Luna, the new girl who Belle and her friends in the coven, Jeanna and James befriended is in trouble and needs some magic help. At the same time, Belle's mother's body is overtaken by black magic and Miri, Michael (their brother) and their Grandmother lock the kid's mom in an upstairs bedroom. Not to sit still when her family is in peril, Belle decided they have to get rid of the Bokur and Caleb and all manor of black magic to save Luna's parents as well as curing their mother. With her coven backing her up and help once in a while grudgingly from Michael, Belle and friends set to make all things right! All the while, Miri is preparing not only for her wedding, but the birth of her baby. More reason for Belle to feel she must fix things. Although Miri is the strongest of the family witches, she swore off using her magic. So, can Belle and friends save the day and restore her mother and Luna's parents to their natural state? Or will the Bokur not let them interfere in his black magic empire? I love this series and can't wait to see the next book in this series and what it has to bring! I received an ARC from the author but the opinions expressed here are strictly my own.
Read more
Helpful
Comment Report abuse

sherri jones-teachoutTop Contributor: Cooking
5.0 out of 5 stars The series continues with Miri's sister Belle.
Reviewed in the United States on April 5, 2020
Belle is at her wits end. Her mother is acting possessed, and the new friend she met Luna, is going through almost an identical situation with her dad. He is acting weird like Belle’s mom. The more Belle, Luna, James, and Jeanna, delvie into the situation, they realize the Bokor, and dark magic wielder is responsible, and one of his pratctioners was Caleb, Belle’s mom’s ex who is now in prison. Somehow he has stolen her soul and bound to him. How can they release her mom, and also release Luna’s dad from his bondage. They get some help from Belle’s brother Michael, but after asking James’ brother John for help, they just might find out the he is also aligned with the Bokor. They are all in danger, so how can they defeat such a powerful evil man? I see at the end of the book the next story will be about Miri’s daughter. I hope there will be a book about Michael soon. And what is John’s deal? Will there be a story about him also? I received a copy of this book via Booksprout and am voluntarily leaving a review.
Read more
Helpful
Comment Report abuse

Emily Pennington
TOP 500 REVIEWER
5.0 out of 5 stars Belle Steps Up
Reviewed in the United States on April 8, 2020
This book is about Belle, Miri's younger sister. Her family isn’t welcome in the French Quarter as everyone there strongly lets her know. But she and a friend have some serious magic-related issues coming from black magic in the Quarter, and Belle is ready to protect them any way that she can. She is learning to use her magic and seems to get little help from her brother. But maybe joining a coven with Luna, a new friend, can help her? When Belle's mother's body is overtaken by black magic, Belle is ready to get rid of the Bokur and the black magic being used against her family. Can she and her coven friends take on the evil? Or is she heading for disaster?

This sounds like a ‘David and Goliath’ story to me, with the inexperienced Belle going up again something very black-magic-evil. Her little coven doesn’t sound like it has enough oomph either. But what she lacks in her magic, she makes up for in her courage and love for her family. Grab your copy and see if she can keep her loved ones protected.
Read more
Helpful
Comment Report abuse

Hope Leslie
5.0 out of 5 stars Bewitching Belle
Reviewed in the United States on July 7, 2020
Another great story. This is Belle's story and her encounter in growing into her powers as a witch. She knows more about witches than Miri's did because she watched what Miri's went thru plus she was learning witchcraft with spices in the kitchen. She had to move with her mom to Algiers to keep an eye on her cause she was not acting right after Caleb went to jail.
Belle met 2 other witches at school and they made their own coven. They met every Monday after school trying to learn and figure out how to fix her mom. Belle, James, and Jeanna make a trip to a store and overhear a customer, Luna, asking for herbs for a spell. James has Belle go talk to her and they become close friends and coven mates. Luna's family has also run afoul of Chok and the coven tries to help. Read the book for the more interesting and intriguing details.
Read more
Helpful
Comment Report abuse

James, Jeanna, Belle, Miri; young kitchen witches in a battle for their lives. Caleb, evil incarnate, but incarcerated; or is he? Caleb still exerts control over Belle's mom, and Belle is desperate to break that hold... But can she?

In an attempt to learn how to help her mother, Belle and James arrange a meeting with James' brother John. On their way to the meeting, Belle and James discover another young witch, Luna, who is desperately seeking answers of her own...

Evil oozes and swirls, creeping like an evil fog, twisting and twining... Grasping for more... More power, more souls... More... Belle and her friends must find a way to overcome the evil that is closing in around them... Or become a part of it...
Read more
Helpful
Comment Report abuse
See all reviews