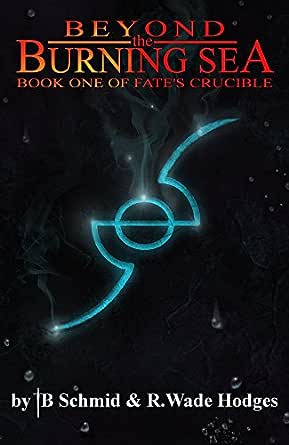 You've subscribed to Fate's Crucible! We will preorder your items within 24 hours of when they become available. When new books are released, we'll charge your default payment method for the lowest price available during the pre-order period.
Update your device or payment method, cancel individual pre-orders or your subscription at
Your Memberships & Subscriptions
There was an error. We were unable to process your subscription due to an error. Please refresh and try again. 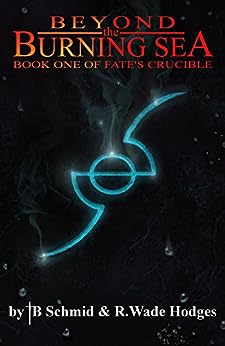 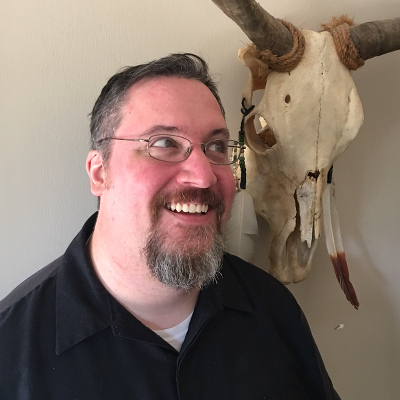 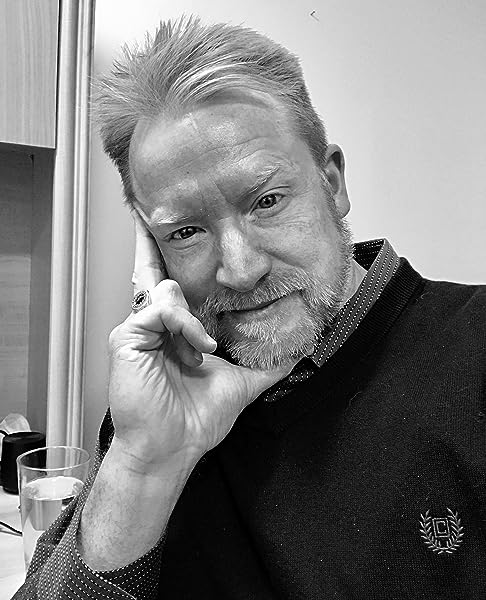 Beyond the Burning Sea: Book One of Fate's Crucible Kindle Edition 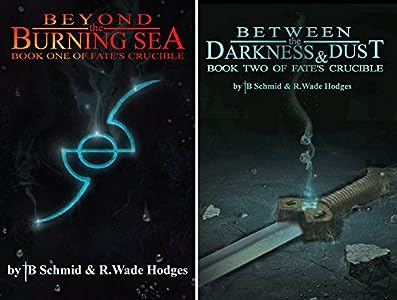 T.B. Schmid lives in upstate New York with his wife, two children, and two Norwegian Elk Hounds. When not haranguing R.Wade Hodges about their joint venture, Lions of the Empire, he enjoys football, movies, music, gaming, rum, and cheering on his kids. R. Wade Hodges feels like author summaries sound too much like obituaries. He enjoys giant robot anime, good whisky, gaming and anything involving bacon. He is grateful to be part of Lions of the Empire and the world of Ruine. He has survived by spite and the efforts of his wonderful daughter and his fantastic wife. --This text refers to the paperback edition.

Amazon Customer
5.0 out of 5 stars Freakin Fantastic
Reviewed in the United States on June 20, 2017
Verified Purchase
This story took me for an extremely wild and thrilling adventure. From being skeptical beforehand as I have not been an avid reader of this particular genre, to getting teary eyed at the close of the final page due to excitement, suspense and sheer greatness, this book has topped my list of new reads. With the perfect balance between a story carried by it's characters and by it's action driven plot, it quickly became something I read out of interest to something I read out of necessity. Unable to put it down with a need to see what thrilling and mystical obstacle would occur next, I found myself rapidly flipping the pages by the end. For someone who does not usually read this genre, it possessed the perfect amount of magic, adventure, and emotion that it may have made me a believer in this genre for future books! I CAN NOT WAIT until the second book is out as it promises to be an extension of this greatness!
Read more
2 people found this helpful
Helpful
Comment Report abuse

Azriel7
5.0 out of 5 stars In an absolutely overcrowded arena that is the genre of ...
Reviewed in the United States on September 26, 2016
Verified Purchase
In an absolutely overcrowded arena that is the genre of fantasy, this book rises above most. It is a highly imaginative tale of adventure, intrigue and suspense that offers characters that you will wholeheartedly invest in. It can tread in somewhat familiar waters, but with a deftness that is surprisingly refreshing. Don't be surprised to find yourself spending the wee hours devouring this book. To borrow a quote from the book, I cry "En'varr et Laegis!", and count myself among the growing legion of readers that are now eagerly awaiting the next book in this series!
Read more
4 people found this helpful
Helpful
Comment Report abuse

Kristy
5.0 out of 5 stars A quality example of low fantasy.
Reviewed in the United States on November 17, 2016
Verified Purchase
I've read other works by these authors, and their skill is definitely on display in this work. Their narration is often feels poetic without being pretentious, and their imagery is vibrant, grasping the imagination and putting me in the scene. The main characters are interesting, growing and evolving as they grapple with the events in the story. I like that they seem to organically and sometimes reluctantly grow into heroes and leaders rather than be larger than life from page 1, making them relatable and credible as people out of their depth.

I can't wait to read how the story continues in the next installment!
Read more
2 people found this helpful
Helpful
Comment Report abuse

Shane
5.0 out of 5 stars The H’kaan are super human beings that carry Maughrin’s torch
Reviewed in the United States on December 6, 2016
I received a free copy of this book, but I would readily pay. I just finished Beyond the Burning Sea and this epic Fantasy world has me drawn in. Fate’s Crucible is a series that I will keep up on!

Maughrin is the living darkness, a demon dragon who destroyed the first world. The young gods imprisoned her, but they are all dead. The H’kaan are super human beings that carry Maughrin’s torch, but their presence has been scarce since Maughrin’s demise at Ehronfall.

New vocabulary aside, the people of Ruin have a thriving world, in spite of their dead young gods. They find themselves besieged by the enemies their dead deities sought to eliminate. Beyond the Burning Sea tells the tale of Ruin’s people discovering the threat and carrying on to deliver the news. Bore not, Dear Reader! It isn’t as simple as all that.

Triistan is cast away, starving, and struggling to deliver news of Ruin’s fate to the Sea Kings. Fellow stowaways threaten his secret and his life.
Casselle, one of the first women to join the Templars, the knights of Ruin. Her squad is digging girl power, but most of the old guys on shift don’t like the idea. It’s awesome to read about woman soldiers. My sister was in the US Army and defended American freedom. Women kick ass and deserve to be heroes for their tribulations. They are brave and strong, and capable of a love that this male reader thinks many men don’t understand. I appreciate reading about a woman war veteran in a time when reality mirrors fantasy. It’s a trope I hope to read a lot more about. I get weepy and patriotic just thinking about it.

Casselle happens to be a large and strong woman, capable of the physical feats her male counterparts can perform. I think about Rowdy Rhonda Rousey, who could certainly strangle you or me (I could probably strangle you, too, but definitely not Rhonda!) Her male team mates back up her leadership and the fact that she’s the first lady to become a Templar. The organization used to be the militia for the young gods, but now local armies can match their strength.

Also the shipwreck with Triistan and Dreysha will draw you in. Her allegiances push her to uncover his secret, but what is the cost? I fell in love with them both, will they get along?

He knows a secret that will change the world and she will stop at nothing to learn it! What a beautiful way to go about world building! Announce that there is a “new world” while casually unfolding the “old world”.

Ruin has two suns. The bright sun setting and leaving behind its dull sister for a long evening has enthralled my imagination.

Buy this book, this quote explains why: “Once again he felt a strong compunction to hurl the book over the rail; there was such a long shadow of misery that trailed from its pages all the way back to Aarden’s heart of darkness”
Read more
2 people found this helpful
Helpful
Comment Report abuse
See all reviews