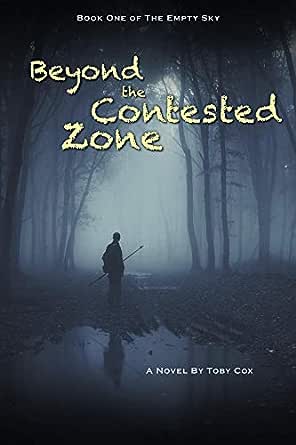 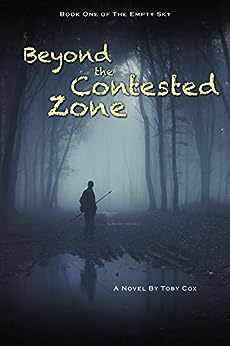 Beyond the Contested Zone (The Empty Sky Book 1) Kindle Edition

"Witty and smart...with intriguing world building and vivid imagery, Beyond the Contested Zone is a perfect read for science fiction fans across the universe!"

Toby Cox is a Canadian author. For the past 16 years, he has worked as a technical writer. He began writing fiction when he was young, and has remained an avid reader of science fiction and fantasy. Following several challenging life events, including illness, isolation, sudden reversals of luck, and the loss of a friend, he felt called to write something that touched upon the gravity of these experiences. Beyond the Contested Zone, the first book in the forthcoming Empty Sky series, is his first publication. When he's not writing, Toby engages in a variety of other hobbies including music composition, roleplaying games, and acting. He currently lives in Toronto with his common-law spouse and two cats.... --This text refers to the paperback edition.

TH Leatherman
3.0 out of 5 stars Not bad
Reviewed in the United States on April 2, 2020
Thomas’ world is collapsing around him. It isn’t enough that he lives on a planet with hostile aliens trying to kill him. He’s grown up with that. It’s that they’re losing that battle. The latest casualties: his wife and children. He’s stopped caring for himself and the world around him. His sanity is hanging in there by the thinnest of threads. So, when he’s offered a mission to investigate a mysterious signal, of course he’s drawn to it like bears to honey, to bee or not to bee. I hive a question.

Dangerous, weeks of solitude in the wilds, and low chance of survival, sign him up! Food will be scarce, and foraging will be harder the further he gets from home. The prize is some unknown bit of technology which could help them survive or might be nothing at all. It’s a lot to risk someone’s life on, unless that person has already lost the will to live. And face it, camping in the wilderness can be really in-tents.

But the mission does give Thomas something he desperately needs: purpose. With a little luck, maybe he’ll be able to piece together his fracture psyche. He’ll need his wits when reaches his goal, because the stakes are much higher than anyone imagined. The source of the signal could give the colonists a fighting chance against the alien scourge or doom the survivors to a quick and painful death. If he isn’t careful, like water at a hundred degrees, humanity will be mist.

Toby Cox’s story is a lot like Cast Away or Robinson Crusoe. Thomas spends a lot of the beginning of the book either struggling to survive or struggling to remain sane. A lot of that takes place as flashbacks in where the main character interacts with people from his past, primarily his dead wife. Toby tries to use this create psychological drama in which Thomas overanalyzes every action he had to come up with better solutions. For me this part of the story fell flat. After the first half dozen scenes, I started speed reading these sections. The survival parts of the story are good as Thomas uses cunning and skill to find food and survive alien encounters.

I enjoyed the second part of the book. Thomas reaches the objective and finds two people waiting for him. The story switches from a survival novel to a mystery novel with thousand-year-old who done it. Here, Thomas’ wits put him in good stead as he tries to reason out truth from fiction in a battle of wills. The very fate of the colony is at stake. I’m going to give this book three out of five stars. Toby Cox shows a lot of promise, and I’m looking forward to his future works.
Read more
Helpful
Comment Report abuse

Carol R. Jacobs
5.0 out of 5 stars This is already an AMAZING Series!
Reviewed in the United States on July 28, 2019
Usually I would never write a review about a book I have yet to finish, but I'm hooked!. I purchased this book before Amazon started offering it, from another vendor.
I won't give any spoilers, but I must say.
Toby Cox is a very talented Author and I am beyond excited for the rest of The Empty Sky Series.
Read more
One person found this helpful
Helpful
Comment Report abuse

Robin Arruda
5.0 out of 5 stars Addictive, don't start reading when you have things to do!
Reviewed in the United States on October 7, 2019
This book is amazing, pulls you in and doesn't let you put it down until you're done. The ending doesn't leave you on a cliffhanger but it does leave you wanting more. I can't wait for the rest of the series.
Read more
Helpful
Comment Report abuse

Outlander Neo
5.0 out of 5 stars Great Read.
Reviewed in the United States on October 14, 2019
A wonderful new world and characters to explore.
Looking forward to finding out more about this fascinating place and people.
Read more
Helpful
Comment Report abuse
See all reviews from the United States