Beyond Death (Perimeter Defense Book #2) LitRPG series and millions of other books are available for Amazon Kindle. Learn more 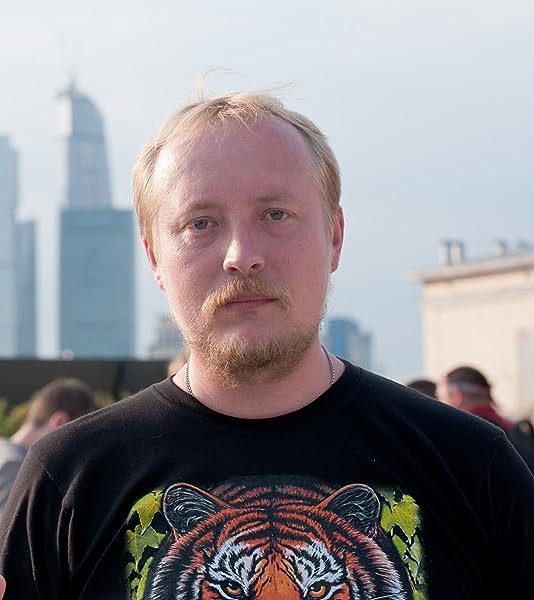 by Michael Atamanov (Author)
4.4 out of 5 stars 86 ratings
Book 2 of 4: Perimeter Defense
See all formats and editions
Sorry, there was a problem loading this page. Try again.

Start reading Beyond Death (Perimeter Defense Book #2) LitRPG series on your Kindle in under a minute.

4.4 out of 5 stars
4.4 out of 5
86 global ratings
How are ratings calculated?
To calculate the overall star rating and percentage breakdown by star, we don’t use a simple average. Instead, our system considers things like how recent a review is and if the reviewer bought the item on Amazon. It also analyzes reviews to verify trustworthiness.
Top reviews

To be fair, I read this book in one sitting and finished it wanting book 3 to be translated already!! It is a lovely addition to the litrpg genre. If you liked the first perimeter defense book, you will surely like this one. The space battles are even grander and more extensive. The main character's connections with other people, factions, and alien races grows deeper. He becomes even more decisive and successful.

Yet this book wasn't as great as the first one for me, mainly for nit-picky reasons. The biggest thing for me was the main character's stance on crystals. In the first book, I liked his very principled and seemingly extreme (in the eyes of other people in the story) stance on drug crystals. He had nothing to do with them and had every trace of them destroyed on all his ships. Yet in this book, he seems very passive and blasé about some of his closest companions using them frequently.

A second thing is that the gaming aspects of the story, light as they are, were still emphasized more in the first book. I thought the way the faction bonuses occurred was explored nicely. In this book, they are still there, but aren't really explored. The consequences of high or low fame are either ignored or mainly resolved in a few paragraphs. When a new character discovers the game menus for the first time or when a character is met without any game info, these were barely touched upon (maybe in a future book? hopefully?). It just seemed like the "gaming" side took a step back and the "space opera" side took a strong step forward.
Read more
One person found this helpful
Helpful
Report abuse

Bibliophyle
5.0 out of 5 stars FUN!!!
Reviewed in the United States on May 11, 2016
Verified Purchase
Continuous growth in an epic universe, along multiple lines so you are never board. He is trying to become rich, trying to become powerful, trying to become famous and trying to stay alive. Around him he is winning over those who once hated him and using them to propel him forward while perfecting methods of battle previously unknown.
Read more
4 people found this helpful
Helpful
Report abuse

Mvargus
TOP 1000 REVIEWER
4.0 out of 5 stars Interesting and imaginative premise saves the day
Reviewed in the United States on July 26, 2016
Verified Purchase
I enjoyed this continuation of the tale while at the same time occasionally shaking my head at the silliness of it. The premise of a man tricked into joining what he is told is some special video game and finding himself living as the character wears a bit thin at times, but the overall story is still fun.

I think my biggest issue was the size of the battles. The forces involved grew to ludicrious levels which pulled me out of my immersion a bit.

I do like the characters and wished the development of the relationships got a bit more time, but overall, there is nothing to complain about here.

Its a fun, if occasionally a bit flat, tale
Read more
One person found this helpful
Helpful
Report abuse

jexxer
2.0 out of 5 stars this was a fun story.
Reviewed in the United States on October 5, 2017
Verified Purchase
I was really hoping for a little more LITRPG, this was a fun story... But 98% a poor mans sci fi book with 2% litrpg. The author writes in a very broad strokes style with very little to no specifics. Battles are ... we won or we lost. Almost no strategy and zero military/tech, class, race etc detail. Seems like a young tween book. If this had more LITRPG elements I could forgive the author, but as a regular sci fi book there are many better writers out there who can flush out a story with specifics and detail.
Read more
Helpful
Report abuse

Kindle Customer
4.0 out of 5 stars A new story arc will be needed in the next book to maintain mystery.
Reviewed in the United States on February 23, 2018
Verified Purchase
Cons: Like the first in the series, this book is written more in the form of a sci-fi genre than a LitRPG. To clarify, there are few game mechanics and very limited character sheets. This book is more about the story than the game.

Pros: The author has managed to keep some mystery in the book and even some of the series originality. The book has action, both victory and defeat, all dealt with in good believable fashion.
Read more
Helpful
Report abuse

The twists, the turns, the story, and just how well everything is written. So far this series has been a stay-up-late page turner that I can hardly get enough of.

If you're aware of Eve online or just space fleet strategy then the book is very easy to follow. It has some politics thrown in there plus the ever looming question of how real the game is.

bookwatcher
5.0 out of 5 stars truly engaging
Reviewed in the United States on August 30, 2016
Verified Purchase
i got sucked into book 1 with kindle unlimited and had to buy book 2. there really was no choice in the matter. this author kept me up all night with believable characters that have flaws, a full steam ahead storyline, and continuous events that slide together. i have pre ordered book 3 and already have a headache thinking of the month long wait.
Read more
One person found this helpful
Helpful
Report abuse

Joshua Sink
5.0 out of 5 stars Watch out . Aliens are coming!
Reviewed in the United States on May 11, 2016
Verified Purchase
Very well done. Very easy to like the MC. Was really waiting for this book and it did not dissapoint. Highly entertaining with a good sprinkling of fleet tactics and faction politics! Must read for Sci-fi LitRPG fans.
Read more
2 people found this helpful
Helpful
Report abuse
See all reviews

Kindle Customer
5.0 out of 5 stars Sequel
Reviewed in the United Kingdom on May 12, 2016
Verified Purchase
Continuation from previous. If you liked that, you'll like this.
This book finishes the first arc - finishing his mission, exceeding expectations.
Will definitely read the next one.
Read more
One person found this helpful
Report abuse

Kindle Customer
5.0 out of 5 stars Fantastic litrpg
Reviewed in Australia on March 11, 2018
Verified Purchase
Sick of trashy harem litrpg and want something a bit classier. Grab this series with both hands! Will not disappoint. Low on rpg elements. High on sci fi
Read more
Report abuse

Goof80
4.0 out of 5 stars It's a good read
Reviewed in Australia on May 13, 2016
Verified Purchase
I enjoyed this story though it is lacking more of the Litrpg content and I was losing interest a bit towards the end but if you liked the first one you will like this one
Read more
Report abuse

Dhalmeida
5.0 out of 5 stars A great book for the lovers of space battles and strategy
Reviewed in Brazil on July 21, 2016
Verified Purchase
Incredible universe, great plots and epic characters this is what I can tell about this great book... This is one of the best book I ever read!!!
Read more
Report abuse