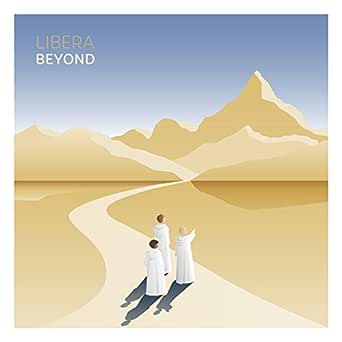 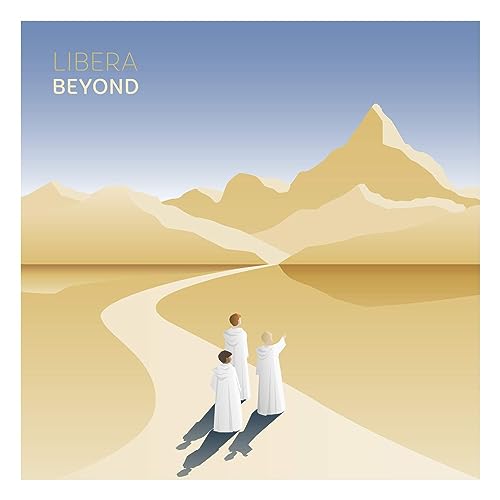 Libera & Project Instrumental
October 12, 2018
4.8 out of 5 stars 67 ratings
See all 2 formats and editions Hide other formats and editions
Buy the CD album for $11.99 and get the MP3 version for FREE.&nbspCD album ships from and sold by Amazon.com. Terms and Conditions. Does not apply to gift orders. Complete your purchase of the CD album to save the MP3 version to your Music Library.

4.8 out of 5 stars
4.8 out of 5
67 global ratings
How are ratings calculated?
To calculate the overall star rating and percentage breakdown by star, we don’t use a simple average. Instead, our system considers things like how recent a review is and if the reviewer bought the item on Amazon. It also analyzes reviews to verify trustworthiness.

Alex H
4.0 out of 5 stars Etherial youthful voices
Reviewed in the United States on December 1, 2018
Verified Purchase
Another gorgeous album sung by the young boys of Libera. Their voices are unlike any youth choir I've ever heard before; the works they sing are complex with stunning harmonies and each pitch is not only spot-on, but sung with beautiful tone and their voices fit together perfectly. I've never heard anything more beautiful.

Although most of the works on this CD are ones that the group has sung before, they have changed the performance to bring out different aspects of the songs - most notably in "Sanctus". Plus the singers are always changing as they get older, so the voices are different in most albums; different soloists with their own voices.

One reviewer talked about the mixer balance being off in this album. I wouldn't say that the mix was bad, but I think that it could have been better. The instruments didn't overpower the voices, but the instruments in this album were loud enough that they covered some of the overtones of the boys' voices; enough that character of the voices was muted and that character is one of the things that really sets Libera apart. I was also disappointed that the voices of the soloists were sometimes harder to pick out. It wasn't a bad mix, but I do think they could have done better. As accomplished as the instrumentalists are (and they are very good), it's the boys who are the rock stars here. They work hard and the timbre of their voices is excellent and worth hearing.

BK Lawson
5.0 out of 5 stars A New Album from Libera!
Reviewed in the United States on December 1, 2018
Verified Purchase
I ordered the album via MP3 download, and of course, it's in the Amazon library for anytime use. I didn't order the physical CD. You don't get any album art JPG's or data with the download package, but MP3 saves you about $7. Worth it. The download was surprisingly quick. Files were of a high quality bitrate. The only complaints were: if you're not familiar with Amazon's layout, it take a moment to figure out how to download your album, and a few of the MP3's had to be run through Audacity to boost the db level up to a maximum of 0 db. I know the volume slider in the player would solve this too, but I like the library items here to have relatively the same volume so that one album in the playlist doesn't suddenly blow me out of my chair like the old Memorex commercial!
As for the album's content, many of the songs are updates of such tracks as "Ave Maria", "Voca Me", etc. It's nice to have a fresh update, as the choir's membership shifts over the years as boys grow up. As far as I know, and I could be wrong, there isn't any originally composes content on this album. That doesn't detract from it, though. The music is still as ethereal and beautiful as the choir in its many incarnations has always been.

Albert L Limback
4.0 out of 5 stars Awesome CD
Reviewed in the United States on January 5, 2021
Verified Purchase
Libera boys done it again with this cd full of joy...Everything the Libera Boys do is so awesome...Their singing is so great.I listen to them after work to just calm me down...PLZ support Libera Boys Choir because they are donation base ..
Did you know that some of the boys never sing before until a teacher at school heard them and took them to Libera and after some lesson,real short time the boys are singing for people and going on tours and winner awards.Their CD are top of the chart in Japan and the USA and world. They tour mostly in Japan and the USA

Reed McGuire
5.0 out of 5 stars I love the angelic voices of Libera.
Reviewed in the United States on June 8, 2019
Verified Purchase
I have enjoyed listening to Libera since I first heard them on Public Radio several years ago. I am glad I added this wonderful CD to my collection of beautiful choir and choir-like music
Read more
Helpful
Report abuse

Troy D. Turner
5.0 out of 5 stars Beautiful music
Reviewed in the United States on December 22, 2018
Verified Purchase
Great for the holidays and for any time.
Read more
Helpful
Report abuse

Jon A. Hiatt
5.0 out of 5 stars Great music
Reviewed in the United States on February 16, 2019
Verified Purchase
Love it. Re worked some songs to make even better.
Read more
Helpful
Report abuse
See all reviews

Jeff Carter
5.0 out of 5 stars Another Superb LIBERA album
Reviewed in the United Kingdom on November 2, 2018
Verified Purchase
Yes, there are a number of recycled numbers on this album but do not let that put you off. Each one is a variation of its earlier version and the difference is noticeable with its freshness and typical Libera enthusiasm. ‘In Paradisium’ is a completely new piece, which has no resemblance to a similarly named piece from many years ago and is, for me, the jewel in the crown of this excellent CD. All in all, this is a superb album with all the quality you would expect from Libera and I would heartily recommend it to everyone. Having already purchased my copy, I shall, as usual, be buying several more for use as Christmas presents, which are always well received!
Read more
One person found this helpful
Report abuse

A Johnson
3.0 out of 5 stars Acceptable, but sadly forgettable and brings nothing new.
Reviewed in the United Kingdom on September 2, 2019
Verified Purchase
Unfortunately, after the masterpiece that was 'Hope' in 2017 this is a disappointment. Whilst the songs on this disc have been re-recorded with 2018's current roster I do not feel it adds anything new, especially not "Beneductus Deus" which featured on 'Hope' just 12 months prior.

Why reuse a song so soon when there are at least a dozen previous songs which have not been refreshed:

Sempiterna, Far Away, Vespera, Ave Verum... heck even Time or Sanctissima from 2010 would have been a better choice!

For that matter, why is Ave Maria on this album twice! I don't like it enough to listen to it more than once. I will say that the 'bouncy' rearrangement of Sanctus* caught me pleasantly by surprise.

Honestly, I probably won't listen to this one again and in my opinion only worth buying if you're a collector and must have all the albums regardless (like me). I'd recommend any of these albums if you do not already own a Libera album:

* Is this Sanctus 9 now? I've lost count! What's your favorite version of Sanctus? (asking for a friend)

Amazon Customer
5.0 out of 5 stars More great music
Reviewed in the United Kingdom on November 26, 2018
Verified Purchase
Love this choir and have all their CDs. Still not had chance to see them. Defo on my bucket list.
Not sure why this CD has not loaded to my Amazon music though.
Read more
Report abuse

Mauricio C Mancini
5.0 out of 5 stars Libera is a Magnificent Choir
Reviewed in the United Kingdom on April 8, 2019
Verified Purchase
I am a collector and have all Libera's CD's and DVD's. Beyond is the last one and, as usual, is a wonderful collection of Angel Voices singing soft and spiritual songs.
Read more
Report abuse
See all reviews