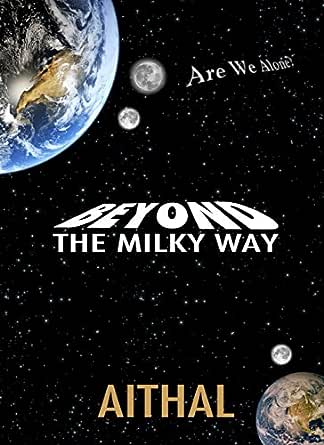 You've subscribed to The Galaxy Series! We will preorder your items within 24 hours of when they become available. When new books are released, we'll charge your default payment method for the lowest price available during the pre-order period.
Update your device or payment method, cancel individual pre-orders or your subscription at
Your Memberships & Subscriptions
There was an error. We were unable to process your subscription due to an error. Please refresh and try again. 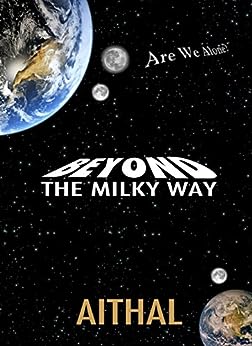 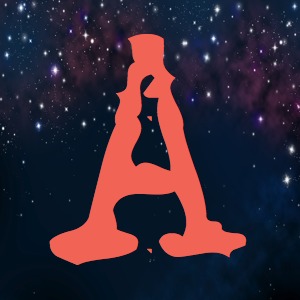 Beyond The Milky Way (The Galaxy Series Book 1) Kindle Edition 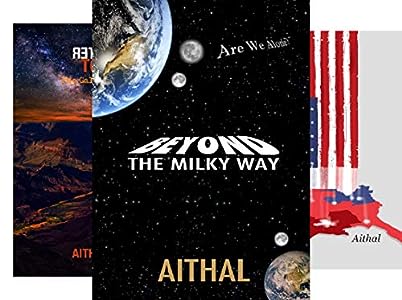 ***
An enthralling novel about a flight crew's journey down the rabbit hole and back. Thematically powerful. Sometimes too talky, but richly detailed and expertly plotted. The narrative moves slowly but delivers layer upon layer of revelation, unpeeled with limpid skill. Surprisingly absorbing and agreeable, given the stereotyped characters and general air of predictability, with unobtrusive yet well thought-out notions and a backdrop of genuine depth and consistency.
***
A cautionary planetary odyssey with a feel that's similar to stories from sci-fi's golden age. -Kirkus Reviews.
***
The Earth is dying, mankind has taken and taken and survival is almost impossible. Where else to turn than to neighboring planets? Three astronauts are sent on a mission to explore Mars for human viability, but from the start, the mission is in danger and NASA has lost contact. Where did the ship go? What of the brave souls aboard? They were the last hope for mankind to discover another planet to inhabitant in our galaxy, the Milky Way. Have we been too limited in our search? Beyond the Galaxy takes us to another galaxy where Earth has a twin, and its inhabitants are humanoid, far advanced and live in a world with no government.

2.7 out of 5 stars
2.7 out of 5
44 global ratings
How are ratings calculated?
To calculate the overall star rating and percentage breakdown by star, we don’t use a simple average. Instead, our system considers things like how recent a review is and if the reviewer bought the item on Amazon. It also analyzes reviews to verify trustworthiness.

Linda Tippit
4.0 out of 5 stars I enjoyed this story about 3 people on the space shuttle ...
Reviewed in the United States on August 14, 2017
Verified Purchase
I enjoyed this story about 3 people on the space shuttle being sucked into another galaxy. This story can keep you on the edge of your seat, but the plot is easy to follow. The author makes a lot of sociological, ecological, and ethical statements through this story. And all statements are applicable and pertinent to today. There were quite a few typos and misspelled words. There was one spot that words were missing. This made it a little difficult to read at times. I do recommend this to anyone that enjoys science fiction.
Read more
One person found this helpful
Helpful
Report abuse

Robert Rozell
3.0 out of 5 stars Interesting concept
Reviewed in the United States on May 25, 2018
Verified Purchase
There is a lesson here, some will not like it, some will. The plot is different, the characters are not really fleshed out enough for my taste. The author seemed to be covering too much too quickly.
The are possibilities with this universe.
Read more
2 people found this helpful
Helpful
Report abuse

PMSteve
2.0 out of 5 stars Amazing!
Reviewed in the United States on February 14, 2016
Verified Purchase
This is such an amazing story. It can only be described by a few select words.

The author, whomever he or she is, has demonstrated that s/he has absolutely no understanding of basic space travel.

The protagonists leave earth to travel to a planet several lightyears away in a space shuttle! Knowing that the proposed journey will take years, NASA puts three people in the space shuttle. Right. Amazingly, within an hour or so from launch, the shuttle travels through an unknown gateway to another galaxy to an earth-like planet wher the aliens all look like humans and speak english.

Before the shuttle leaves earth orbit, the pilot calls Houston for permission to leave orbit. The mission controller replies, 'okay, go ahead'. Later, when earth loses radio contact with the unnamed shuttle, everyone in mission control immediately assumes that the mission is a failure and effectively turns out the lights and goes home. This is reality at its best!

While the story concept is somewhat intriguing, the execution is a monumental failure. It's obvious that the author is only vaguely familiar with the english language as we know it in the West. Wording and sentence structure is almost unintelligible in many places throughout the book. Surprisingly, the spelling is mostly correct.

The author introduces many preachy liberal concepts on gun control, global warming, religion and war. These are presented, not through the story as part of the genesis of the tale, but as 'in your face' lectures that are, quite frankly, very off-putting. I found myself skipping through much of the book because of this.

I really wanted to like this story. The synopsis was very enticing and the first few reviews were positive. It was only later that I discovered that the reviewers were obviously friends and relatives of the author. Not that that's bad, but it's obviously biased.

The only really good thing is that the book was a free download from Amazon. Read at your own peril.
Read more
7 people found this helpful
Helpful
Report abuse

Super D
2.0 out of 5 stars Not Great
Reviewed in the United States on April 27, 2018
Verified Purchase
Would be a mediocre read if it weren't for all the biased liberal BS and junk science.
Read more
2 people found this helpful
Helpful
Report abuse

Kindle Customer
1.0 out of 5 stars Junk
Reviewed in the United States on March 31, 2018
Verified Purchase
Too expensive even free. Is a total liberal indoctrination for stupid people. Don't waste your time with this so called book.
Read more
3 people found this helpful
Helpful
Report abuse

Amazon Customer
1.0 out of 5 stars I stopped reading when the "shuttle" was the vehicle that was going to the imaginery planet that was farther than any jn ouur solar system. The author needs to do better research! The shuttle was never designed for deep space travel?
Reviewed in the United States on August 25, 2017
Verified Purchase
I stopped reading when it said the shuttle was going to deep space. Do your homework. It was not designed for deep space.
Read more
2 people found this helpful
Helpful
Report abuse

Scott Dickey
1.0 out of 5 stars Avoid this book
Reviewed in the United States on January 5, 2016
Verified Purchase
The world is running out of potable water. And what's cheaper than desalinization? Why, colonizing another planet, of course. This ridiculous premise starts a poorly written novel where every detail is explained in simplistic terms. "The man turned to his boss. His boss was behind him." I encountered such writing that I wanted to laugh, yet couldn't, since I had paid for the contents. Here are some quotes:

The lights on the dashboard turned red once again, more this time. The alarm started blaring again, louder and more persistent this time. The jolts didn't stop this time. [ed. yes, "this time" three times in a row] It continued to get stronger. It shook them violently. The dashboard in front of them started to vibrate, and the entire shuttle started to judder. Don could hear Kim's scream in his ear. The shuttled started spinning violently. It spun faster and faster. Don felt an immense pressure on his chest, as if the air around him was crushing him. He felt as if his ribs could not sustain the enormous pressure exerted on them. He tried desperately to hold on to the dashboard but was finding it very hard to get a good grip. His gloved hands kept slipping on the smooth surface. He was feeling dizzy. He had never experienced anything like this in his training. [ed. apparently experienced shuttle pilots have never encountered strong G-forces]

I want to keep quoting more and more, because it's all written like that - verging on parody, yet clearly intended to be serious, with odd phrasings that show the author uses a spell checker but isn't very intimate with the English language. The whole story is bungled from start to finish, and every paragraph brings another shake of the head.
Read more
6 people found this helpful
Helpful
Report abuse

Amazon Customer
1.0 out of 5 stars The science uneducated at best.
Reviewed in the United States on December 23, 2015
Verified Purchase
This novel reads as if it were written for children. The science uneducated at best.
Read more
2 people found this helpful
Helpful
Report abuse
See all reviews
Back to top
Get to Know Us
Make Money with Us
Amazon Payment Products
Let Us Help You
EnglishChoose a language for shopping. United StatesChoose a country/region for shopping.
© 1996-2021, Amazon.com, Inc. or its affiliates