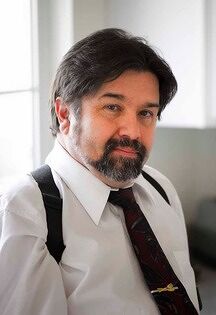 Beyond the Picket Fence: Life Beyond the Middle-Class Bubble Paperback – April 28, 2018

For some reason Amazon did this separately from the Kindle edition... which has all the wowie kazawowie reviews etc.

amazon.com/dp/B076KVC6C3
Tell the Publisher!
I'd like to read this book on Kindle

J. Forrest
5.0 out of 5 stars Alternate Title: Saving Middle Class White People From Doing Dumb Things
Reviewed in the United States on June 26, 2018
Verified Purchase
Give this to any one of your White middle class friends, it may save their life. I enjoyed this collection of essays and found much wisdom in them. I feel one of the most important ones was Honor Culture vs. Dignity Culture. This chapter alone is worth the price because many, many White people from middle class to rich have absolutely no clue about this. It is so important to watch your mouth and behavior when you are dealing with honor cultures. Many White people have been killed for being clueless about the distinct differences between cultures.

Basically, Honor Cultures are premised on the idea that your dignity, honor, respect, can be taken away from you by the actions of another. Therefore, if you insult someone from an Honor culture it is perfectly acceptable for them to hurt you, or even kill you to earn that honor back. It is quite the opposite in Dignity Cultures, where your honor, respect, dignity, are lost by your own actions, not the actions of another. Assaulting someone because they said something about your mother is a crime and punishable by jail time. Not so in Honor Cultures.

I want to point out something else that wasn't addressed directly in this book. Marc mentions in the Introduction about in the past people tore down fences and the problems we face today are a result of that. Many people in Honor Cultures feel that they were crapped on for centuries by people from Dignity Cultures. This "perceived" historical grievance is very powerful and has lead to intense hatred towards White people. Middle class and Upper Class White people need to learn this and remember this when dealing with people from Honor Cultures.

The only part of the book I disagreed with was Eric Plume's Live Free and Be Safe essay where he states on page 147: "middle class Americans lead lives governed by law and order. For one of us to end up in a situation where bloodshed will settle matters is so unlikely that preparing for it is a misapplication of effort."

Violence can happen anywhere and anyplace. Take road rage for example. You could be a nice middle class person commuting to work and some nutcase decides to target you and ram your car. The nutcase gets out and smashes your window. Is the training that you will use to defend yourself a misapplication of effort? There is no peaceful solution out of a situation like this. If you don't plan for contingencies you will not be able to save yourself in an emergency like this.
All and all a very good book and I highly recommend.
Read more
3 people found this helpful
Helpful
Report abuse

Barbara Ling
5.0 out of 5 stars Gold. Simply gold.
Reviewed in the United States on June 8, 2018
Verified Purchase
What an incredible read.

I've been following Marc MacYoung now for just about a decade or so. He has shared insights over years regarding de-escalation, common sense and how not to attract trouble; he has a knack of taking the most complicated smoke-And-Mirrors earnest beliefs that various FlavorOfTheMonth political parties try to beat you over the head with, and simplifying it down so you respond, "Dang! So *that's* what they're trying to sell???"

In this book, Beyond the Picket Fence, Marc's colleagues also share their best advice and wisdom... and the knowledge gained here resulted in the admittedly brief title of this review:

Topics range from honor cultures to creeper boundaries to recognizing when to GTFO *now* to the Jersey Mob to the Circus Feudalism to de-escalation to being a Badger among Kittens and beyond (and not to fear - if you cannot imagine that *beyond*, open the book to page 1 and I guarantee you... you'll find yourself compelled to read more and more and more and more and more).

Not to mention more.

This is the kind of book you want to send to your kids (especially those kids who will be traveling or leaving their home town and the like, or kids who believe actions should have no consequences, based upon *who* is doing them).

Pinky
5.0 out of 5 stars Articluates what many have know, teaches those who were formally unaware
Reviewed in the United States on February 25, 2019
This is a great book. I plan to give this book to those people I care about. The power of Marc is how he teaches you to articulate; CYA now becomes Can You Articulate.

Even for a knowledgeable person you will find some gems in this book.

Joy
5.0 out of 5 stars Could save your life
Reviewed in the United States on June 30, 2019
A very helpful and clear explanation of different cultures and how assumptions and actions that are safe in 1 can get you killed in a different 1. It could truly save your life when you are interacting with someone of a different culture(even close to home).
Read more
Helpful
Report abuse

John A. Curley
5.0 out of 5 stars Exceptional
Reviewed in the United States on April 29, 2018
Marc MacYoung's books are an investment. They may actually keep you alive. An especially good idea if you have a child going away to school, make them read this before they go, then test them on it.
Read more
One person found this helpful
Helpful
Report abuse
See all reviews
Back to top
Get to Know Us
Make Money with Us
Amazon Payment Products
Let Us Help You
EnglishChoose a language for shopping. United StatesChoose a country/region for shopping.
© 1996-2021, Amazon.com, Inc. or its affiliates