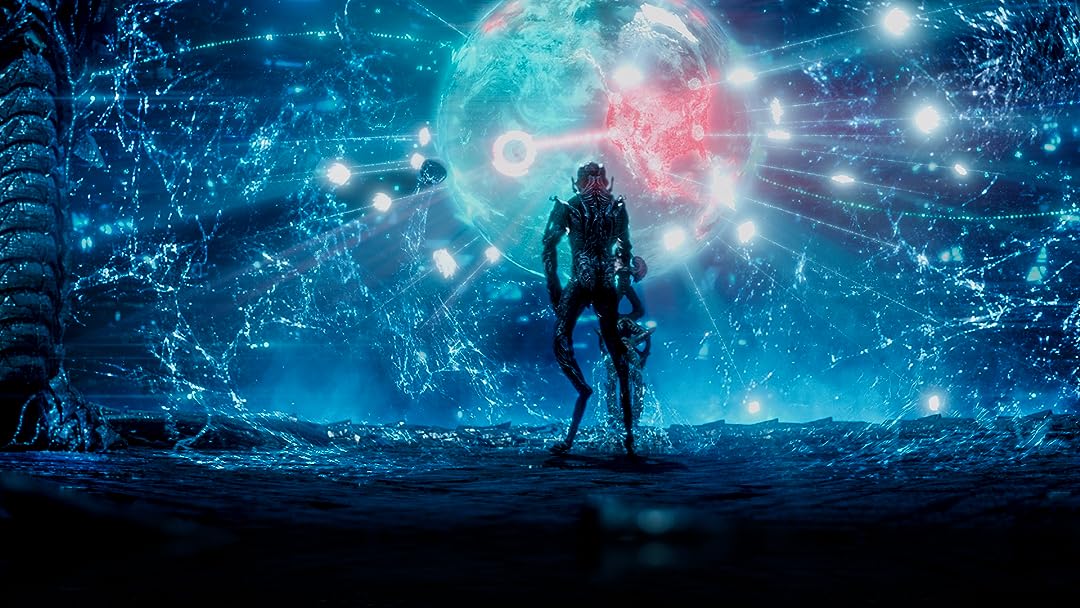 (2,914)
5.31 h 46 min2017R
When the population of Los Angeles is sucked off the face of the earth, Detective Mark Corley (Frank Grillo) storms his way onto an alien ship to rescue his estranged son. After the ship crashes in Southeast Asia, Mark must forge an alliance with a band of survivors to discover the key to saving his son and taking back the planet once and for all.

MaxReviewed in the United States on January 28, 2018
4.0 out of 5 stars
Good follow up of Skyline. Entertaining.
Verified purchase
You need to watch the prequel "Skyline" before watching this or you will not understand many aspects about it. Regardless, it is a good sci-fi movie about an alien invasion. I think the bad reviews these two movies have received comes from hypercritical viewers. I liked both and would suggest giving them a view.
37 people found this helpful

Force10JohnCReviewed in the United States on May 10, 2018
3.0 out of 5 stars
OK If You Watched The First One
Verified purchase
This was an OK follow-up but not as good as the original "Skyline" in my very humble opinion. While the basis of the story was the same, the perspective was completely different. Many questions from the original movie were answered providing some closure.

There was no continuity from the first movie as far as the actors or main characters. Though there is some character overlap, the emphasis is on the new characters. One might think that means you could watch and completely understand this movie on it's own without having watched the original "Skyline". However, that would only be possible if you otherwise knew the ending of the first movie without watching it.

The good news is that if you did watch the original "Skyline", unanswered questions left hanging at the end of the movie are answered. Particularly who/what is driving the aliens, how does some of their technology work, and what happened to some of the key characters after the end of the first movie.

Overall I did think it was worth watching since I saw and like the first movie. The new perspective on the original story was good but I felt it fell short in it's execution. In particular I thought the finale at the end was a bit overdone as the hand-to-hand combat scenes seemed over-the-top to me.

Rob RoblesReviewed in the United States on March 2, 2018
4.0 out of 5 stars
Check it out
Verified purchase
Really good story that was in line with the original. Grillo, Novakovic, Uwais, and Ruhian were all great with their characters. I do like how the characters from the original (played by different actors) showed up and interacted with the new characters. I only wished they were played by the same actors.
However, the action was pretty badass. The fighting was on par and it worked out well. A few of the CG was a little off due to the green screen but the alien effects and their spaceships were really good. I enjoyed the movie for what it was and a good continuation from the original.
15 people found this helpful

NinjaNutjobReviewed in the United States on January 21, 2018
3.0 out of 5 stars
Cliche, Predictable, Rental & somewhat enjoyable. Nothing More.
Verified purchase
This takes place at the END of the original Skyline and had some odd changes to 2 of the original characters from the first that made it into the plot of the second. Its been so long they recast the original 2 characters, the guy and his girlfriend. No big deal there. However the Guy after becoming a giant Alien Monster in the first movie, somehow is a normal sized alien humanoid that can jump into the larger ones as if they were Mech Suits, so the "Climatic" ending of the first movie is basically cancelled out with the start of this movie. Now there is a lot of cliche scripting for dialogue and scene scripting its was cringing in the first 30 minutes of the movie. They literally copied scenes & characters from quite of a few popular movies & shows that it was laughably WTF... They also made a lot of gag references towards the first film. The movie was quite predictable and left an open ending for another sequel.
6 people found this helpful

Kris NTReviewed in the United States on January 25, 2018
3.0 out of 5 stars
B level entertainment, but worth the price to rent, relatively interesting
Verified purchase
This movie will not win any Oscars, but it was surprisingly entertaining. The cast is B- caliber at best, but the storyline and CGI was better than I thought, and for the price (especially compared to movie theatre prices) was right. I recommend this movie for action and sci-fi lovers who just want something to pass the time on a weeknight.

Are some of the lines cheesy and cliche? Yes. But do you get to see some interesting and sometimes crazy sh*t? Yes. Just rent it, you won't be disappointed if you have mild expectations. The lead role is the same guy who took the lead in the "Purge" movie where the guy was running around town killing purgers :)
9 people found this helpful

S. HuntingtonReviewed in the United States on November 8, 2021
5.0 out of 5 stars
This is a great sequel to the first movie!
Verified purchase
I really liked this product . It makes a great addition to anyone collection of DVD,S who has the first movie in their collection. It makes a great sequel ti the first one. And would make a nice gift for someone who wants to know what happened next after the ending of first movie. It's worth the money. I have no complaints and would purchase from this company again! Delivery was quick and the DVD was nicely protected during shipment!
One person found this helpful

MelanieReviewed in the United States on November 3, 2018
3.0 out of 5 stars
It was OK
Verified purchase
I like sci-fi so I watched it. But it was mediocre at best because of the actors/acting. And I guess because of the mediocre effects. The storyline was decent, kinda. Eh, I dunno. The more I think about it, the more "on the fence" I get. The 2 lovebirds were cheesy, but at the end they actually started to seem OK, until the scene when they were ready to leave the planet but didn't hit the button in the face of immanent danger because they were caught up in some "I'm not going without you, but I'll be killed because I'm a bot" argument. Geeze just go already. I wouldn't recommend this movie unless you just love to watch sci-fi flicks with confused AI bots.
2 people found this helpful

Sterling ManningReviewed in the United States on January 2, 2021
4.0 out of 5 stars
Holy crap this is crazy
Verified purchase
This is the best live-action direct-to-video film I've ever seen, which is a low bar to clear but still. I'm a simple kid when it comes to this kind of schlock. Give me copious amounts of violence, ridiculous anime plot twists, and a John Carpenter-lite cast of misfits trapped in an unwinnable situation, and that's pretty much all I need to enjoy myself. The effects are really cool and it makes no sense because this thing is obviously a cheapo in every other area.

Not saying this is like "good" or anything, but damn this movie is good. There's a blooper reel! What kind of non-comedy ends in a blooper reel and gets away with it? Beyond Skyline does.
See all reviews
Back to top
Get to Know Us
Make Money with Us
Amazon Payment Products
Let Us Help You
EnglishChoose a language for shopping. United StatesChoose a country/region for shopping.
© 1996-2022, Amazon.com, Inc. or its affiliates