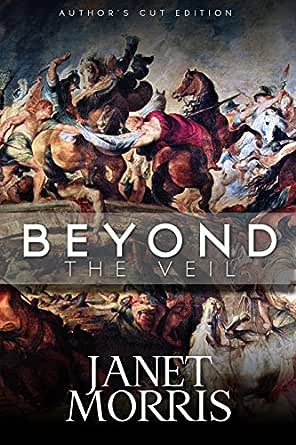 You've subscribed to Sacred Band Series! We will preorder your items within 24 hours of when they become available. When new books are released, we'll charge your default payment method for the lowest price available during the pre-order period.
Update your device or payment method, cancel individual pre-orders or your subscription at
Your Memberships & Subscriptions
There was an error. We were unable to process your subscription due to an error. Please refresh and try again. 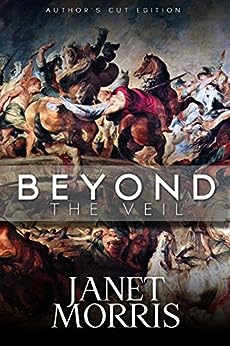 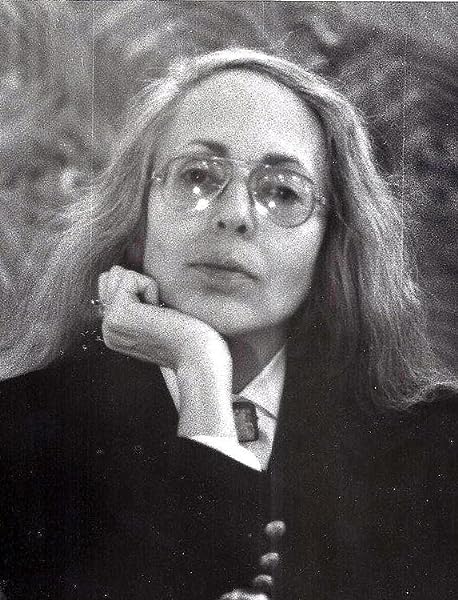 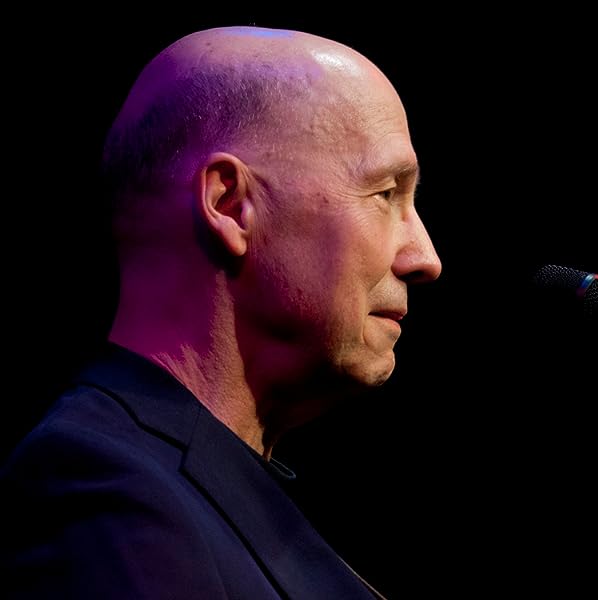 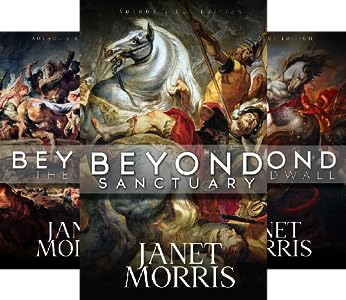 [...]
.
"A fantasy series about the Sacred Band of Stepsons, an elite army modeled on the fourth-century B.C.E. Sacred Band of Thebes. The stories explore the fraught personal relationships of mixed hetero- and homosexual troops, only sometimes paired, as they fight for their commander, the immortal Tempus. Morris includes archaeological and historical details, from physical items to social practices, religion, and philosophy, to create a fantasy world that is, in many ways, more historically accurate than many popular accounts of antiquity." -- Robert W. Cape, Jr, in Classical Traditions in Science Fiction, Brett M. Rogers & Benjamin Eldon Stevens, eds.,  Oxford University Press
.
"Caught Between Rebels and the Empire's Blackest Magic: Beyond the Veil: The Revised and Expanded Author's Cut by Janet Morris  "[...] for all the glory of its flesh and blood characters, the beauty of  prose, the literary depth and textures and levels of this classic, there is no shortage of inhumans, once-humans, half-humans, magic-working,  mortals fighting in the streets, mage war, embattled gods, fire-spitting demons, shape-shifters, and a rousing night raid that reaches a  powerful crescendo." - Joe Bonadonna for World Fantasy Award winning  Black Gate Magazine.

Tempus is a hero with a curse: any he loves will spurn him, and any who love him soon die of it. His curse grants him immortality, the gift of healing, and great prowess on the battlefield, but denies him sleep and love -- a curse so dreadful that even the southern storm god he once served has turned against him. But god or no god, Tempus and his Stepsons, with help from his sorcerer-slaying sister, Cime, and Jihan the Froth Daughter, must face Datan, the archmage of Black Nisibis, and  Roxane, the Death's Queen, along with their unholy followers in a battle for civilization and Tempus' soul.
War is coming to Tyse, an occupied town at the foot of Wizardwall that hosts refugees, insurgents, murderers, thieves, and wizards whose allegiance shifts with the wind. Arriving here is the Sacred Band commanded by Tempus, called the favorite of the storm god, the Riddler, Tempus  the Black, and worse by his enemies. Tempus longs to align his cavalry with the Nisibisi freemen on Wizardwall's slopes, fighting to regain their homeland against the allied sorcerers of Black Nisibis and the evil Mygdonian empire, intent on conquering all who stand in their way.
Here is the newly revised Author's Cut edition of BEYOND THE VEIL, the third full-length novel to take you BEYOND the notorious Thieves World fantasy universe, where gods still stalk the land, warring with demons and human sorcerers and trampling unfortunate humanity underfoot. BEYOND THE VEIL follows BEYOND SANCTUARY and precedes BEYOND WIZARDWALL in Janet Morris's legendary Sacred Band series.
--This text refers to the paperback edition.

About the Author:
Janet Morris is a bestselling novelist also well-known as the creator of the Sacred Band book series, now nine novels in length. Her previous works include the Silistra Quartet,  the Kerrion Empire (in three books), and her masterpiece, I, the Sun, a biographical novel of the ancient Hittite Empire's greatest king, Suppiluliumas.
Read more

4.8 out of 5 stars
4.8 out of 5
43 global ratings
How are ratings calculated?
To calculate the overall star rating and percentage breakdown by star, we don’t use a simple average. Instead, our system considers things like how recent a review is and if the reviewer bought the item on Amazon. It also analyzes reviews to verify trustworthiness.
Top reviews

Amazon Customer
5.0 out of 5 stars Great Fantasy Series!
Reviewed in the United States on October 11, 2016
Verified Purchase
The world Morris has created in this series of novels is incredible. The characters all have some degree of mystical or magical powers. It's a world in which gods cohabit with human and give or take power on a whim. I was impressed with the way the author was able to weave together this fantasy world and make it so believable. I particularly liked the role of Tempus and his relationship with the Stepsons, especially with Crit. Although even Crit is guilty of the betrayal and lack of loyalty that proliferate this world where there's a constant fight for power and supremacy, as the Tysian locals, Rankan soldiers and Mygdonian refugees, all vie for power and control. Into this mix, throw in the anger and hatred between the gods, and you have a book so full of excitement that it's almost alive. As a case, when the god, Stormbringer, confronts Tempus while he is riding on account of his rage because his daughter, Jihan, is married to Tempus. Tempus maintained his cool as he challenged him in the following:
“Scare my horse, will you, inhuman lord of turbulence? I’ve cast off godly love for affront to my mount before. Begone, if You’ve no purpose here. I’ve no time to—“
And Stormbring responded: “Silence! Mortal toad. Spawn of dirt and blood. Have you not said the soul is water and from water comes the soul? You know your danger!”
Tempus came right back at him: “So You think to affright me? Am I not plagued with Your daughter? Is it not enough to torture me, that You must threaten me into the bargain? I’ve called it quits with gods and their untimely aid and comfort. Get Thee back to Thine unearthly home!”
Stormbringer will not be denied: “My daughter, mortal-lover, is with you. More, she craves to stay with you, at any cost. Her power and her heritage she petitions to forfeit, to be a wife to you and spread her legs for you and bear a child to you when, but for you, she would be the honored consort of the entelechy of dreams! I hold you responsible for this! Dissuade her, affected demigod, or the sufferings of your wasted youth will be nothing to the torture of your endless old age! Be warned!”
I can go on and on. This is excellent stuff. The work of a brilliant storyteller, with compelling plot, and masterful dialogue – battles, politics, wars, romance, it has it all. Great series!
Read more
5 people found this helpful
Helpful
Comment Report abuse

Mr. A Weston
5.0 out of 5 stars Another thrilling romp
Reviewed in the United States on March 22, 2014
Verified Purchase
Once again, I was delighted to read a tale that had depth, breadth, murder, intrigue and double-crosses left right and centre.
But what to say without giving too much away?
Someone is trying to send Tempus secret messages, vital to the stability of the region. However, 'someone else' is equally as determined to make sure those messages never get through. But who?
The only person who may hold a key to what is happening is a victim of murder, so the Stepsons are forced to turn to their Hazard Mage, Randal, for help. What he learns sets in motion a series of events that indirectly leads to alliances neither Tempus - or his beloved men really want. Treachery abounds. But who among the Tysian locals, Rankan soldiers, and Mygdonian refugees and defectors can be trusted?
And what happens when Tempus realizes just how effective fighting fire with fire - or in this case - magic with magic - can actually be? Will the Stepsons be happy?
Janet creates a fantastic world with characters you can readily relate to, (and those you just want to strangle - Roxanne!), and blends them into a most entertaining story.
Sorry if this review doesn't give much of the plot away. I never do that. However, what I can say, is you won't be disappointed. If you enjoy great fantasy stories with great plots, I can guarantee you'll love this series.
I've already brought the following 2 books - Beyond Wizardwall and The Sacred Band, and can't wait to get into them.
Read more
12 people found this helpful
Helpful
Comment Report abuse

David Idrogo
5.0 out of 5 stars Lovin' it!
Reviewed in the United States on January 24, 2014
Verified Purchase
Just when you start to feel sorry for Roxanne, she goes and messes it up. Nice insight into the main characters!!
Read more
3 people found this helpful
Helpful
Comment Report abuse

Convoke
5.0 out of 5 stars Beyond the Veil with the Sacred Band of Stepsons
Reviewed in the United States on April 14, 2010
Verified Purchase
Free of Sanctuary, the Sacred Band of Stepsons rides into Tyse, below Wizardwall, and learns first hand to be careful what you wish for. In a darker, war-torn town full of preternatural forces, rival military contingents, power struggles and legendary sorcerers, Tempus and the Sacred Band of Stepsons fight to keep Nisibis free. Never have the loyalties of the Band to one another and to their commander been so sorely tested. Lives and loves are on the line for the Band in this second 'Beyond' novel. New characters spice the mix of myth, war-fighting, romance and philosophy that mark the Janet Morris Stepson books. Be warned: the Sacred Band pairs are loyal only to one another and their commander; the ending may surprise you, but as always, this ancient cavalry squadron gave me a great ride.
Read more
2 people found this helpful
Helpful
Comment Report abuse
See all reviews

ABmonkey
5.0 out of 5 stars A rollercoaster ride
Reviewed in the United Kingdom on January 27, 2014
Verified Purchase
Strife follows the Riddler and that is especially true here. With dissention among his Stepsons, traitors in the camp, silence from his god and civil war brewing this is a rollercoaster ride of emotion, mayhem and, of course, exceptional fantasy.

Some new characters are introduced, namely Kama, a feisty female warrior who is not all she seems. Better still there is a lot of character development here, particularly for Niko and Randall; at times heartbreaking and at times enlightening the story draws the reader in from the beginning. This is the middle book of the trilogy so it does help to have read the previous one, however the characters are so rich and the world so well-crafted it is not essential.
Read more
2 people found this helpful
Report abuse
See all reviews