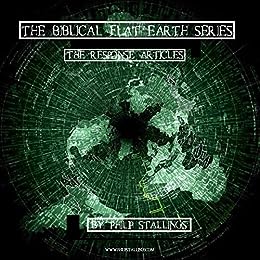 by Philip Stallings (Author), William Bell (Foreword) Format: Kindle Edition
See all formats and editions
Sorry, there was a problem loading this page. Try again.
Read more Read less
Previous page
Next page
Due to its large file size, this book may take longer to download

Bob Dusting
1.0 out of 5 stars Child molester
Reviewed in the United States on June 21, 2019
A fundamentalist Christian man who is the self-proclaimed founder of the “Biblical Flat Earth Society” was arrested this week and charged with 56 counts of child sexual exploitation.

Heldenbaer1
4.0 out of 5 stars How can we review a book if the Man himself is silenced by the Pharisees?
Reviewed in the United States on October 30, 2020
Yes, we know that Mr. Stallings is a troubled man. So are many of us. He's admitted his sins. HAVE YOU? Somehow, I think that Amazon's pretend 'outrage' over this book, is due, not to their moral stance, but to the FEAR that maybe this FE paradigm has more going for it, than most realize. Why not make this book available to purchase, and let FREE MEN make up their OWN minds about this? The Pharisees who are JUST AS SINFUL as Mr. Stallings, would pretend that they are righteous, but as Christ said to those of His day, "Jesus said, "If you were blind, you would not be guilty of sin; but now that you claim you can see, your guilt remains." [ John 9:41] Even Paul (who was complicit in killing Christians, and may even have been active in murder) was forgiven... Just sayin'
Read more
One person found this helpful
Helpful
Report abuse

Dancop
1.0 out of 5 stars This man is a pedophile.
Reviewed in the United States on June 28, 2019
A fundamentalist Christian man who is the self-proclaimed founder of the “Biblical Flat Earth Society” was arrested this week and charged with 56 counts of child sexual exploitation.

T Lucas
1.0 out of 5 stars Bad guy
Reviewed in the United States on June 2, 2020
Molester
Read more
One person found this helpful
Helpful
Report abuse
See all reviews
Back to top
Get to Know Us
Make Money with Us
Amazon Payment Products
Let Us Help You
EnglishChoose a language for shopping. United StatesChoose a country/region for shopping.
© 1996-2021, Amazon.com, Inc. or its affiliates