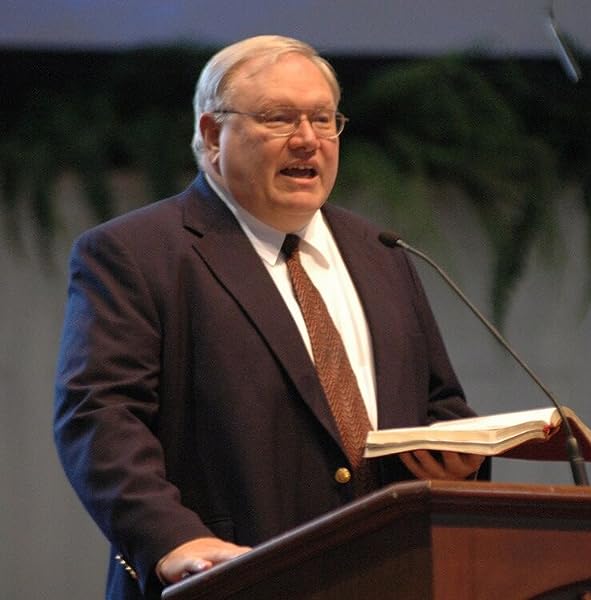 by Bruce Corley (Author)
4.8 out of 5 stars 41 ratings
See all formats and editions
Sorry, there was a problem loading this page. Try again.

Biblical Hermeneutics is a textbook for introductory courses in hermeneutics. It takes an interdisciplinary approach that is both balanced and practical with six major areas of focus: the history of biblical interpretation, philosophical presuppositions, biblical genre, the uniqueness of Scripture, the practice of exegesis, and use of exegetical insights that will be lived and communicated in preaching and teaching.

Biblical Hermeneutics is designed for students who have little or no knowledge of biblical interpretation. It provides, in one volume, resources for gaining a working knowledge of the multi-faceted nature of biblical interpretation and for supporting the practice of exegesis on the part of the student. The first chapter "A Student's Primer for Exegesis" by Bruce Corley gives the student a bird's eye view of the entire process. It becomes for the student a kind of template to which they will return again and again as they engage in the process of exegesis.

This revised edition of Biblical Hermeneutics contains seven new chapter that deal with the major literary genre of Scripture: law, narrative, poetry, wisdom, prophecy, Gospels and Acts, epistles, and apocalyptic. The unique nature of Scripture is presented in part three that addresses the authority, inspiration, and language of Scripture. The book contains two extensive appendices, "A Student's Glossary for Biblical Studies" and an updated and expanded version of "A Student's Guide to Reference Books and Biblical Commentaries.

MG Mktg
5.0 out of 5 stars Very Good Textbook
Reviewed in the United States 🇺🇸 on August 17, 2020
Verified Purchase
I would recommend this book to anyone starting out to learn to study the bible. However, I would also offer one cautionary statement. The book contains some explanations which could lead to confusion on the part of the ungrounded reader in the area of inspiration. I don't wish to take away from the book in any way, but readers should be sure the are firmly grounded before undertaking any such study. I would offer the same caution regarding any book or commentary related to biblical studies.
Read more
Helpful
Report abuse

Mark Baker
VINE VOICE
3.0 out of 5 stars Helpful reference tool
Reviewed in the United States 🇺🇸 on November 24, 2009
Verified Purchase
Don't take the subtitle lightly: this book is certainly a comprehensive introduction to interpreting scripture. It is very thorough, covering topics from textual criticism, genre of scripture and going from interpretation to application. It is an anthology with close to 30 contributors which means the strength of this volume is going to be its diversity and its depth and breadth of the topics covered. Its one fall-back is that there is quite a bit of overlap between chapters, so if you are trying to read it straight through, get ready to wade through a lot of material and see a lot of overlap. However, If you are looking for a good reference tool on hermeneutics, this is a very helpful volume.
Read more
14 people found this helpful
Helpful
Report abuse

Jimmy R. Reagan
5.0 out of 5 stars Helpful!
Reviewed in the United States 🇺🇸 on April 1, 2017
This volume on biblical hermeneutics, edited by Bruce Corley, Steve Lemke, and Grant Lovejoy, is offered up as a comprehensive introduction to interpreting Scripture. Its approach is different than many such volumes in that each chapter is written by scholarly expert in that field. Usually, one or only a few contribute to such a book. The book is divided into five parts presented in the logical order of how to study the Bible, biblical hermeneutics in history, the authority, inspiration, and language of Scripture, the genres of Scripture, and going from exegesis to proclamation. The book is aimed at students and ministers and has been widely used as a textbook.

The book begins with a fine primer for exegesis to help those with little background and to define the keywords any student will need to know in the subject. As with each chapter, the contributor provides a bibliography for further study. Chapter 2 explains the grammatical – historical method and puts this book on a firm conservative foundation. From there, inductive Bible study methods are explained.

The next section covers biblical hermeneutics in history in eight chapters. While that might be more history than some would want, it covers all the bases and is well done. Part 3 brings in the often-forgotten subject of the authority and inspiration of Scripture and introduces us to textual criticism.

One of the best sections of this book is part 4 where the genres of Scripture are discussed in seven chapters. To my mind, this is where the student most often needs help and they’ve gone out of their way in this book to provide it. Biblical hermeneutics that doesn’t go on to preaching is rather pointless, so the final five chapters teach us how to take the hermeneutic process and translate it into biblical preaching.

This book is a solid effort. I prefer it as a secondary resource as it complements well with other volumes that might have gaps. This volume is well worth securing.

I received this book free from the publisher. I was not required to write a positive review. The opinions I have expressed are my own. I am disclosing this in accordance with the Federal Trade Commission’s 16 CFR, Part 255.
Read more
3 people found this helpful
Helpful
Report abuse

Ms.Lady
3.0 out of 5 stars Had to purchase it
Reviewed in the United States 🇺🇸 on September 15, 2012
Verified Purchase
This item was shipped on time and was in wonderful condition. I had to purchase it for school and it is NOT the most interesting book I have on my shelf.
Read more
Helpful
Report abuse

Seth McBee
3.0 out of 5 stars Great info...very tough read
Reviewed in the United States 🇺🇸 on April 26, 2006
This book has a lot of amazing information inside but very hard to get through...very technical. I am going to use it for a reference book when I need a reminder on issues regarding biblical interpretation but if you are a beginner, do not pick this book up before you pick up "Living By the Book" by Howard and William Hendrickson. I would read that book first as it is comprehensive as well, but a much easier first edition to a library than this book.

That said, don't skip out on this book as it will give you a lot of very good insight on how to correctly interpret the word of God.
Read more
18 people found this helpful
Helpful
Report abuse
See all reviews

Wishwon
4.0 out of 5 stars Good Book if Used Properly
Reviewed in Canada 🇨🇦 on April 9, 2016
Verified Purchase
This was a very solid book. It is a multi-author book, and as such I expected not to agree with everything written in here. My expectations were fulfilled. I had to read this book for one of my seminary classes and I think it gave me a decent survey of the hermenutical field. Since I approached this as doing a survey, I didn't have much issues with some of, what I perceive to be, errors. This is a book written by Baptists and for Baptists, yet I didn't think that was too much of a problem. The book is a little bit dated but I can hardly fault the book for that. Reading another recent survey of hermenutics, I didn't see major differences. Maybe the field of heremutics is somewhat stagnant. Anyway, the chapters covered a specific subject matter. None of the chapters were deep, but the book as a whole was wide in scope. One of my favorite aspects of this book is that if you want to dig deeper in a specific subject, each author gave a handful of recommendations of books to go further. I would recommend this book to someone who wants to get their feet wet in this field of study, just do so with discernment and think critically.
Read more
Report abuse