You've subscribed to Manor House Mystery! We will preorder your items within 24 hours of when they become available. When new books are released, we'll charge your default payment method for the lowest price available during the pre-order period.
Update your device or payment method, cancel individual pre-orders or your subscription at
Your Memberships & Subscriptions
There was an error. We were unable to process your subscription due to an error. Please refresh and try again. 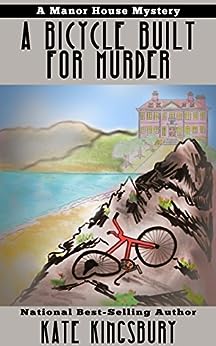 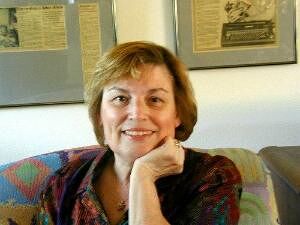 Audible Holiday Deal
Save 46% on your first 4 months. Get this deal
Books In This Series (9 Books)
Complete Series
Manor House Mystery
Kindle Edition
Page 1 of 1Start OverPage 1 of 1
Previous page
Next page

Kate grew up in London, England, and at a very early age began telling stories to her school friends while huddling in bomb shelters during the Blitz of WW II. She moved to the U.S. in 1963 and published her first book in 1987. Since then she's written over sixty romance and mystery novels. She now lives in Oregon with her husband, Bill and Bella, a feisty chihuahua mix. Her "upstairs/downstairs" mysteries appeal to fans of Downton Abbey. The Pennyfoot Hotel Mysteries are set in Edwardian England, while the Manor House series takes place in an English village during WW II. Her new contemporary series, The Misty Bay Mysteries, features an English tearoom on the Oregon coast. The first book in the series, In Hot Water, will debut on October 12th, 2021. You can find Kate's website at www.katekingsbury.net

4.1 out of 5 stars
4.1 out of 5
129 global ratings
How are ratings calculated?
To calculate the overall star rating and percentage breakdown by star, we don’t use a simple average. Instead, our system considers things like how recent a review is and if the reviewer bought the item on Amazon. It also analyzes reviews to verify trustworthiness.
Top reviews

SAF48
5.0 out of 5 stars Enjoyable mystery set during WWII English countryside
Reviewed in the United States on July 15, 2021
Verified Purchase
An enjoyable mystery set in the English countryside during WWII and a traditional cozy as well. Set in and around a manor house, Lady Elizabeth sets out to solve the murder of a young girl from the village. Add the newly arrived American soldiers and she has many suspects.
Read more
Helpful
Report abuse

Leapin' Literary Lurkers
2.0 out of 5 stars Tidy in some ways...but also a tad tedious.
Reviewed in the United States on March 7, 2015
Verified Purchase
I am torn about rating this book. I love British murder mysteries and thought it was all right but definitely lightweight. The characters were surprisingly undeveloped and more relevantly--unbelievable and often truly unlikeable. The senile butler, sniping maid and unpleasant cook about did me in.

I found the belabored references to the gentry and Yanks overdone and tedious. Why Lady Elizabeth was even involved---not to mention "qualified" to assist in solving the murder was far fetched, but amateur sleuthing seems to be a theme in a lot of books.

The only reason I added a second star was the refreshing lack of typos ("thatat"was the sole one I saw).
Read more
3 people found this helpful
Helpful
Report abuse

Kindle Customer
4.0 out of 5 stars An Enjoyable Read
Reviewed in the United States on March 8, 2015
Verified Purchase
While the Lady of the Manor doesn't share the same social class with Miss Marple, she is a worthy heir to Agatha Christie's famous amateur sleuth. I loved the mixture of mystery and humor, set against the backdrop of American servicemen stationed near an English village in World War Two. I don't know if the villagers were as leery of the Yanks as the author portrayed them to be, but it made for some memorable scenes.
Read more
Helpful
Report abuse

CHET C.
3.0 out of 5 stars By the Sea...By the Sea...murder in the night!
Reviewed in the United States on March 6, 2018
Verified Purchase
This is my first book by this author and I think I need more books to get a feel about the author's style. The ending was excellent and I liked the way the murder was solved.
Read more
Helpful
Report abuse

Kindle Customer
3.0 out of 5 stars Quite calm.
Reviewed in the United States on July 2, 2015
Verified Purchase
A nicely written mystery. The story takes place in England during WWII. One of the most interesting parts of the story and in other books I have read that took place during the war are the provisions the people in the countryside put in place. Some of it even seems a little silly but they were dead serious about being ready to fight off the Germans should any of them come ashore. This was a very light mystery but some of the characters were great.
Read more
One person found this helpful
Helpful
Report abuse

Walt J 336
4.0 out of 5 stars Clean mystery
Reviewed in the United States on March 27, 2015
Verified Purchase
An interesting story with a bit of humor tossed in. The best feature, from my viewpoint, was that the amount of violence, sex and profanity was miniscule compared to what is so prevalent in books today. An enjoyable read, but not compelling, which is why it didn't get 5 stars. To me a 5 star book is one I don't want to put down until I finish it.
Read more
2 people found this helpful
Helpful
Report abuse

NanKath
5.0 out of 5 stars Great first book in a great series. Takes you back to the era of great sacrifices and simpler times. The characters take on a life of their own and become more interesting further into the series.
Reviewed in the United States on May 1, 2018
Verified Purchase
Read the series in order for the character and plot development. The author knows how to suck you into her series. Enjoy.
Read more
One person found this helpful
Helpful
Report abuse

diane n.
3.0 out of 5 stars A bicycle built for murder
Reviewed in the United States on July 31, 2016
Verified Purchase
I enjoyed reading this clever mystery novel. I look forward to reading more of her work. I would like to have experienced more interaction between Elisabeth and the Major.
Read more
Helpful
Report abuse
See all reviews

Lynnll
5.0 out of 5 stars A very well written period mystery set in England with well written village characters. Highly recommended.
Reviewed in the United Kingdom on May 24, 2015
Verified Purchase
Good old fashioned village mystery, excellently evoking the time period. A very good read and I will be reading more in this series.
Read more
One person found this helpful
Report abuse

Susan Driscoll
4.0 out of 5 stars Four Stars
Reviewed in the United Kingdom on October 6, 2014
Verified Purchase
I enjoyed this very much, light reading and a good story.
Read more
Report abuse
See all reviews