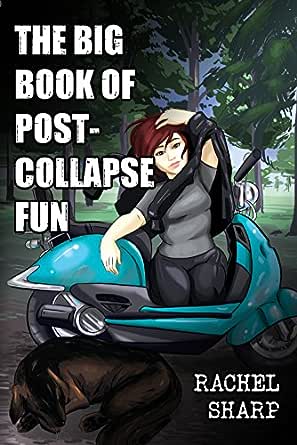 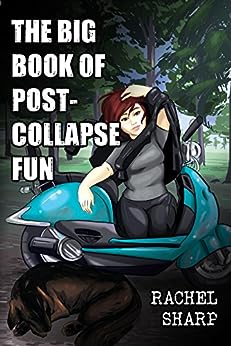 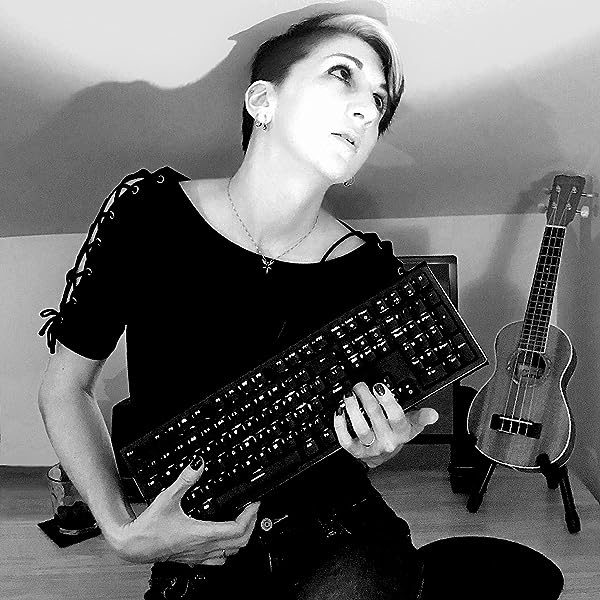 "Mab is a delightfully sarcastic, introspective protagonist. TBBOPCF draws you right in."
-See Jenny Read --This text refers to the paperback edition.

After a decade of touring the country, Rachel Sharp now lives in Vermont with several plants and her questionable sense of humor.

Attime of writing, she is working on entirely too many projects. Theprevious statement will be true regardless of time of reading.

She also lives with chronic illness, plays ukulele, and tries to save the planet. --This text refers to the paperback edition.

seejennyread
5.0 out of 5 stars We are all a little Mab.
Reviewed in the United States on February 1, 2016
Verified Purchase
Let’s face it, my darling smooshy-faces, we will not all be Carols or Roberta Warrens when the Apocalypse unfolds.

Some (many) of us will be Mabs.

Mab is a delightfully sarcastic, introspective protagonist. TBBOPCF draws you right in with Mabs snarky, self deprecating narration of the dystopian events occurring around her.
I enjoyed the consistent pace of the story line. At times I was chuckling at the absurdity of the situations Mab finds herself in. However, really, when time is everything and nothing, why not free the inmates of a pet shop?
The evolution of Mabs was fascinating to me. At start of the novel, Mab is out of sorts, both mentally and physically. As the seriousness of her situation plays out, she taps into a deep inner strength. You know, I was slightly irritated with Mab at time initially…the way she fumbles through the early days of the Apocalypse. After a bit of contemplation, I realized that the reaction I had was towards Mab’s flaws were actually towards her humanity. Her very real reaction to the world going to s***e around her. I think her humanity was what I valued most towards the end of the novel.
I liked the Mab at the beginning of the book. I was hugely fond of the end-of-book Mab.
It is my hope that Rachel Sharp will continue Mab’s story. Two thumbs up for me. I quite enjoyed The Big Book of Post Collapse Fun.
Read more
4 people found this helpful
Helpful
Comment Report abuse

Wendy Whipple
5.0 out of 5 stars Wherein things go pear-shaped, sometimes hilariously
Reviewed in the United States on May 16, 2016
Verified Purchase
I don't typically read end of the world books, they're depressing and honestly we're headed there fast enough, why read about it, right? This one was fun. Well, as fun as the end of the world as we know it can be, anyway. Our heroine has no idea what she's doing, and that's incredibly refreshing. Mab has to learn as she goes, and boy does she have a lot to learn! There are some pretty tense moments in the book, and if I had a criticism, it would be that there were too few of those. However, the scene in particular I'm referring to, if there were more of those (which would make the book more realistic, possibly), would make me less likely to read a sequel. The scenarios felt believable (well most of them -- there are humorous moments that seemed ridiculous, but this is fiction, not a documentary), and Mab *grows* as a character, and her growth never feels over-the-top; she feels real. By the end of the book, she's gone from someone you would definitely NOT want dragging you down when things go to hell, to someone who would be a genuine asset. Whether she'd say the same of you, that's another story. I really enjoyed reading this, and am definitely looking forward to the next book in the trilogy!
Read more
2 people found this helpful
Helpful
Comment Report abuse

Mistina
5.0 out of 5 stars Goes to show dont judge a book by its cover
Reviewed in the United States on April 28, 2016
Verified Purchase
I wasnt sure about this one because the cover made it look sort of comic book like and Im not a fan of comics and the title didnt really give me any more info. I tried it anyway and boy am I glad I did, turns out it was a very good read in fact it seems like just how my own apocalypse might go. The writing is funny, the situations essentially realistic and the characters endearing. Well, 'character' mainly, since for most of the book it is just Mab and womans best friend.
I very much enjoyed the book and went looking for more as soon as I was finished. Im glad theres a sequel out and I hope there are many more books yet to come by this author.
Read more
2 people found this helpful
Helpful
Comment Report abuse

ChrisS
5.0 out of 5 stars A good read!
Reviewed in the United States on December 22, 2018
Verified Purchase
If you want a post-apocolyptic story told by a former member of myself society (after all, so many of us aren't survivalist live-off-the-land types; modern conveniences are great!) definitely give this a try. I had a little trouble staying immersed in it initially (I do have survival and outdoor experience and kept thinking about how far from ideal Mab's choices/options were) but I'm glad I stuck with it to the end. Mab is a very human, very familiar character and hey journey is definitely worth seeing.
Read more
Helpful
Comment Report abuse

Amazon Customer
4.0 out of 5 stars Oddly engrossing
Reviewed in the United States on February 4, 2020
Verified Purchase
This was much better than I thought it would be. The voice of the narrator rang true. The odds are incredibly against her and she seems like one of the least likely to make it through. Yet she does. It made me hit Wikipedia a few times to learn stuff and more than once gave me pause to think about the fragility of civilization, the dark and the light in the human soul and wonder about what would I do?
Read more
Helpful
Comment Report abuse

Phoebe Matthews
5.0 out of 5 stars There is no preparation for the unknown...
Reviewed in the United States on September 10, 2015
Verified Purchase
A goat, a chicken, a dog, and a woman all walked into an apocalypse ... Finish that line and you are on your way to an amazing and totally believable, well written adventure. Yes, there is humor, but it comes so close to possible, it is also terrifying. There are no bombs, no attacks, no world wide wars, no plagues, and no zombies. The woman would have preferred zombies. About the first line, What these mild beings walked out with gives new meaning to the word 'attitude.' I loved this book.
Read more
2 people found this helpful
Helpful
Comment Report abuse

Amazon Customer
5.0 out of 5 stars Pulls you in and keeps you there
Reviewed in the United States on February 24, 2020
Verified Purchase
Great story. The author is very descriptive and makes you care about the characters. Completely believable, too. I was too busy to read, but it didn't matter, I read anyway. Definitely made me examine my own over confident ego. Given the situation, could I do as well? Could you?
Read more
Helpful
Comment Report abuse

mickymouth
5.0 out of 5 stars Awesome!!!
Reviewed in the United States on February 13, 2020
Verified Purchase
Loved it. So exciting I literally finished it in one sitting. The dog was wonderful. A new take on the apocalypse from the point of view of someone a little like me. Mab was a wonderful travel companion and I'm so glad I read her story. Now, to go find some how-to books!
Read more
Helpful
Comment Report abuse
See all reviews

5.0 out of 5 stars Couldn't stop reading
Reviewed in the United Kingdom on May 23, 2016
Verified Purchase
This was just brilliant, the best thing I've read in so long. I got really attached to the characters to the point that I genuinely had to stop and contemplate how I would deal if Vet were to die. Funny, tense and intelligent ❤️❤️
Read more
Report abuse