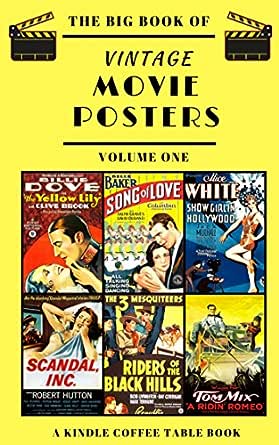 You've subscribed to The Big Book of Vintage Movie Posters! We will preorder your items within 24 hours of when they become available. When new books are released, we'll charge your default payment method for the lowest price available during the pre-order period.
Update your device or payment method, cancel individual pre-orders or your subscription at
Your Memberships & Subscriptions
There was an error. We were unable to process your subscription due to an error. Please refresh and try again. 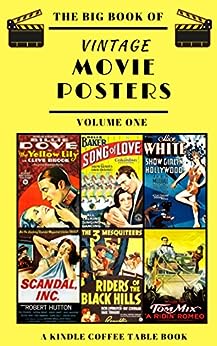 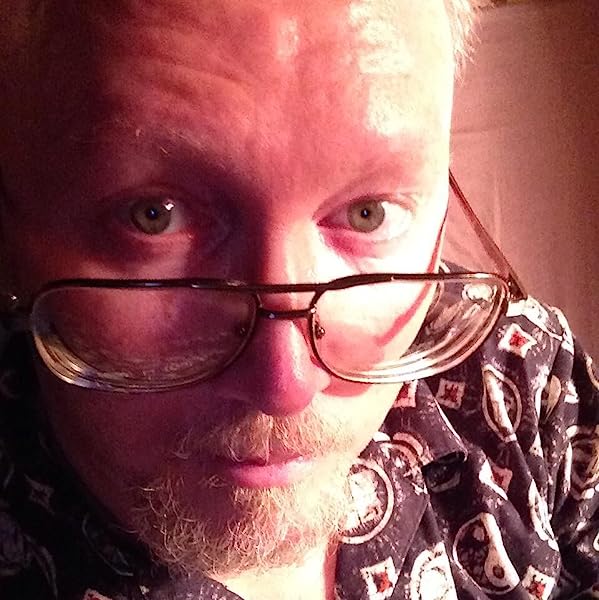 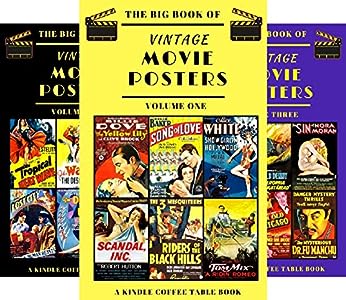 Eddie D
VINE VOICE
3.0 out of 5 stars Huge download
Reviewed in the United States on January 18, 2020
Verified Purchase
Nice pictures ....let's you get real close up...it the individual files of each poster plus all the posters involved equal a massive and.....for many of us poor slobs stuck on a DSL line.....a massive time suck and a ton of gigs. He warned
Read more
Helpful
Comment Report abuse

Jim Gibbons
5.0 out of 5 stars Do NOT pass this book up!
Reviewed in the United States on May 20, 2018
Verified Purchase
I love the artwork done on movie posters from the past. This book is a visual treat, and a lot of fun. I don't watch a lot of TV, but when I do, I'm usually watching Turner Classic Movies. Thank you, Mr. DeLong, for a delightful collection. I enjoyed it so much, that I immediately got the next two volumes. I can't recommend this highly enough, especially if you're a classic film fan.
Read more
Helpful
Comment Report abuse

Zipomatic
4.0 out of 5 stars A fun quick read
Reviewed in the United States on May 20, 2018
Verified Purchase
fans of classic movies will get a kick out of this book. Lots of movie posters from the 1930's and 1940's, an interesting look back at the past (for the 30 minutes or so that it lasts)
Read more
Helpful
Comment Report abuse

Kindle Customer
5.0 out of 5 stars Can have appreciation for nostalgia
Reviewed in the United States on September 3, 2018
Verified Purchase
I can imagine my parents standing in front of old movie theater and seeing these same posters and I am happy that I too can go back and see what their movies looked like
Read more
Helpful
Comment Report abuse

Montzalee W
3.0 out of 5 stars Great poster pictures
Reviewed in the United States on May 22, 2018
Verified Purchase
This book is packed with pictures of posters from early 1910's to 1960's. They show a variety of types of movies and actors and actresses. I found it interesting to see the art work, the movies, and culture change as the decades went by.
Read more
Helpful
Comment Report abuse

MariaJ
4.0 out of 5 stars Fun look at yesteryear
Reviewed in the United States on April 6, 2019
Verified Purchase
Many posters to look at, most beautiful some even breath taking! I shared with older relative. These reminded her. Get this!
Read more
Helpful
Comment Report abuse

Brian LuckyDog
4.0 out of 5 stars A beautiful collection
Reviewed in the United States on May 20, 2018
Verified Purchase
The posters themselves are stunning, but it would have been interesting to have at least a few lines of background information on the films, especially the ones that I'd never heard of.
Read more
Helpful
Comment Report abuse
See all reviews

Miss J. Surreal
5.0 out of 5 stars Beautiful collection of classic film posters
Reviewed in the United Kingdom on August 11, 2018
Verified Purchase
A lovely, unfussy, let the posters do the talking kind of book, with a short, insightful introduction. There's something for everyone here, including my tastes for Buster Keaton - delightfully surreal and yet realist misanthropic stunt drenched comedies.

Posters are categorised as to film type, and a useful feature is the zoom panel, which lets you zoom in on the film poster details.

I'm also a fan of B films so wonderful to see the 50 foot woman, who I look a bit like, one of the best film posters ever, and I'd love to be her for enough time to stamp all over London and the South East ha ha!

I'd like to read a bit of info about the films though as some of them I'd never heard of, although you can always Google them. Also would be nice if you could save favourite ones to print out or use as screensavers.

You can change the colour of the background as well which is something I didn't really bother with.

I'm looking forward to looking through the next volume.

Kindle Customer
3.0 out of 5 stars Random selection
Reviewed in the United Kingdom on January 15, 2020
Verified Purchase
Interesting for a quick look through. Selection appears fairly random. There are some interesting signs of early careers.
Read more
Report abuse

Miss B.
5.0 out of 5 stars Lights camera action 😂
Reviewed in the United Kingdom on April 11, 2020
Verified Purchase
Once again a nice little freebie but very interesting
Read more
Report abuse

Redhead lover
5.0 out of 5 stars Beautiful array of posters
Reviewed in the United Kingdom on January 26, 2019
Verified Purchase
A terrific selection of classic movie posters. The choice was excellent and I am now looking forward to seeing the other volumes.
Read more
One person found this helpful
Report abuse
See all reviews