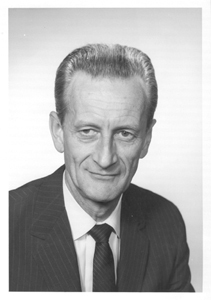 At long last, after thirty years, here's the fourth installment of the Mad Scientists' Club!

1990's 3/75 RNG
5.0 out of 5 stars Terrific, wholesome young adult fiction!
Reviewed in the United States on January 21, 2017
Verified Purchase
The last installment from one of the best boy's fiction writers ever. As with the other Mad Scientist Club books and tales, this one is rip-roaring and great fun for young and old. Of interest, this book is also great for young ladies as well. This final book from a wonderful author includes two girls who figure prominently in the story line. This is not to indicate that young female readers wouldn't enjoy the other books too, particularly if the girl in question seems prone or driven toward the sciences, aviation, anthropology, military or law enforcement. Parents- The Mad Scientist series (4 books) is wholesome, redeeming stuff. Not even the subtlest of illusions to sex or "coming of age" crap so popular in the "young adult" section of your local bookstore chain. Full endorsement. -1990's 3/75 RNG,
Read more
3 people found this helpful
Helpful
Comment Report abuse

David A. Drollinger
5.0 out of 5 stars Wish there were more
Reviewed in the United States on January 14, 2017
Verified Purchase
This is a much better book as far as storyline goes then the other novel The Big kerplunk. However it did seem that the writing was hurried along much more than it should have been. of course the first two books were short stories the big ker-plop was an interesting tail and the writing has gotten more detailed as the books moved on I think it would be interesting if some other writer was able to continue the stories of the mad scientist club like so many other Series that had been done after the untimely death of their creators. but I think all the mad scientist books we're extremely entertaining and well worth the money to purchase
Read more
2 people found this helpful
Helpful
Comment Report abuse

Crafty is as Crafty does
1.0 out of 5 stars Disastrously awful sullying of a cherished memory
Reviewed in the United States on June 9, 2019
Verified Purchase
I read the Mad Scientists Club books as a kid, and then read them again with my own daughters, and later came across this fourth book. Eager for a new tale featuring beloved characters and the methodical, measured style of Brinley’s earlier works, I was greeted by something that sounded very different almost immediately, and it never got any better. The dialogue was shrill and vapid, the characters utterly implausible, and the plot and storylines simply ludicrous. I’ve seen the claim that this book was “found” unpublished, among Brinley’s papers after he died, and simply wrapped up by his estate as a gift to Brinley’s fans. After reading this, I’m unable to accept that story, either that Brinley wrote it (at least, not in full possession of his faculties) or that this is any sort of a gift to fans of the Mad Scientists Club. I need to let some time pass, and then reread the earlier books (maybe to my grandchildren, if that time comes) to wash the sour taste of this disaster out of my mouth.
Read more
Helpful
Comment Report abuse

FRANCIS PETTIT
4.0 out of 5 stars Fun action and plausible geological science, but some cartoonish characters
Reviewed in the United States on December 11, 2007
Verified Purchase
I loved the first two MSC books-- collections of short stories, which are really classics-- but I didn't like "The Big Ker-plop!" because the boys in that story were too passive, and there wasn't enough action.

Now comes "The Big Chunk of Ice", which I do like much better than "The Big Ker-Plop!", though not as much as the short story collections. The good news is that it's fun and it's packed with action. Some reviewers on Amazon have complained that the boys don't do enough-- really? Relatively early in the book a couple of the boys are rappelling into a crevasse in the glacier, when an avalanche happens (caused by their enemies?), a teenage girl falls into their laps, and they're buried under the snow. That's not enough action for you? We also have a trip across the Atlantic in a blimp, a mysterious castle in the Alps, secret passages, suspicious characters, and possible ghosts. So, lots of action.

Also, the scientific techniques and equipment in the story are remarkably accurate and plausible-- in this case, mostly realistic descriptions of how to measure the dynamics of glacial flow.

But the bad news is that some characters are completely implausible-- fun maybe, but totally unrealistic as people. The biggest example is of course the cartoonish Prof. Stratavarious, who organizes the expedition to the glacier, and (as other reviewers have pointed out) who talks like a Sid Caesar character (fake accent from the imaginary country "Rumania"). In fact he IS a fun character, but totally unbelievable as a real scientist, or real person. He gives a speech about his version of the "scientific method", in which the main principle is: throw out the data points that don't fit your hypothesis! It's actually funny as hell-- I am a real scientist (due to the influence of the Mad Scientist's Club books) and one day I'll use that quote in one of my presentations!-- but even a very bad scientist would not actually talk like he does.

The problem is that he and a couple other joke characters in "Big Chunk" partially spoil the realistic style we're used to from the MSC books. So on the one hand, the reader gets the very plausible, scientifically accurate descriptions of scientific methods, while on the other hand the reader gets a few cartoonish joke characters who seem to have been beamed in from another book altogether.

Besides Prof. Statavarious, another completely implausible character is Axel, an ugly, strange dwarf who is the caretaker of a medieval castle-- he also doesn't fit the "realistic" MSC style; I didn't believe him for a minute.

The boys also meet a couple of teenage girl students of the Professor, who are a given the ridiculous names of Angela Angelino and Angelina Angelo-- which only underscores the author's problems with making them individuals. In fact, the two girls are not exactly identical. Despite what some reviewers have written, only Angelina (I think), not both of them, speaks in Beatnik slang. I don't find the Beatnik hep-cat slang to be "dated" as some reviewers say-- I found it kind of quaint, in a Dobie Gillis/Maynard G. Krebs kind of way. It also appears Angelina likes Charlie more.

Consider that Prof. Stratavarious takes the boys across the Atlantic ocean in a blimp. I have mixed feelings about that: the blimp ride is fun, but is it really believable? The author describes the blimp in detail to make it physically plausible-- but would a sane adult really take a bunch of children on a 3-day trip in such a dangerous vehicle?

The resolution of the final mystery is also a little bit of a let-down. Despite the flaws, I still give this book four stars because the parts that weren't plausible were fun anyway, the science was accurate enough, and it did make me laugh several times. If you are choosing between this and "The Big Ker-plop!", get this.

J.R.
3.0 out of 5 stars Still a Good Yarn
Reviewed in the United States on May 22, 2014
Verified Purchase
If you're a fan of the Mad Scientist Club, then you'll enjoy this book, but the format is different than what you may be used to. The first two books were a compilation of short stories for the most part, and really fleshed out the characters. This book is one long story, and seems to be the authors attempt to plug in a lot of ideas that occured to him over his lifetime. Don't get me wrong, it's a good yarn, as well as a decent mystery, but I wish I had read it as a kid first, instead of as a adult.

Having said all that, if you've read the first three books, it's worth your while to follow up with this last one.
Read more
One person found this helpful
Helpful
Comment Report abuse
See all reviews

Page 1 of 1 Start overPage 1 of 1
This shopping feature will continue to load items when the Enter key is pressed. In order to navigate out of this carousel please use your heading shortcut key to navigate to the next or previous heading.
Back
Next
Pages with related products. See and discover other items: peoples of europe series