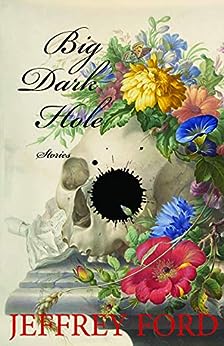 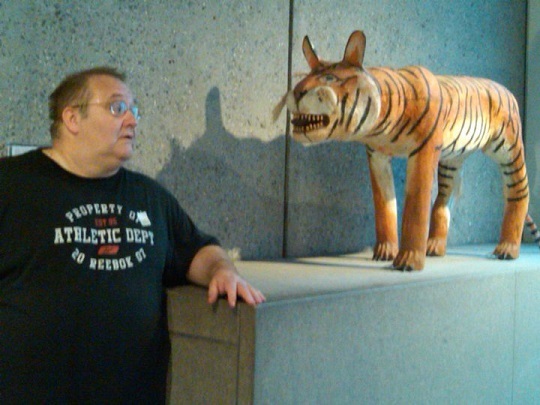 Praise for A Natural History of Hell:

“This is the perfect reader-who-has-everything gift for fantasy fans with a literary bent or vice versa. Ford brilliantly cross-pollinates the grim suburban settings of literary fiction with fantastical elements, adding dashes of humor and empathy to provide some light in dark days.”― Publishers Weekly: Holiday Gift Guide

“Ford specializes in employing vivid and precise language to portray the inexplicable, often with great intensity or deadpan humor. In his odd but compelling stories, strange things happen for reasons that are never made completely clear but that demand attention even as they grow ever more disturbing. A Natural History of Hell is an excellent sampler of Ford’s singular brand of storytelling, a baker’s dozen of diverse and diverting literary treats.”― Michael Berry, San Francisco Chronicle

“Formally Ford’s stories are object lessons in how to stage a narrative.”― James Sallis, F&SF

“In this collection of 13 stories, Ford showcases his award-winning talent for crafting creepy tales that bend the world as we know it in unexpected ways. Although the stories are not linked, they do share a common theme: wickedness lurking just beneath the surface of everyday life. And while each uses different degrees of the supernatural to get there, all employ a dark and uneasy atmosphere, quirky characters, and thought-provoking endings, with delightfully unsettling results. . . . This collection is a good choice for fans of short stories by Neil Gaiman, China Miéville, or Kevin Brockmeier.”― Booklist Online (starred review)

“Seamlessly blends subtle psychological horror with a mix of literary history, folklore, and SF in this collection of 13 short stories, all focused on the struggles, sorrows, and terrors of daily life.”― Publishers Weekly (starred review)

“‘The Blameless’ is . . . a perfect example of Ford’s eerie subversion of mundane life. In it, suburban parents have begun throwing their children exorcisms as rites of passage, and the premise delivers plenty of black humor and bone-dry social satire.”― Jason Heller, NPR

“A series of hits that linger long after you’ve finished reading. The mundane seems fantastical when penned by Ford, and the fantastical dreadfully human. Stories range from surreal daily life, to epic fantasy, to Gothic Americana and far, far beyond. It’s hard to pick a favorite, so I recommend you read them all.”― RT Book Reviews ****

“Jeffrey Ford is a beautifully disorienting writer, a poet in an unclassifiable genre―his own.”―Joyce Carol Oates

“Jeffrey Ford is a true heir to his teacher, John Gardner―not only in his ability to inhabit an astonishing range of styles and different worlds with jaw-dropping verisimilitude, but also in the great-hearted compassion and depth that he brings to his characters. I have long admired and learned from his work, and I’m grateful to have these beautiful stories to contemplate.”―Dan Chaon

Jeffrey Ford was born on Long Island in New York State in 1955 and grew up in the town of West Islip. He studied fiction writing with John Gardner at S.U.N.Y Binghamton. He’s been a college English teacher of writing and literature for thirty years. He is the author of nine novels including The Girl in the Glass and five short story collections, including A Natural History of Hell. He has received multiple World Fantasy and Shirley Jackson awards as well as the Nebula and Edgar awards among others. He lives with his wife Lynn in a century old farm house in a land of slow clouds and endless fields. --This text refers to the paperback edition.