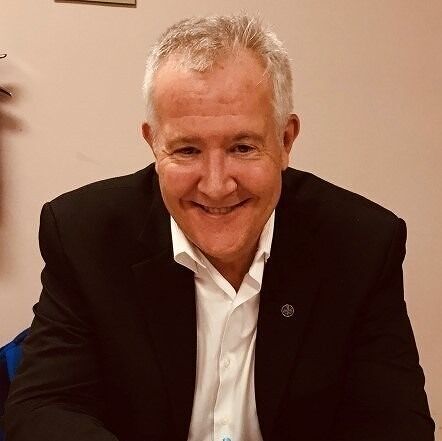 by Nate Hendley (Author)
5.0 out of 5 stars 3 ratings
See all formats and editions
Sorry, there was a problem loading this page. Try again.

Covering American cons and hoaxes past and present, including the Great Moon Hoax of 1835, the controversy over "subliminal messaging" (do bands, filmmakers, and advertisers really put secret messages in their works?), the panic about "satanic" daycare operators in the 1980s, and recent Internet scams, this book provides a fascinating, fact-based look at infamous frauds across the centuries. Offering an engaging mix of history, sociology, and psychology, author Nate Hendley gives readers an appreciation of how prominent scams, cons, "confidence men," and hoaxes have impacted American society, past and present.

Each entry details the scheme or hoax and the pertinent con artist/schemer involved, examining the sociological, cultural, political, and/or economic effect of the scams. Each topic is accompanied by a short bibliography of further reading selections. As the old saying goes, "There is a sucker born every minute"―and there has always been a keen-eyed swindler to take advantage of the situation. The Big Con: Great Hoaxes, Frauds, Grifts, and Swindles in American History explores this sordid underbelly of American civilization and invites readers to revel in the felonious experience.

"Serious students and general readers alike will marvel at fraudsters' ingenuity and cringe at human gullibility (sometimes fed by greed). Consider for all public libraries."

"[A] good overview and resource for public and academic libraries aimed at all levels of beginning students. Summing Up: Recommended. High school, community college, and undergraduate students; general readers."

"The Big Con is a big book, almost 400 pages, and as such, it is very authoritative, making it a great reference book to have for those who enjoy reading true crime, crime fiction, or who are born skeptics and get a certain 'kick' out reading how easily people can be fooled. . . . Very readable The Big Con is one of those books that you can pick up and start reading anywhere. There is an extensive bibliography at the back for further reading suggestions. Mr Hendley has done sceptics a genuine courtesy by assembling the history of frauds, cons, scams and hoaxes into one beautiful volume. . . . [T]his book is perfect reading for the casual reader, true crime/fiction aficionado, and sceptic."

"For a comprehensive guide to how the likes of Clem, Lehwess, and other slick-talkers operate, check out The Big Con: Great Hoaxes, Frauds, Grifts, and Swindles in American History. . . . [E]ntertaining and informative."

Nate Hendley is a freelance writer and author. He has written several books, primarily in the true-crime genre.

Nate Hendley is a Toronto-based freelance journalist and author. He has written several non-fiction books, primarily in the true-crime genre. His books have examined wrongful murder convictions ("The Boy on the Bicycle"), scams and hoaxes ("The Big Con"), and organized crime ("The Mafia: A Guide to an American Subculture"), among other topics.

Nate's most recent book, "The Beatle Bandit" is about Matthew Kerry Smith, an intelligent but troubled veteran of the Royal Canadian Navy who robbed Toronto-area banks in the early 1960s to finance a one-man revolution.

On July 24, 1964, Smith disguised himself in a Halloween mask and a “Beatles” wig and held up a branch of the Canadian Imperial Bank of Commerce (CIBC) in Bathurst Manor Plaza in North York, Ontario. A bank patron seized a revolver (at the time, banks in Canada routinely stocked pistols which staff were expected to use in case of robbery) and got in a gunfight with Smith. The patron was killed, and the event fueled a nationwide debate about guns, insanity pleas, and the death penalty.

Published by Dundurn Press, "The Beatle Bandit" is available in paperback, e-book, and audiobook formats. It has received excellent reviews:

“Hendley tells the story as though he were writing a crime novel; an apt read-alike might be Truman Capote’s In Cold Blood, with which The Beatle Bandit shares a journalistic style and a perceptive analysis of people and events. First-rate true crime.” ―Booklist

You can email Nate at nhendley@sympatico.ca.

faithful reader
5.0 out of 5 stars A Great Read
Reviewed in the United States 🇺🇸 on October 3, 2016
A great read detailing cons,frauds, and hoaxes past and present
Read more
Helpful
Report abuse
See all reviews

faithful reader from Canada
5.0 out of 5 stars Excellent read in thses days of fake news.
Reviewed in Canada 🇨🇦 on December 17, 2016
Verified Purchase
An excellent read in these days of fake news and deliberate manipulation of evidence. Well written and clearly organized, and fun to read. I recommend it strongly.
Read more
One person found this helpful
Report abuse
See all reviews