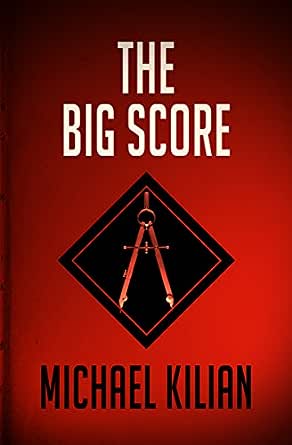 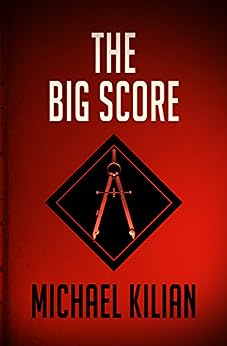 In his seventh novel, Kilian ( The Last Virginia Gentleman ) tells a fast-paced story of murder and corruption among Chicago's upper crust. Matthias Curland returns from his dissolute life as a second-rate painter on the Cote d'Azur for his mother's funeral, only to find his once-wealthy German-American family bankrupt and his father's architecture firm about to close its doors. When a painting from a Curland-funded museum is discovered on the family sailboat--wrapped around the corpse of a woman who had been involved with both Matthias and his embittered, alcoholic brother, Christian--Zane Rawlings, police chief of the small town of Grand Pier, Mich., starts an investigation that quickly turns dangerous. Matthias, meanwhile, is hired to design a skyscraper by Trump-like billionaire Peter Poe and quickly falls in love with Poe's wife Diandra, a brainy, coolly elegant former model. Further developments lead back to the dead woman and the stolen painting. Kilian has a great feel for plot; his complicated story moves gracefully to a swift, satisfying conclusion. While some of the characterizations are a little broad, on the whole this is a thoroughly entertaining thriller.
Copyright 1993 Reed Business Information, Inc. --This text refers to an alternate kindle_edition edition.

An artist is drawn back into his family's rather sordid business and into the orbit of an odious Trump-style real-estate developer in Chicago. Kilian's most recent imperiled WASP thriller was The Last Virginia Gentleman (1992). The Curlands of Chicago have pretty much hit the skids. Matthias Curland--one-time architect, crafty yachtsman, and hero of this well-mannered novel of midwestern manners and murder--has gone nowhere as an artist in Europe. His brother, Christian, paints and cossets Chicago society ladies and accepts gifts from them. Their father, who ran the family architectural firm into the ground, is slipping into dementia, and their unpleasant mother has just slipped off to the big jewelry department in the sky. Only the dog-rearing suburban sister has done at all well. Back in Illinois for mum's funeral, Matthias picks up with an old flame just before meeting and becoming intrigued with Diandra Poe, wife of Chicago's most flamboyant zillionaire. Peter Poe, a world-class rat with an exceptionally vicious secretary, appears to be giving Mrs. Poe the high sign to hop into bed with Matthias. What could the condoned cuckoldry have to do with hubby's plans to build the tallest building in the universe, his selection of Matthias as house architect, conversion of the lakefront airport, the Curland family museum, or the bullet holes in the stolen artwork found on the body of Matthias's old girlfriend on the derelict yacht that floated into the bailiwick of a Michigan police chief with roots in Chicago? Matthias and the cop sort it all out together. There are no cliffs from which to hang in the Midwest, but there is that lovely big lake, so there's a modestly tense yacht race. Most of the characters are repellent, but if Kilian ever slides over to mysteries, Chief Zany Rawlings would do nicely in a recurring role. -- Copyright ©1993, Kirkus Associates, LP. All rights reserved. --This text refers to an alternate kindle_edition edition.

No Bio --This text refers to an alternate kindle_edition edition.

In this soap opera, a naive architect/artist gets in over his head with a billionaire (think Donald Trump), who in turn is no match for his evil call girl turned private secretary, Mango Bellini. Skilled in the art of using other people and other people's money, billionaire Peter Poe's ego demands that he construct the world's tallest building in his native Chicago. As architect he chooses Matthias Curland, who has returned after several years spent painting in southern France. Curland's family is old Chicago, blue-blooded--and on the financial skids. Naturally, Curland accepts Poe's offer, but strings are attached. Curland must also help Poe win a three-day yacht race and paint the financier's beautiful wife in the nude. Entwined with this is the subplot of a tenacious hick police chief's attempt to solve the murder of a woman aboard a yacht that floats into his town's harbor. A mixed bag here: Kilian (Looker, 1991) has a firm grasp on the corrupt world of finance and politics he depicts. But except for Chief Zany Rawlings, his characters--such as the young woman who gets burned in a bomb explosion--are not sympathetic or well drawn enough to make us care what happens to them. Kilian's plot twists are tired, but his ending is a nifty surprise. Richard Paul Snyder --This text refers to an alternate kindle_edition edition.

“A fast-paced story of murder and corruption among Chicago’s upper crust.” —Publishers Weekly

“Entertainingly long on plot . . . The suspense holds up.” —Library Journal

Praise for Michael Kilian
“A civilized and literate thriller . . . Smooth, intelligent, and genteelly exciting.” —Kirkus Reviews on The Last Virginia Gentleman
--This text refers to an alternate kindle_edition edition.

A stolen sailboat drifts to shore with the body of a young woman who has been shot and wrapped in a mysterious painting. Across the lake in Chicago, architect Matthias Curland has reluctantly returned from Paris to deal with his family's failing architecture firm, while brash billionaire Peter Poe is frantically making deals to keep his real estate empire solvent. The three stories converge neatly in this fast-paced novel by the author of Looker ( LJ 12/90). Entertainingly long on plot, it is unfortunately short on characterization: Matthias is too laid-back to be really compelling, and the other characters rarely rise above stereotype. However, nice details about Chicago society, high finance, and the art world add interest, and the suspense holds up well to the end. If you need another page-turner, this is your book; otherwise, not an essential purchase.
- Beth Ann Mills, New Rochelle P.L.,
Copyright 1993 Reed Business Information, Inc. --This text refers to an alternate kindle_edition edition.
Read more