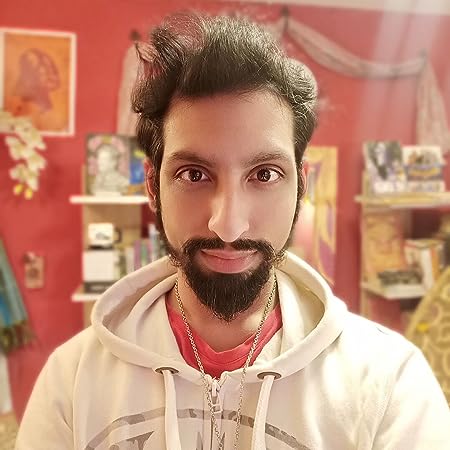 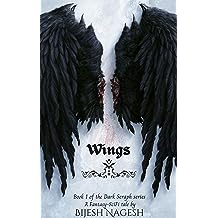 Wings: Book 1 of the Dark Seraph series Apr 12, 2017
by Bijesh Nagesh
$2.99
All Life has to end sometime. But it’s not right when that end is forced. The Nephilim threat has returned to Earth, after the clan finds a loophole to send their youngest on a sinister mission to prepare a path for the rest of them. The Nephilim brothers also hope to remove the curse that they’d earned due to past crimes against humanity. By executing his mission, Ireldian agitates a series of events that gets the Elders and Crystal-Bloods in Heaven involved.
Hell isn’t far behind, and the long-reigning Queen of the Abyss finds herself facing a past that just won’t stay gone – battling a cause that only she knows the consequences to. Powerful prophecies unravel, all to counter an infection that’s put the world in grave threat. Good people cannot hope to stop evil by sitting on the sidelines – some of the most unusual team-ups happen to face a beast that cares nothing for human beings and the immense investment that they represent to the Elders.
Amidst deception and the pain of loss, five humans ally with a good demon, a vampire and a psychic to help safeguard the infant Ezekiel who’s smack in the middle of events that will herald the Golden Age of Magic.
Forbidden secrets grapple with established reality, and all life is in jeopardy. Will the world survive a transition into the New Age rife with manna and darkness? Will it see the light, despite evil doing what it thinks is right, and good people fighting to prove it wrong? Will supernaturalism divide the world or unite it? Sailing into this storm is Max Lineman. Will the unprepared detective pass the terrible test that life is about to throw at him? Where will his naïveté lead him?
All Hope hangs in the balance, and one can only wonder what the Vatican and Harvard have to offer during the chaos. To say nothing of Lucifer herself who’d been present when the first seeds of despair had been sown on the Earth destined for darkness. 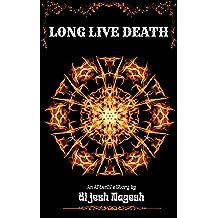 Long Live Death May 1, 2015
by Bijesh Nagesh
( 7 )
$2.99
After having taken his own life, Reincarnator Helidon finds himself in Quadrant City, the dimension to which Captain Charon ferries all suicide-souls. Helidon soon learns that the Afterlife comprises multiple dimensions, all governed by the iron fist of King Death. Landing the unfortunate position of Minister in His Majesty’s court, Helidon is forced to wade through bewilderment and bizarro as he attempts to do right by the King, Quadrant’s citizens and himself. In an Afterlife brimming with distrust, wonder, disaster, confusion, uncertainty, and love, Helidon goes through so much so fast that he fails to spot the final twist… One that would alter the very fabric of the Afterlife and take Death himself by surprise.
Read more 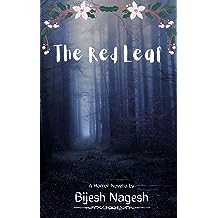 The Red Leaf Apr 4, 2018
by Bijesh Nagesh
( 3 )
$0.99
Dark desires lust for revenge. A slave becomes a queen only to use her sinister powers for vengeance on a bloody scale. The story revolves around the kingdom of Mystifer where Undergrounders and humans coexist, and where only vampires can sit the throne. Devya Matalya, the Eunuch Queen, becomes the only eligible ruler by acquiring demonic powers that helped her take over the kingdom. The fate of the nation is entwined with the mysterious red leaves of the Soul Forest, and the Clan on the mountain. This paranormal tale explores the reality of injustice. It redefines the difference between revenge and vengeance, and how little time there is to pursue either. 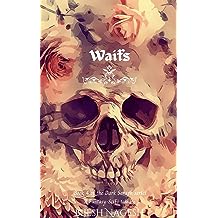 Waifs: Book 4 of the Dark Seraph series Apr 12, 2017
by Bijesh Nagesh
$2.99
The Covenant-Code has been pushed to breaking point as the First War of Manna threatens to overthrow everything that the Elders had planned for the human race. A magically altered world faces yet another death wish, this one capable of claiming their futures, like the previous one did their belief in the inexistence of Magic.
Lucifer has brought her demons to the fore, the magi are at their wits’ end, and the witches find themselves joining forces with unexpected allies – the Nephilim threat dwindles to a close and the Luciferian one burns anew.
As competing forces fight for the chance to keep their ambitions alive, human beings merely battle to stay alive – to have a world that their children can actually live in. It has come to that, the end of most things. Everything now rests on the outcome of a supernatural war, and innocence has become the first casualty. 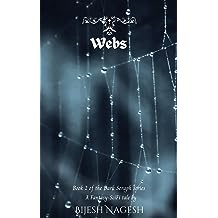 Webs: Book 2 of the Dark Seraph series Apr 12, 2017
by Bijesh Nagesh
$2.99
Uncertainty and horror is unleashed upon the world following Ireldian the Nephil’s brash appearance in St. Peter’s Square. Sparking public demand to know more, the Press and governments grapple with notions of supernaturalism and are clueless where to go to find resolution for their fears.
An Angel from the Elder Realm finds his forbidden creation. Will his desire to reclaim it result in a dangerous prophecy meeting fruition? Will the witches – Anastasia, Bridget and Madeleine – awaken only to turn the tide against civilization and usher in an autocracy that they could probably have been planning for centuries during their foreverbation sleep cycle?
The sphinx Selena finds her future threatened. Will the scholarly tri-hybrid figure out the root of her problems, or will she have to fight the coming war and in the process lose all sense of self?
The Pearl City Atlantis becomes a beacon of distrust but also hope. In these dark times, the High Priestess gathers the nations of the East for a war that the witches will bring if they breathe again.
Spies abound as Max Lineman tracks a triple wildcard – the Society agent Richard Gunner, and the FBI’s own Colonel Felix Boulder and Dr. Angelica Fellwood. Where will they lead the man who wishes he’d never learned that Magic was real?
The good demon Mercurion has been tasked by the Queen Dragon to join with Jason, Marianne, Mark, Diana and Jean – the Human Pentacle. But to enlist their aid proves tricky. Where should he start looking for them? Will they even help him, now that the world is going mad with doubt? They could possibly lose one of their own to the clutches of death. What could it mean for the world if the magi are taken out of the picture?
Dorian Fanger discovers his connection to Atlantis. Why has the city trusted him with Hell’s Eye in the first place? Will he find peace from tribulation, or will a new thread guide his fate along a more sinister lane?
Lucifer the LightBringer ponders her place on this web. She is grateful for hard-won allies, and is aware of where her opponents now stand. How long will her coalitions last, though? The Human Pentacle has a powerful purpose, something that the Dark Seraph knows more about than anyone else. Will unforeseen events change the Seraph’s mind? Or will the eldest Crystal-Blood decide to play the darkest card of all, one that she’s kept stashed away from the light?
Nothing is safe. What is the value of a soul? Truth and illusion clash with reality, and together spin the webs of war. 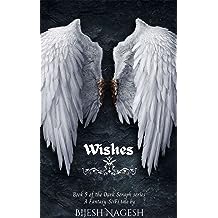 Wishes: Book 5 of the Dark Seraph series Apr 12, 2017
by Bijesh Nagesh
$2.99
A thrashed and tortured world awaits our heroes and not-so-terrible villains as they aim to figure out what to do in a future that seems rather uncertain. Much can still go wrong in the New Age that’s staring them in the face.
As time takes its toll and revelations take theirs, a world torn apart by Lucifer’s manipulations, human ignorance, and ancient Elder promises stands silently on the verge of great change. The Covenant-Code is being repaired, and the damage done and lives lost are far too much to imagine. Will this be a ripe moment to redress the mistakes of the past? Will the gods and humankind grow close once again? Or will they drift further apart into darkness, and into the claws of the monsters that lie therein?
As the LightBringer takes her final flight, will she return home seeing the strength of a species who are willing to fight death itself? Or does she still have another card to play, one that will push her Demons up the chain to replace Humans in the deific eyes of the Elders?
Will the two races accidentally meet at a point where they’d realize that they need each other now more than ever? Human Being and Demon Being, united? None can tell what the future might bring, especially now that the world has practically ended. And we can only wonder what the Dragons will have to say about all this. 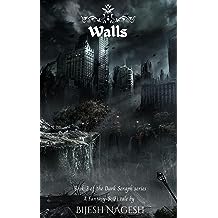 Walls: Book 3 of the Dark Seraph series Apr 12, 2017
by Bijesh Nagesh
$2.99
The world is on the brink. War is no longer a whisper but a decisive shout. Society is fraying. Lucifer is going to war against the three witches. Anastasia, Bridget, and Madeleine find themselves facing changes that they hadn’t quite prepared for during their centuries in foreverbation.
Hell is unleashed in more ways than one, and the world is caught in a supernatural storm that presages what the Norse had called Ragnarok – and what people everywhere simply refer to as the New Age. The First War of Manna seems inevitable. Alliances – dark and light alike – are strengthened.
Which way will the tables turn? The New Age cannot begin with an extinction event, but the Earth seems capable of only so much. Will these events give Lucifer the freedom that she’s been fighting to win for herself and her demons? Will this war be the last grand Human chronicle before the hopes that the Elders have invested in them ends? Will Lucifer shed light into the shadows of our lives, or are we all meant to spiral into the starved pit of eternal darkness?