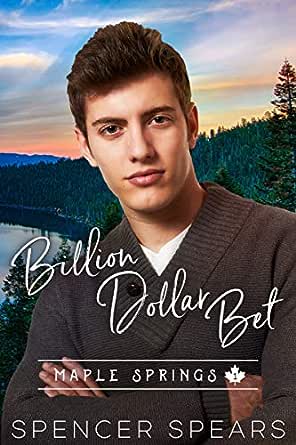 You've subscribed to Maple Springs! We will preorder your items within 24 hours of when they become available. When new books are released, we'll charge your default payment method for the lowest price available during the pre-order period.
Update your device or payment method, cancel individual pre-orders or your subscription at
Your Memberships & Subscriptions
There was an error. We were unable to process your subscription due to an error. Please refresh and try again. 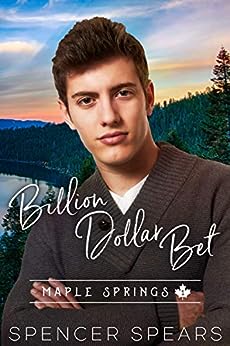 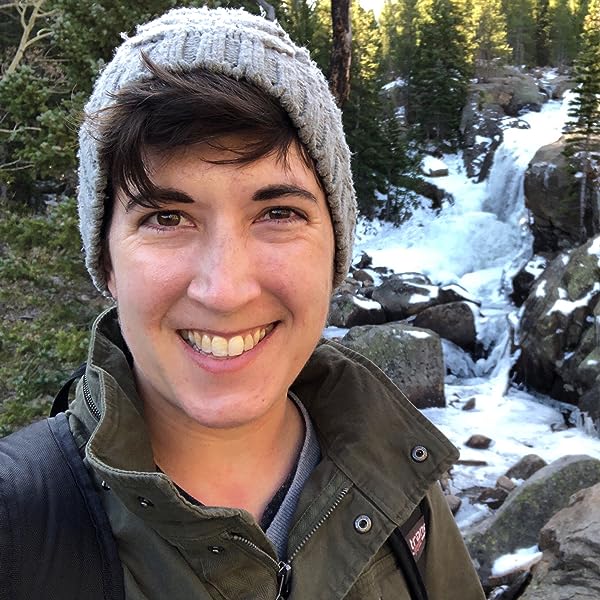 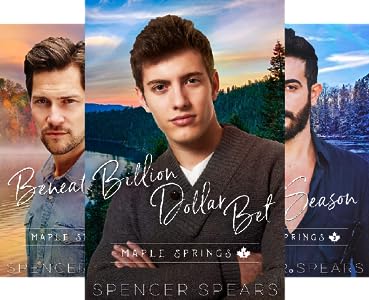 I LOVED this book. Both Kian and Jack are great MCs. Kian is a social worker - yeah, social workers! - who has more work than hours in the day. He lives in a small, northern Minnesota - yeah, northern Minnesota! - town called Maple Springs. The town is in dire financial straits and is thinking of selling land to either a mining company or a private equity firm that wants to build an eco-resort on the land. Kian is against both of them and is talked into speaking out against the 2nd larger proposal from the private equity firm.

He meets Jack in the town bar and is immediately attracted to him. They exchange numbers, and it isn't until the town meeting that he realizes that his "Jack, the mysterious stranger" is the owner of the private equity firm. He still speaks out against the proposal, but agrees to a bet with Jack. He just has to keep an open mind and listen to the proposal, giving Jack his honest opinion and suggestions. If after all of that, he continues to dislike the proposal, Jack will withdraw it. And with that, the two of them start to spend time together.

I LOVED these two. Kian is such a kind and caring person. He is honest and trustworthy. He accepts people as they are and wants the best for them. Jack is a successful billionaire who has put all his time into his job, but meeting Kian brings out something he had hidden away for years - his big, caring heart. He has a secret about why this project in Maple Springs is so important for him. He had never had a relationship before that he didn't sabotage, but being with Kian - just as a friend - has him wanting more.

I loved this book, as I said before, and it left me in a feel-good place. I definitely want to check out the author's backlist.
Read more
One person found this helpful
Helpful
Comment Report abuse

DeirdreTop Contributor: Pets
5.0 out of 5 stars Plus One
Reviewed in the United States on January 16, 2017
Verified Purchase
It has been an interesting experience reading a book series backwards. I hadn't planned to do this. It was entirely accidental. I even mentioned to the author the need to indicate that these stories weren't just interrelated by their location in Maple Springs, Minnesota. There is actually a story arc build up and character development from this book thru the next two: BENEATH ORION #2 and SUGAR SEASON #3.

Of course they can be read separately in whatever order you like, heck I just read them backwards. But if your intention is to read them all you might as well start with BILLION DOLLAR BET Book #1. I had a completely different image of characters I thought I knew from their individual stories. I can see now certain dynamics I missed initially.

I had such a different impression of Jack after reading Colin's story. I met a whole new Jack who returned to Minnesota from London! WTF? What was he doing in London. I was so confused. Before they became a couple Kian and Jack were adversaries. Mutually attracted to one another, but on opposite ends of the development plans that Jack had in mind for Maple Springs.

Getting to know Graham and Charlie then finding out they were Kian's friends initially not Jack's was so surprising. Being such a passionate advocate for their town and area had his friends encouraging him to speak up at a town meeting about more promised redevelopment & jobs in the area. Promises that had been made and broken many times before.

Kian seemed like such a minor character in the other stories, overshadowed by Jack, but here he was one of the main characters. His life, hopes, dreams, and insecurities are what we learn about him. His passion for helping others and seeing the good in others is something that distinguishes him among his peers. He is highly regarded at his job by both his employers and his clients. His love life though not so great. He doesn't trust his instincts anymore when it comes to guys. Besides he has so many other things on his mind. His job downsizing, the town considering another bad idea to earn quick money, and his clients more in need of help than ever.

Then there's Jack. He is a Superman. He built up his life from very humble beginnings, excelled in college, created his own international firm with the help of a wonderful woman. He valued her counsel and advice, except when it came to his love life or lack thereof, he didn't listen. They worked so hard & so closely together he was amazed that she had a husband and child at home. One thing Jack's colleague and best friend, Annie didn't understand was why he couldn't see what a prize he'd be if he allowed himself to lower his guard. Or why he was so determined to pursue the Maple Springs project.

The strong mutual attraction between Kian and Jack on first sight is upset when they discover they are adversaries in the potential community development project. Jack quickly realizes that he has to get Kian to believe in the project if he expects to get the cooperation of the rest of the town. Because they are so reluctant to get into an intimate relationship they hold back around each other, yet despite everything something else unexpected happens -- a friendship.

This first book in the Maple Springs series sets the tone for the rest of friends crater sized potholes in the road to love. It's not easy. You might break a tire rod, or mess up your alignment, maybe just scare the bejesus out of yourself when you unexpectedly drop down into one at night. But love and life are messy, scary, and hearts are broken, sometimes it's lives that get messed up. But in the end you get back in your car (maybe after visiting a mechanic) and set aside any fears of what may be coming, because when you get to that wonderful destination of HEA it is worth all that you had to endure.
Read more
Helpful
Comment Report abuse

Justin D
3.0 out of 5 stars Life Changes
Reviewed in the United States on August 27, 2019
Verified Purchase
This is a Cute story to help cleanse your palate. Likable characters who don’t stray outside their lane. I’m looking forward to the other books in this series. Don’t like that you have to sign up for the author’s newsletter to get the epilogue. Oh well. 3.25 for movie references.
Read more
Helpful
Comment Report abuse

Club_Sion
5.0 out of 5 stars Cute and angst free
Reviewed in the United States on September 23, 2016
Verified Purchase
I really enjoyed this story. Both characters are very likable and the story does not have angst at all. Everything sorts out easily.

It has very few smex scenes compared to other books. If you want something light hearted this is for you.

If you are looking for more intensity and smex you should look elsewhere.

Kindle Customer
4.0 out of 5 stars I'll Meet You Half Way
Reviewed in the United States on July 29, 2017
Verified Purchase
If you could live in Utopia, Maple Springs would be right next door. A billionaire with his heart in the right place (though personally closed off) brings a vision for a new lease on life for this dying town. A social worker is afraid to trust, having been burnt in the past. As they work through their issues and learn what it means to belong to someone who cherishes you for who you are, obstacles are overcome and romance shines.
Read more
Helpful
Comment Report abuse

Marlene
5.0 out of 5 stars Love it
Reviewed in the United States on August 4, 2019
Verified Purchase
Wow what a great start to a new series. I loved this book. Spencer is a wonderful author. You never feel like you have been cheated with his books. Can't wait to read book 2.
Read more
Helpful
Comment Report abuse

Kindle Customer
4.0 out of 5 stars Going forward can sometimes mean going back.
Reviewed in the United States on June 24, 2019
Verified Purchase
I love the supportive community around this couple around the World. Both fearful of moving to quickly or to be assuming to much. Learning to communicate is a biggy for them both.
Read more
Helpful
Comment Report abuse

Kimberly Kniaz
5.0 out of 5 stars Billion Dollar Bet
Reviewed in the United States on May 6, 2018
Verified Purchase
Omg this book was absolutely amazing. This book was a page turner that I just couldn't stop reading until the end. I had absolutely loved reading this book. I would highly recommended this book.
Read more
Helpful
Comment Report abuse
See all reviews