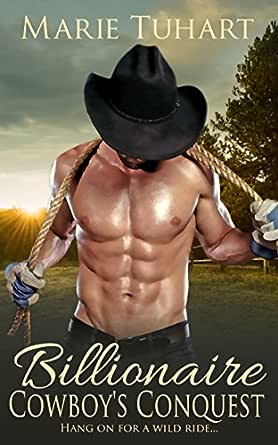 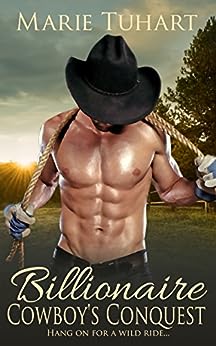 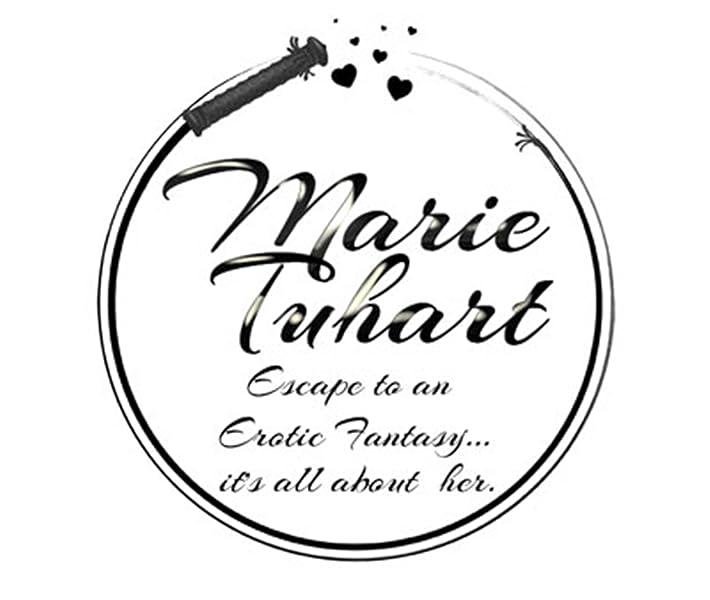 Marie Tuhart lives in the beautiful Pacific Northwest with her muse, Penny, a four pound toy poodle. Marie loves to read and write, when she's not writing, she spends time with family, traveling and enjoying life. Marie is a multi-published author with The Wild Rose Press, Trifecta Publishing and does some self-publishing. To be alerted on new releases on Amazon or Book Bub. Also you can join Marie's newsletter where she gives her group advance information on her books, runs contests and does giveaways just for newsletter readers. Marie can also be found on Goodreads, Pinterest, Twitter, and Facebook. --This text refers to the paperback edition.

4.1 out of 5 stars
4.1 out of 5
81 global ratings
How are ratings calculated?
To calculate the overall star rating and percentage breakdown by star, we don’t use a simple average. Instead, our system considers things like how recent a review is and if the reviewer bought the item on Amazon. It also analyzes reviews to verify trustworthiness.
Top reviews

Hunter🐺🍆🌋 is home from the bull riding circuit with a leg injury, and he's having a problem occupying his time in a productive manner! He sees Jess💋 as a further distraction to him, and vows to run her off asap.

But, he finds himself desperately attracted to her, and he constantly figures out ways to be around her. He has told her the ranch hired help is off limits to her. He wants her all to himself.

Jess💃💋 needs the job. She is broke after leaving her ex, Ned. When her own father was killed by a bull that threw him at a rodeo, she vowed to never become involved with a cowboy🐎. She is also deathly afraid of bulls now.

Hunter🐺🍆🌋 spends a lot of time flirting with her, and she can't seem to turn him down.

Can a cowboy🐎 really fall for a city girl? In reality, not likely. He should have signed up on Farmersonly.com!

ARC Received from HG.
I also bought The book.

I normally don't read cowboy🐎 adult romances because the author's description of ranch life and information about the animals is usually wildly inaccurate. Since I have lived on a ranch for 20+ years, I know how it really is. The inaccuracies bug me so I usually avoid these types of 📚books.

The book📑 could have used an additional editing.

izuke
5.0 out of 5 stars Good Story
Reviewed in the United States on August 2, 2018
Verified Purchase
I thought this was a really well written book. I liked the characters and how they interacted . Hunter and Jess had excellent chemistry . I read the book very quickly because it was so good . I recommend reading this book !
I voluntarily reviewed an arc copy of this book and bought it because I want to read it again.
Read more
Helpful
Comment Report abuse

S Meeks
5.0 out of 5 stars I couldnt put it down...loved it
Reviewed in the United States on May 2, 2018
Verified Purchase
Can't wait to read more from this writer . I recommend this book to everyone who loves a good love story
Read more
Helpful
Comment Report abuse

Donna Repsher
1.0 out of 5 stars I found nothing to like about this novel
Reviewed in the United States on July 15, 2018
Billionaire Cowboy's Conquest is only the second book I've read by this author, and judging by how much I disliked this book, I have a good feeling that it will be the last. For so many reasons, which I'll explain, I could only give this book 1 star.

First, the title. There was really no mention of the "hero" (can't say I like using that word to describe Hunter) being a billionaire, no overt trappings of wealth, in fact, any mention of money in this novel was an issue for the heroine (Jess), whose ex-fiance nearly bankrupted her by maxing out her credit cards and forging her name. The reason Jess is even at the ranch to apply for a job, is that her college roommate, Susan, is Hunter's sister as well as Jess's closest friend. susan knew that Jess was desperately in need of a job. Jess is 28 years old and is helping to foot the bill for her brother's medical school. She's also trying to keep the creditors, who are after her, at bay. It's mentioned that she's was a wild child at college, but she really wasn't, and although she can chug 3 beers in minutes (so ladylike--not!), she's only had two previous sexual relationships

Second, also in the title, the word "Conquest." It certainly describes the way in which Hunter views women--something to use and discard. Personally, I find that term objectionable. Granted, his first wife only wanted his money, and he divorced her after their one-year marriage, considering himself lucky that he'd made her sign a pre-nuptial agreement. At his interview with Jess, arranged by Susan, he's both utterly obnoxious to her, and his every statement is both rude and sexist. Even after agreeing to give Jess a 3-month trial period as his office manager, he can't stay away from her. Did overt sexual harassment of an employee never enter the author's mind? He practically stalks and nearly rapes her, and as a reader who narrowly escaped that fate many years ago, I'll warn you about possible triggers, and there are more than a few. In all honesty, I hated Hunter for the first two-thirds of this novel and was seriously considering not finishing it, but since I voluntarily agreed to read an advance reader copy of this novel, I felt compelled to finish reading it.

Third, Jess and her secrets. Jess is a grown woman who lost her bull-riding father 10 years earlier. She seems to feel the need to keep that a deep, dark secret, but her reasoning makes no sense. Yes, she's applying to be the office manager at a ranch that raises rodeo bulls, as well as horses. As office manager, so what? She really doesn't need to be around when they are being trained, and considering Hunter's lust for her, it seems unlikely that he'd fire her because bulls scare her. She's also afraid of horses, but there's absolutely no reason given for her fear, especially she grew up visiting rodeo after rodeo with her father and loved it.

Fourth, the other secret Jess is keeping--the debts incurred by her ex that she's attempting to pay off, but again, why? She appears to be disgraced by it, but she's done nothing more than choose to become engaged to a lying, thieving and cheating SOB. Jess is an intelligent woman, why on earth wouldn't she seek pro-bono legal counsel, and let a lawyer straighten this mess out? Yes, she knows that Hunter's ex-wife couldn't wait to spend his money, but she's not after Hunter's money, and she's hardly a spendthrift, so why not be honest?

My final complaint is all about Hunter. He's 30-years old, and quite clearly does most of his thinking with his "little brain." First, he gets an erection as soon as he sees Jess get out of her car. I lost count of the number of times the author mentioned his erections, but it was quite often. He runs hot and cold from one minute to the next, and frankly, I thought he was a total jerk, and a sexist pig. I saw no redeeming qualities in him at all. Both he and Jess have the maturity of young teenagers, and while he did manage to redeem himself at the end of the novel, for this reader it was just too little, too late.

As I've already stated, I voluntarily read an advance reader copy of this novel. The opinions expressed are my own.
Read more
2 people found this helpful
Helpful
Comment Report abuse

Rhonda Strong Gilmour
5.0 out of 5 stars Bull-riding Alphahole Meets His Match
Reviewed in the United States on September 26, 2018
Marie Tuhart’s Billionaire Cowboy’s Conquest takes a similar scenario in a different direction. Hunter Knight has a big ol’ ranch, and his sister has just hired a new office manager, her college roommate Jessica Sinclair, who has a reputation as a party girl. She’s shy but spunky, and life has backed her into a corner in the form of serious financial trouble and a dastardly ex-fiancé. Ever notice how many romance heroines arrive on page one burdened with one of them? Must be a popular trope.
Sparks ignite, but Hunter’s an alphahole at first, determined to rid himself of this city girl. Read on; he has his reasons, and Jess proves herself to have far more depth and strength than he bargained for. Another complication: he’s a rodeo bull-rider, and she’s petrified of bulls—again, for a good reason beyond mere girlishness. Hunter’s sister proves an interesting secondary character. Tuhart furnishes a ticking clock: Jess bets Hunter she can do the job and offers to work for just room and board for three months. If she succeeds, she gets her pay and the job. If not, buh-bye. Tick, tick…
Trigger warning: Hunter’s alphahole behavior includes trying to intimidate Jess via what can only be called sexual harassment. She handles it by using his hunger for her to bring him to his knees. If that kind of behavior ruins the story for you, be forewarned. If you enjoy watching a cocky, obnoxious man forced to reveal his gooey center, you’ll enjoy this one. A quick, fun, steamy-but-not-explicit read with horses, bulls, and honky-tonk dancing.
Read more
Helpful
Comment Report abuse
See all reviews