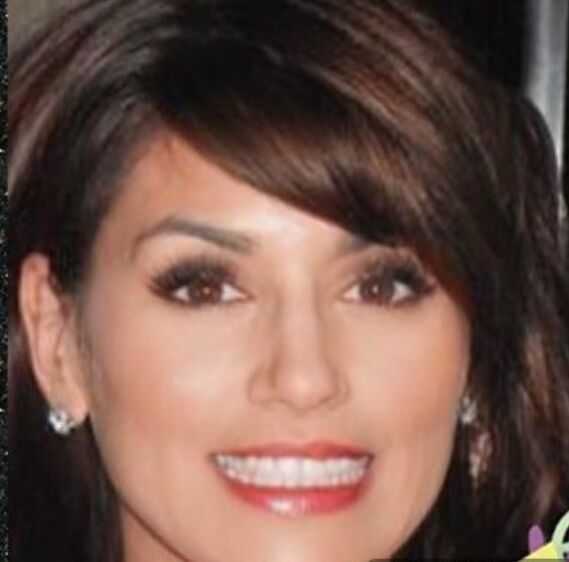 Start reading Billionaire's Baby Secret on your Kindle in under a minute.

4.3 out of 5 stars
4.3 out of 5
121 global ratings
How are ratings calculated?
To calculate the overall star rating and percentage breakdown by star, we don’t use a simple average. Instead, our system considers things like how recent a review is and if the reviewer bought the item on Amazon. It also analyzes reviews to verify trustworthiness.
Top reviews

CathyLynn
5.0 out of 5 stars Secrets
Reviewed in the United States on September 26, 2020
Verified Purchase
This is the story of April and her two best friends, Mona and Elizabeth. Elizabeth has a father Joe who just married Barb and that would be April's mom. She married only after six months after her husband died. At the wedding they are looking for guys and girls for hook ups. April ends up pregant, and does not tell the father and runs into him several years later. Great book great charaters. I would read more by L A Pepper
Read more
Helpful
Comment Report abuse

dawn fairchild
5.0 out of 5 stars Great
Reviewed in the United States on June 10, 2020
Verified Purchase
May have spoilers

I have read this story 10 times now. I loved April and beau. At first with him being so much older I didn’t know how to feel about them. They just work and when Minnie comes along you wanna love them more. I did hate Mona for most of this book but she makes up for it. A Great book worth the read.

Customer Kristine
5.0 out of 5 stars Great Story
Reviewed in the United States on September 26, 2020
Verified Purchase
Love this story. Charles and April were fantastic and I will reread this story again. I'm so glad that they finally got their second chance at love. It just took too long. I received an ARC copy of this book via Booksprout and am voluntarily leaving a review.
Read more
Helpful
Comment Report abuse

specialangel
5.0 out of 5 stars Some things should not be a secret
Reviewed in the United States on September 25, 2020
Verified Purchase
I absolutely fell in love with Charles and April and loved every minute of this book Billionaire's Baby Secret by L. A. Pepper.
Read more
Helpful
Comment Report abuse

Kindle Customer grama ellen
5.0 out of 5 stars A quick fun book to read and enjoy
Reviewed in the United States on June 20, 2020
Verified Purchase
I enjoyed the book and loved the characters I recommend it to all
Read more
Helpful
Comment Report abuse

Nancy NC
5.0 out of 5 stars Love Knows No Age
Reviewed in the United States on May 7, 2020
April Hamilton faces trust issues and challenges with her family. She discovered at an early age that her beloved father had a mistress and a second family, so it’s not surprising that April has issues of trust and feelings of betrayal. Now, with her dad’s death, her mother Barbara, a difficult personality who tries to live life by hard rules, is beginning to soften up in the loving embrace of a new husband, Joe. Her older brother Jack is the “perfect” child following the dictates of mom, even her directions of going to law school—a path that mom is now trying to force on April. But luckily and happily, April has a strong, and loving support group—college friends—Mona, who is bisexual, and according to mom, unacceptable and dangerous, and Elisabeth or Lissie, who with the marriage of Barbara and Joe, also now a sister. With the matchmaking of her dad’s friend Charles “Beau” Beaumont bringing her mom and Lissie’s dad together, April is emotionally pulled—pleased to see her mom happy and loved, but torn by love for her dead dad who has been so easily replaced. And, she turns to Beau or as she calls him Charles for comfort—her dad’s best friend—but a man whom she has long looked at as handsome and sexy.

Charles/Beau and his son Matthew are friends who are family. A billionaire who got his college girl friend pregnant, Beau’s recent divorce has relieved him of a loveless marriage now that Matt is old enough to see that his parents’ marriage was an act of duty, not love or even affection. And, attending the wedding of his dead friend’s wife, Barbara to Joe, the man to whom Beau introduced her, he is seeing April with different eyes. She is no longer a child, but rather, a beautiful, engaging woman to whom he is drawn. And, in an act of love and comfort and sexual pull, April and Charles begin an affair—not long, but intense and loving and fun. Until April realizes that she is pregnant, and fearing Charles/Beau becoming once more entrapped by his honor into marrying a woman for whom he has affection but not love, she leaves. Mona helps her flee NYC to find a home where she can live and give birth in a loving situation—Mona’s parent’s home in the Adirondacks. There April lives and gives birth and nurtures her sweet daughter Minerva—Minnie—for 7 years and 9 months until she is lured back to the city, to Brooklyn, by Mona and Lissie’s plan to establish a Bohemian Emporium. Lissie has bought a brownstone that will serve as home and business site for the enterprises of the three friends.

Many authors utilize the second chance romance or older man younger woman trope, but few do so with such inventiveness and flair. The twists and turns of the plot in L.A. Pepper’s romance are both engaging and entertaining, keeping the reader turning pages.

I received a free copy of this book via Booksprout and am voluntarily leaving a review ARCS, but I enjoyed the reading experience so much that I bought a copy for my "read-again" titles with my Kindle Unlimited subscription.
Read more
2 people found this helpful
Helpful
Comment Report abuse

Robbob19
4.0 out of 5 stars Keep Reading .... the emotional pull really gets there
Reviewed in the United States on April 30, 2020
Family…. they can be wonderful and supportive or they can be just the opposite. When betrayal brings about pride and then fear, it sets up the perfect scenario for heartbreak. It can steal your happiness.

This is exactly what happens to April. Her dad may be dead but he’s so much alive in this family’s everyday life. His betrayal of having a secret family, one that really wasn’t so secret, led to pain, destruction and second guessing everything about life … especially love.

It takes April seven long years and nine months to finally come to grasp with who she is and to quit undermining her future. Her choices affected many people important to her. But her fears reigned and her father’s betrayal was the key to it all.

… Why 3 1/2 stars? I really, really enjoyed the last several chapters of this book, but not so much the beginning. I almost gave up reading it and am glad I didn’t. In the beginning I felt like I was being read to, rather than being drawn into the book. The emotional draw definitely picked up strong after chapter six.

… It’s hard to describe my feelings for Barbara. I can see how her husband’s betrayal damaged her. But she let her pride interfere with her personal growth and healing and as a result she was a lousy mother.

… Charles, or should we say Beau, was great! He was patient, kind and loving. He was the type of man most women would appreciate. Loved that he was always true and faithful in committed relationships.

… Minnie, oh my Minnie. Precious, smart and a definite style of her own. For seven years old, she’s already very independent. Her innocence is cute as well as mischievous.

... The secret family? Who were they? Did they know about April and her mother? How did they deal with the situation? What happened to them when the father died? A mistress and a love child ... just who were they? Did April ever meet them? Would she even want to? They sure did make a negative impact on April and her mother. How did the mistress justify being a home breaker?

I received a free copy of this book via Booksprout and am voluntarily leaving a review.
Read more
2 people found this helpful
Helpful
Comment Report abuse
See all reviews