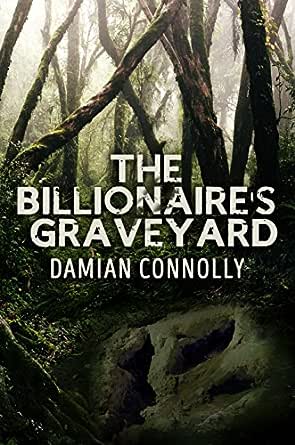 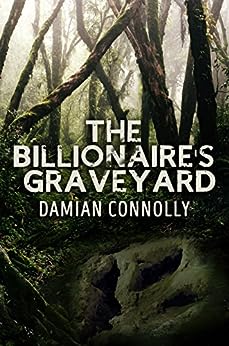 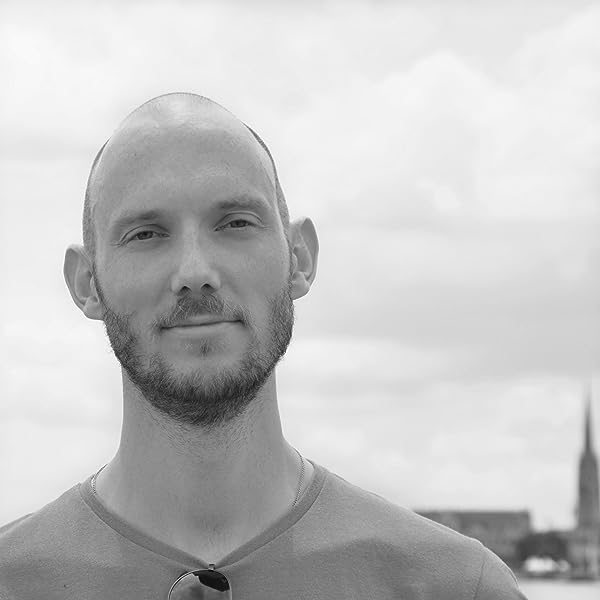 Hey! A massive THANK YOU for checking out and (obviously) buying the book and being a part of this. You are now officially A Very Nice Person Indeed. Feel good about yourself. Literally go out, buy yourself a huge bar of chocolate, and say "This is because I'm awesome."

Damian hails from the hills of Monaghan, Ireland, and currently lives in Bordeaux, France, where he spends most of his time telling people that it is crazy that there's an Irishman that doesn't drink, but he still doesn't like wine.

Growing up, he spent most of his spare time reading, which causes a wonderful dilemma with parents, where, on the one hand, you can never cram too many words into a noggin, while on the other, if you don't put that book down and eat your dinner, young man - I don't care if you don't like it - I'm gonna fire that book out the window (windy, if you're from Monaghan).

Enamoured by video games at an early age (FF7 being the kickstarter for how it was possible to tell a great story through a game), he went and studied Multimedia instead, Ireland not having a games course at the time. While his friends were faffing around Asia and Australia, generally having a great time, he worked in digital design for print and web in order to save up for a Masters in Game Programming in 'Ull, England.

An avid developer, he'll tinker at any language that'll let him near it, and has way too many side-projects on the go at any one time. Curiosity has cost him more than one night's sleep.

In early 2016, he decided to make good on a dream that'd been kicking around his head since he first started writing short stories; becoming an author. His debut novel, Shepherds: Awakening, was the result of that. All things considered; not too shabby.

3.9 out of 5 stars
3.9 out of 5
26 customer ratings
How does Amazon calculate star ratings?
Amazon calculates a product’s star ratings based on a machine learned model instead of a raw data average. The model takes into account factors including the age of a rating, whether the ratings are from verified purchasers, and factors that establish reviewer trustworthiness.
Top Reviews

Suewrite
4.0 out of 5 stars Dangerous Game in Jurassic Park
Reviewed in the United States on July 23, 2017
Verified Purchase
The Billionaire’s Graveyard by Damian Connolly was an intriguing read, reminiscent of The Most Dangerous Game by Richard Connell -- with a whole lot of Jurassic Park mixed in.
A bored billionaire chooses to pay a fortune for the privilege of hunting dinosaurs. What he doesn’t know (or does he?) is that there is more going on with this situation than a fair man-against-dinosaur hunt.
Connolly describes his main character, James Byron, thoroughly and maintains suspense throughout the story. The setting was believable and the story never slowed down. I read it easily in one sitting, wondering all the way whether James would survive.
Unfortunately, at the end of the story, I was still wondering. I felt strongly that the story was not finished and I was disappointed by the abrupt ending!
Read more
5 people found this helpful
Helpful
Comment Report abuse

Kay
3.0 out of 5 stars Dino book
Reviewed in the United States on August 3, 2017
Verified Purchase
The concept behind this book is awesome and the action, almost non-stop. There are quite a few twists and turns too. I really enjoyed it, especially since the language was way cleaner and thus made story easier to read. I just need someone to explain the ending to me. It just stop...the story just...
Read more
4 people found this helpful
Helpful
Comment Report abuse

Joanie
5.0 out of 5 stars Man's Quest to Own & Do Everything
Reviewed in the United States on July 24, 2017
Verified Purchase
This is a short read but it was full of excitement, and scary as well. On an island where only rich people go to hunt dinosaurs, the creator 'grows their own' through experimentations. After James signs the paperwork, he and a buddy are left alone on the island for a hunt. But the question soon turns up: who is hunting whom? Let's remind the hunters what was said about the kill: "After you have made a kill, do not delay around the corpse. Take what pictures you need as quickly as you can. Some of the smaller, more intelligent carnivores are learning the sound of a gunshot equals a free meal. Possibly the bigger ones as well, we're not sure." Oh oh.
Read more
One person found this helpful
Helpful
Comment Report abuse

TM1221
4.0 out of 5 stars If you like Jurassic Park ...
Reviewed in the United States on September 12, 2019
Verified Purchase
You're going to love this book -- think "The Dangerous Game" meets Michael Creighton . . . with a twist. I only gave it 4 stars as I felt there were a few things that could have been expanded upon -- namely the wagering from the dark web. It was a great little adventure of a book, but it could have been so much more.
That all being said -- I enjoyed it and would recommend it to anyone who likes a little dinosaur in their hunting.
Read more
Helpful
Comment Report abuse

M. Mitchell
1.0 out of 5 stars No Ending??? What a waste of time
Reviewed in the United States on July 30, 2017
Verified Purchase
I seemingly good story, and yet it ends in the middle of a paragraph. Really?? Apparently, the few who gave this book good reviews were friends of the author, or really enjoy reading stories that just abruptly stop. I'm so glad this was free, as it isn't worth spending a penny on. Even at that, it was a waste of time that could have been spent reading something worthwhile.
Read more
3 people found this helpful
Helpful
Comment Report abuse

Shaun Green
5.0 out of 5 stars Great read
Reviewed in the United States on July 25, 2017
Verified Purchase
A great short story, which pulls in lots threads to weave this Jurassic style adventure.
The billionaire, out for one last thrill, takes on more than he can chew when the gambling syndicates start flooding the dark web with wagers. Clever twists but over too soon.
Read more
One person found this helpful
Helpful
Comment Report abuse

Kindle Customer
5.0 out of 5 stars Wow.
Reviewed in the United States on July 27, 2017
Verified Purchase
Connolly's writing style makes you believe you are in the hot humid jungle running for your life along with the main character in the story. I enjoyed it immensely. Go out and buy it today.
Read more
Helpful
Comment Report abuse
See all reviews from the United States

Angelina K
5.0 out of 5 stars Five stars for a fantastic story!
Reviewed in the United Kingdom on July 25, 2017
Verified Purchase
I was tempted by this novel’s title and intriguing cover. I was not disappointed. This is a terrific story, brilliantly told. Although a novella, the story is an entirely satisfying experience. The author immediately pulled me into the world of the billionaire, his dysfunctional relationship with his son and his cynical outlook on life. Money can buy him anything he wants but the one thing he craves may cost him everything including his life, in a way you may not imagine. The twist at the end is inspired. I can’t wait to read more stories by this talented author. Highly recommended!
Read more
Helpful
Sending feedback...
Thank you for your feedback.
Sorry, we failed to record your vote. Please try again
Report abuse

Jacky D.
5.0 out of 5 stars A wonderful story with dinosaurs in it!
Reviewed in the United Kingdom on July 23, 2017
Verified Purchase
The Billionaire's Graveyard is a well written story about a billionaire and his relationship with his son. Having it all is not enough and the father sets out for the thrill of a lifetime.
The characters are very well described, the suspense neatly built up, the ending surprising. A great story from a great writer. I will definitely read more from Damian Conolly.
Read more
Helpful
Sending feedback...
Thank you for your feedback.
Sorry, we failed to record your vote. Please try again
Report abuse

Ricky Reader
4.0 out of 5 stars Fun if you enjoyed Jurassic Park
Reviewed in the United Kingdom on July 30, 2017
Verified Purchase
Well written but a bit too similar to a book by a certain Michael Crighton for my liking.
Read more
Helpful
Sending feedback...
Thank you for your feedback.
Sorry, we failed to record your vote. Please try again
Report abuse

bfw
3.0 out of 5 stars Three Stars
Reviewed in the United Kingdom on February 13, 2018
Verified Purchase
Found this rather difficult to get into
Read more
Helpful
Sending feedback...
Thank you for your feedback.
Sorry, we failed to record your vote. Please try again
Report abuse

P. Hope
5.0 out of 5 stars Gripping
Reviewed in the United Kingdom on June 30, 2019
Verified Purchase
Very good, he was even good enough to answer a few queries I had after I’d finished it, looking forward to part 2 ;)
Read more
Helpful
Sending feedback...
Thank you for your feedback.
Sorry, we failed to record your vote. Please try again
Report abuse
Load more international reviews

Maria Connolly
5.0 out of 5 stars Brilliant
Reviewed in the United Kingdom on September 16, 2017
Verified Purchase
Highly recommend this book leaves you reeling for more. Gripping from the start. I need a sequel very exciting ending
Read more
Helpful
Sending feedback...
Thank you for your feedback.
Sorry, we failed to record your vote. Please try again
Report abuse

Amazon Customer
5.0 out of 5 stars What do you buy a man who has everything?
Reviewed in Australia on July 26, 2017
Verified Purchase
A trip of a lifetime to hunt the worlds greatest apex predator, the mighty Tyrannosaurus Rex.

"The Billionaire's Graveyard" whisk's you away from a lofty Manhattan city boardroom, to a humid jungle on one of the worlds most secure islands shrouded in secrecy.

The story follows the exploits of intrepid big game hunter and billionaire James Byron,as he sets out into the unknown on of his latest grand adventures with his trusted hunting companion Harry.

The story was well paced, full of excitement and adventure. The hunter becomes the hunted and a deadly game of and mouse ensues between man and creatures that have been extinct for millions of years. The nature of a short story sadly means the tale is over all too soon and the reader is left clamoring for more. I do hope that Mr Connolly will grant us the pleasure of another foray into this wonderful world he has crafted with "The Billionaire's Graveyard".

LovesBooks
2.0 out of 5 stars Two Stars
Reviewed in Canada on January 19, 2018
Verified Purchase
Fond it really hard to get into.
Read more
Helpful
Sending feedback...
Thank you for your feedback.
Sorry, we failed to record your vote. Please try again
Report abuse