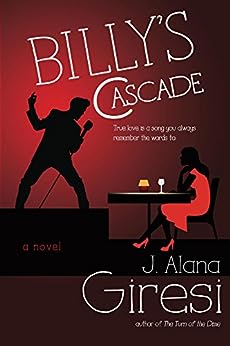 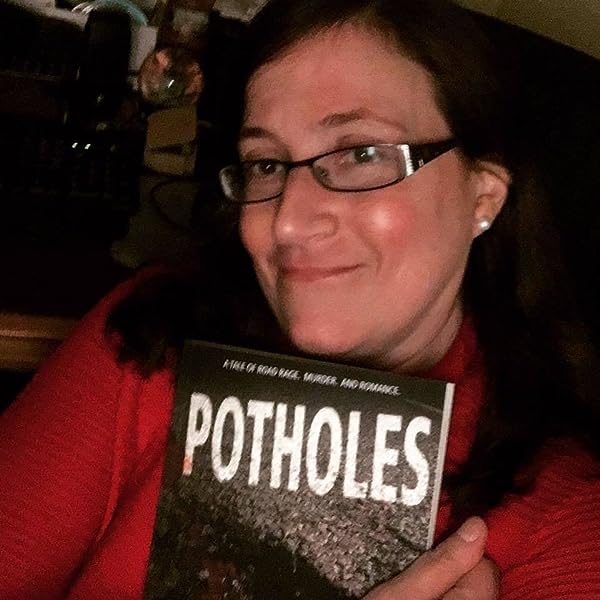 by J.Alana Giresi (Author), Roy Mauritsen (Illustrator), Kristen Ferris (Editor) & 0 more Format: Kindle Edition
See all formats and editions
Sorry, there was a problem loading this page. Try again.
Jane Widen just turned thirty and her life is a mess!
She’s lost her job, her boyfriend, and her dog. Now Jane has no idea what she wants to do with her life.
As if things couldn't get worse, there comes news of the sudden death of her Grandmother Madge. Now Jane must console her dear
grandfather Billy; alone after sixty years of marriage.
Jane and her grandfather embark on a journey of healing together. Jane begins to pick up the pieces of her life and rediscovers who she wants to be, as her grandfather recalls how he met his wife Madge as the famous lounge singer Billy Cascade.
Read more
Previous page
Next page

Billy's Cascade is the second novel from J. Alana Giresi. Her debut novel was The Turn of the Dime released in January 2016. A native Long Islander, she shares her residence with her husband Marty, four cats and Norwegian Shepard Daisy. Daisy has her own blog on Facebook called: Hi, My Name is Daisy. Although a fictional account, Billy's Cascade is based on her maternal grandfather, who was a nightclub singer in the mid twentieth century and recorded the songs Please Be Mine and The Night is Young in 1951 with his band The Rhythm Riders. --This text refers to the paperback edition.

J.Alana Giresi is the author of the novels, The Turn of the Dime, Billy’s Cascade and Potholes (January 2017.) A native Long Islander, she shares her residence with her husband Marty, their four cats, and Norwegian Shepherd Daisy.Although she has written all of her life, The Turn of the Dime, published in January 2016 through Amazon KDP & Createspace Publishing, was her first entry into the printed world. Billy’s Cascade, based on the relationship she had with her beloved grandfather, was her second book released on June 13, 2016, on what would have been her grandfather Vito’s 99th Birthday. Potholes, her third novel, was officially released January 7, 2017, at Blackbird’s Grille in Sayville, NY. J.Alana credits her ability to publish her first book due to fanfiction. She firmly believes that fanfiction is a creative medium which helps so many writers soar.

Amazon Customer
5.0 out of 5 stars Great book!
Reviewed in the United States 🇺🇸 on July 8, 2016
Verified Purchase
This was a great book..I could not put it down..finished it in 2 days..I enjoyed the story line..Looking forward to the next book.
Read more
One person found this helpful
Helpful
Report abuse

Amazon Customer
4.0 out of 5 stars What a great book this is
Reviewed in the United States 🇺🇸 on December 16, 2016
What a great book this is!!! The main character Jane is such a relatable character, I found myself rooting for her from beginning to end and really empathizing with her as she went through life's biggest moments, love and loss. You will adore the character Billy (Jane's grandfather), for his tender and caring heart, as well as his beautiful, helplessly romantic story of how he met his wife all those years ago. I will most definitely be reading more of J. Alana Giresi's books!
Read more
One person found this helpful
Helpful
Report abuse

A
5.0 out of 5 stars Beautiful story
Reviewed in the United States 🇺🇸 on November 10, 2016
This is a beautiful story of love and loss. While Jane's grandfather recount the story of how he met the love of his life, Jane struggles to find love in her own life. Poor Jane doesn't have an easy time, but I was rooting for her the whole way! This is a perfect beach read, which I tore through in one day.
Read more
Helpful
Report abuse

Love To Read 21
5.0 out of 5 stars Beautifully written book
Reviewed in the United States 🇺🇸 on November 5, 2016
Billy's Cascade is a beautiful story about love and relationships. Jane's relationship with her Grandpa is just full of love and respect. This book is a beautiful journey of Jane's life and also shows how she truly grows as a person. It is a relateable story and you feel it is truly written from the heart.
Read more
One person found this helpful
Helpful
Report abuse
See all reviews
Report an issue
Does this item contain inappropriate content?
Report
Do you believe that this item violates a copyright?
Report
Does this item contain quality or formatting issues?
Report