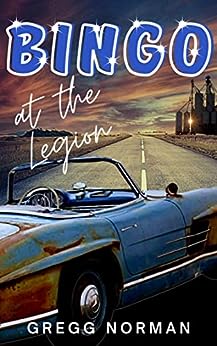 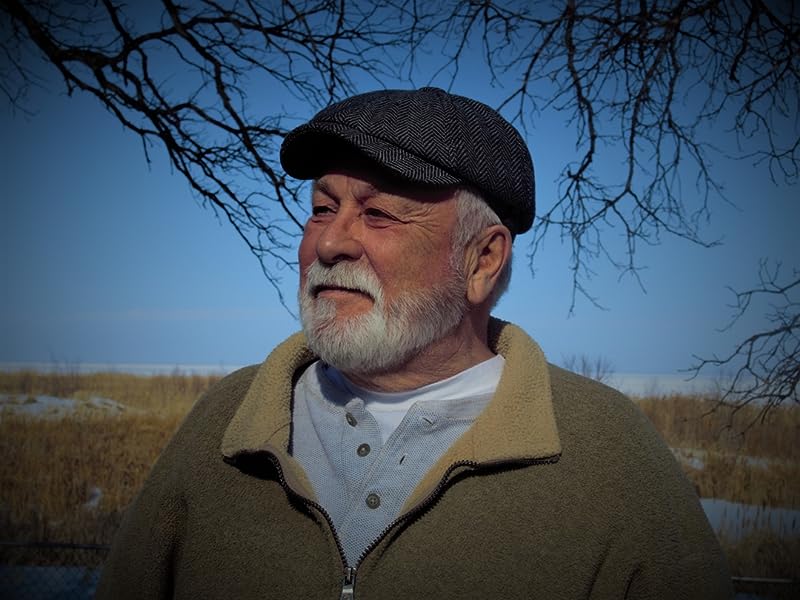 Bingo at the Legion Kindle Edition

by Gregg Norman (Author) Format: Kindle Edition
See all formats and editions
Sorry, there was a problem loading this page. Try again.

Grady Locke bolted from his hometown right after high school graduation, leaving his family and his young love behind. Now, after sixteen years in the big city, he’s hit rock bottom. He’s lost his job, his flavor-of-the-month girlfriend, and his estranged parents all in the same day, and he’s been called home by his younger brother, Jasper, to bury the dead. What he finds on his return sets him adrift on a stormy sea of memories both good and bad. When he discovers that the girl he left behind is back in town the waves threaten to wash him away.

The plot premise behind Gregg Norman's highly engaging book, Bingo At The Legion, resonates easily with readers while Norman's treatment is handled deftly and pleasingly. The main character, Grady Locke, returns to his small hometown after having bolted suddenly years before, leaving family and friends and a devastated lover to deal with the aftermath of his poorly explained disappearance. His return is predicated at the urgent request of his younger brother after the mysterious passing of their parents, an event relevant to the plot but not its focus. What becomes most relevant is the unexpected revelation that Grady's young love, who also left town after drastically reacting to her abandonment, has recently returned to town and taken up residence with her mother. She is displeased by Grady's reappearance in her life, and therein lies a fascinating story when Grady wants to stay. What raises Bingo At The Legion to literary excellence is the writing skill of Gregg Norman. When dealing with a familiar plotline, Norman enhances the experience by creating truly unique and compelling characters. These characters move the plot much more than do the individual events, and these characters embody Norman's tale with its deep humanity and immensely personal interest. Dialogue between and among them is pitch-perfect, and they are treated as complex, highly nuanced individuals. Add to this Norman's fantastic way of telling a story, compact and yet fully descriptive, and the reader finds himself immersed in small-town life. All the time rooting for a sympathetic protagonist and his girl, of course.

Bingo At The Legion is a work of fiction written in the literary style
by Gregg Norman. A character-focused story with many poignant
lessons, the story introduces us to protagonist Grady Locke when
his life has hit an all-time low. Having lost the companionship of his
latest casual flame, Grady also loses his job and his parents, forcing
him out of the big city and back home to where it all began.
Returning to bury the dead is no picnic, but matters are made more
complicated as Grady tries to reconnect with family and the life he
once knew. So begins a poignant tale of lost youth and
introspection of how far we can ever truly escape our roots.
Author Gregg Norman lets his talent for imagery and dialogue shine
in this bittersweet homecoming tale. It moves at a gradual pace in
the true style of literary fiction, allowing readers to take in every
small detail of Grady's life as he begins to draw comparisons with
then and now. I really enjoyed Jasper as a character for the difficult
moments he presents Grady with and for his own emotional state
and journey during the story. The lessons in the slow-burning plot
are satisfyingly conveyed, and I found myself very invested in
watching Grady grow and change during his homecoming
experience. His interactions with others were peppered with smooth
and witty dialogue too. Overall, I would highly recommend Bingo At
The Legion to fans of thought-provoking and nostalgic literary
fiction that delivers on every emotive promise it makes.

Bingo At The Legion by Gregg Norman
BY THEPRAIRIESBOOKREVIEW on DECEMBER 6, 2021 * ( 0 )
Rich with evocative detail and emotional nuance... A page-turner.
Norman's poignant latest follows a young man trying to face the ghosts of his past. It's been sixteen years since Grady Locke has left his hometown of Burdock and young love behind to start afresh in the big city. When his estranged parents die a tragic death, Grady knows he has no option but to come back. But facing the memories of the past is not as easy as it seems, especially with Brenna, Grady's ex-girlfriend, also back in town. Norman builds the tension by setting up situations full of psychological drama, and keeps the reader guessing as to Grady's motivations behind his sudden departure. The push and pull between Grady and Brenna remain a constant undercurrent in the story, and Norman is excellent when it comes to exploring the pair's inner turmoil. Readers will root for the couple all the way to the satisfying, heartening finale. Throughout, Norman gracefully weaves in themes of mental illness, trauma, trust, betrayal, longing, love, family, friendship, and the human desire for meaningful connection. The result is moving and memorable. Readers looking for a compelling small-town cozy will be greatly rewarded. --This text refers to the paperback edition.

Gregg Norman is a prairie boy. Well, maybe not a boy, exactly. Okay, he’s fairly old, but he has lived his entire life on the Canadian prairies (when he wasn’t traveling the world in his various employments). Maturity is one of many things he tries to bring to his writing, along with a wry sense of humor and a very wide range of life experiences. He is a university graduate with degrees in Liberal Arts and Law. He was a corporate lawyer for 25 years, but don’t tell anyone. More importantly, since his early retirement, he has been a television producer, a wildlife organization director, a stump rancher, a part-time cowboy, an auctioneer, a livestock feed salesman and, of course, he has been writing (something he’s always done). His fiction, according to at least one professional reviewer, is literary, but not pretentiously so. If you were to ask him what kind of writer he is, he’d simply say he’s a storyteller. He lives in a cottage on a lake with his wife, Jenine, and their two dogs.

Nancy J. Gilbert
5.0 out of 5 stars Another wonderful stories by one of my favorite storytellers.
Reviewed in the United States 🇺🇸 on January 2, 2022
The characters are real, relatable and so easy to care about.
Read more
Helpful
Report abuse
See all reviews
Report an issue
Does this item contain inappropriate content?
Report
Do you believe that this item violates a copyright?
Report
Does this item contain quality or formatting issues?
Report