Sold by: booksandbling
Add to Cart
$7.64

Sold by: bargainbookstores-
Have one to sell?
Sell on Amazon 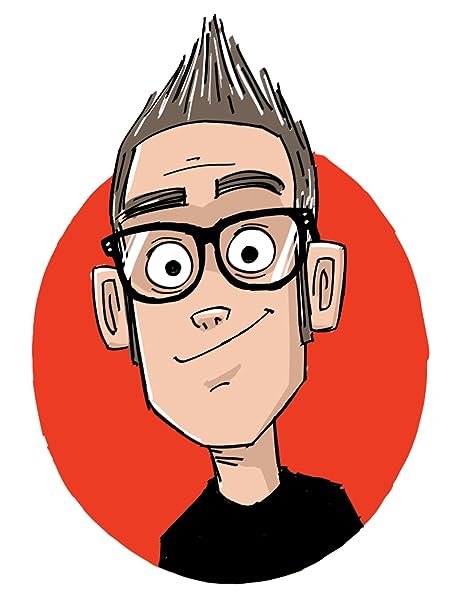 Gr 5-8-Bird and Squirrel are unlikely friends. Bird is carefree, reckless, and always looking at the bright side of situations. Squirrel is nervous, pragmatic, and easily frightened. In an apparent homage to Aesop, the story begins with Squirrel anxiously gathering acorns for the winter while Bird flies around without any worries or responsibilities until he discovers that he's being stalked by a malicious cat. Despite the fact that he doesn't want to get involved, he finds himself coming to Bird's assistance and, after Squirrel's acorn trove is destroyed, the pair sets off on a southward adventure to escape the cold of winter and the cat's wrath. On the way, they encounter much comical misfortune and learn important lessons about friendship, teamwork, and enjoying life to its fullest. Young readers will enjoy the dynamic between the quirky duo and the humorous situations (and the clever yet slapstick ways in which they deal with them). The brightly colored panels and cartoon artwork attract the eye and complement the engaging, fast-paced story.-Rita Meade, Brooklyn Public Library, NYα(c) Copyright 2011. Library Journals LLC, a wholly owned subsidiary of Media Source, Inc. No redistribution permitted.

This is Squirrel. He’s afraid of his own shadow.
This is Bird. He doesn’t have a care in the world.
And this is Cat. He wants to eat Bird and Squirrel. But he’ll have to catch them first, and that’s not going to be easy.
Join this hilarious trio as they head south for the winter. But watch out! Cat is waiting around every bend, and he’s one pesky feline!

This is Squirrel. He's afraid of his own shadow.
This is Bird. He doesn't have a care in the world.
And this is Cat. He wants to eat Bird and Squirrel. But he'll have to catch them first, and that's not going to be easy.
Join this hilarious trio as they head south for the winter. But watch out! Cat is waiting around every bend, and he's one pesky feline!