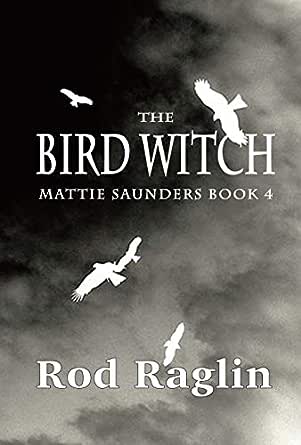 You've subscribed to The Mattie Saunders Series! We will preorder your items within 24 hours of when they become available. When new books are released, we'll charge your default payment method for the lowest price available during the pre-order period.
Update your device or payment method, cancel individual pre-orders or your subscription at
Your Memberships & Subscriptions
There was an error. We were unable to process your subscription due to an error. Please refresh and try again. 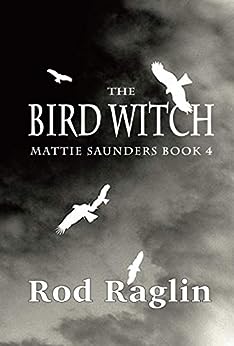 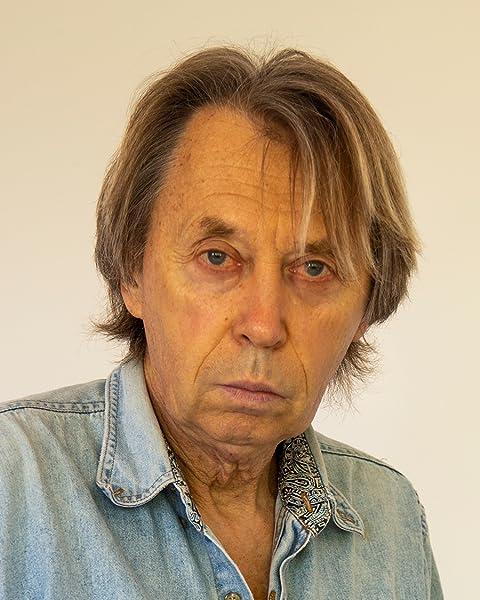 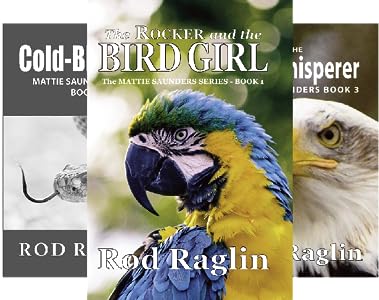 "Mattie, was enjoyable despite being severely flawed (on purpose). Somehow, her faults do not make it harder to root for her although, at times, it's easy to find yourself annoyed with her. Although it may not sound like it, it is a joy to read a character that can make you feel so many different things but still enjoy her overall."

"Simon, was my absolute favourite character ... He is sweet and kind and endearing and patient and so well written, in my opinion. All the characters were well written but Simon was just something else entirely."

"One of the subplots in this book was romance and it was honestly so well done. I wanted more and more and, even while it was happening, I was never sated from it, I wanted to see more of the relationship/dynamics. It was so interesting and refreshing and sweet."

"The writing ...was so nice, witty, and refreshing. I thought it was lovely."

The Rocker and the Bird Girl, Book 1 in the Mattie Saunders Series.
The Saunders Exotic Bird Sanctuary is out of money and in an effort to raise some so her birds won't be homeless yet again, Mattie reaches out to Bodine, the lead guitarist of the bad-boy rock band Seditious.
She's learned he has a macaw as a pet and since it's obvious he's wealthy she hopes he'll be sympathetic and use some of the money he now spends on his hedonistic lifestyle to help these precious, beautiful creatures. They're hardly birds of a feather, but Mattie's not about to kill the goose, if it promises a golden egg. Cold-Blooded, Book 2 in the Mattie Saunders Series. As Liz approaches The Reptile Refuge Centre where she volunteers she can see the parking lot is filled with police vehicles. She doesn't pull in to see what's happened though she has good idea and it isn't something she wants to get involved in. She needs to ditch The Reptile Refuge's van and disappear, but there's a problem.What to do with six Ball Pythons, three Carpet Boas, a Corn Snake, four Geckos, a Bearded Dragon, a four foot long, unruly Black-Throated Monitor, two Red-Eared Slider Turtles, Spots, the forty pound Leopard Tortoise and Iggy, her Iguana.  They'd all accompanied her to the presentation at an elementary school and now are in the back of the vehicle.
An anonymous call to the SPCA is not an option. They can't even find homes for all the cats and dogs they take in, and they're cute and cuddly. Her herps would likely die in the shelter or be euthanized.
These animals depended on her, some she'd looked after for nearly two years, a few she'd nursed back from the brink of death.  You spend that long with a something, even a snake or a lizard and, well, you get to know them. You get attached.
She can't abandon them.
Her old high school friend, Mattie Saunders, has a sanctuary for exotic birds. Birds? Reptiles? Not that much difference.  At least it would be better than taking all them home to the tiny basement suite she lives in.
The Bird Whisperer, Book 3 in the Mattie Saunders Series.The end of the relationship with rock star partner, Bodine, has left Mattie feeling unsettled and the death of a close friend has heightened her vulnerability.
She hopes her fieldwork studying hummingbirds in The Rockies will allow her the peace to heal, but a #MeToo episode with her college professor forces her to flee into the wilderness.
She's rescued by Simon, an Indigenous person and activist for First Nations causes. His care and concern is comforting and she finds herself attracted to him.
But the attraction abruptly ends when they confront an eagle poacher who sells the feathers and body parts on the black market.The poacher is Simon's cousin and he's not about to turn him in to the authorities.
Mattie's outraged but realizes she has to decide between justice for the bird and her feelings for Simon.

The Mattie Saunders Series combines romance and action  with provocative themes for an entertaining and thoughtful exploration of contemporary culture.

Captain Corey
5.0 out of 5 stars Lifelike characters
Reviewed in the United States on September 23, 2020
Verified Purchase
If you’re tired of the same old romance “formula” books that all read identically then this book could be for you. Realistic dialogue and in depth personalities characterizes Rod Raglin’s latest action romance. He artfully tells the story of how Mattie decides, after investing fifteen years of her life in saving exotic pet birds that have been abused and then abandoned by their owners, it’s time for her to make a change – a change that may include her boyfriend too who has lately been around another woman. Thus, when he turns up missing in Mexico, will she find the love within her to find him when his life may depend upon it?
Read more
Helpful
Comment Report abuse
See all reviews