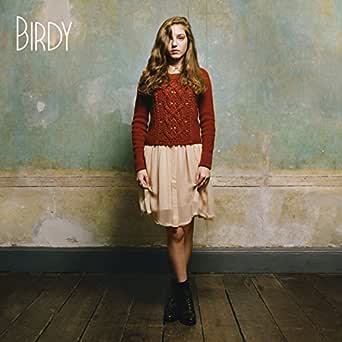 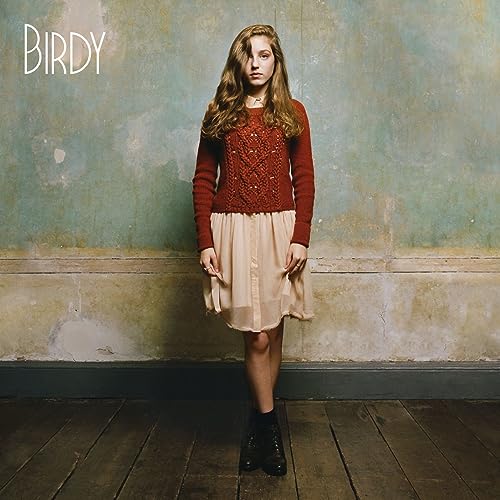 Birdy
4.6 out of 5 stars 812 ratings
Buy the CD album for $12.27 and get the MP3 version for FREE.&nbspCD album ships from and sold by Amazon.com. Terms and Conditions. Does not apply to gift orders. Complete your purchase of the CD album to save the MP3 version to your Music Library.

4.6 out of 5 stars
4.6 out of 5
812 global ratings
How are ratings calculated?
To calculate the overall star rating and percentage breakdown by star, we don’t use a simple average. Instead, our system considers things like how recent a review is and if the reviewer bought the item on Amazon. It also analyzes reviews to verify trustworthiness.

winstonsmith6079
5.0 out of 5 stars Promising New Artist
Reviewed in the United States on March 17, 2013
Verified Purchase
Birdy is a teenage girl from England who apparently is classically trained in music. She seamlessly integrates this background to "cover" songs by other artists with a style that is right for popular genre of music. So while the training comes though, it is not shown off - it doesn't dominate the titles she plays. There are other a few other popular artists out there whose playing skills reflect that type of training but the music they do doesn't. (Frank Zappa and Steely Dan, while not classically trained had styles of music akin to jazz that came through in their music without dominating it. This set them apart from the Rock 'n Roll/ Folk Music /Soul genre type artists of that error.) A piano player herself, Birdy has come out with one of the more refreshing new sounds I have heard in 60 years of listening to popular music. She crosses over the classical musical instrument sounds (not the classical sound of music) without being a "crossover" artist. She sings well and I think that her style, singing and instrumental, will have staying power over the years. Having said all that, it appears she is more relatively more popular in Europe than in the Untied States; but so what. This is an album you can listen to over and over again without getting tired of it. I hope to hear more from her in the future. For some good listening either as a stand alone CD or with the songs ripped into a larger play list of tunes, you can't go wrong with this album.
Read more
4 people found this helpful
Helpful
Comment Report abuse

r. krueger
5.0 out of 5 stars Beautiful Talented Mellow and Inspiring. Skinny Love was the song that Introduced me to Birdy. But ALL her songs are Magical
Reviewed in the United States on March 11, 2015
Verified Purchase
Beautiful Talented Mellow and Inspiring. I highly recommend this collection showing off her awesome talent. FIVE STARS is not enough for her songs as she is Ultra Talented. If you are feeling down, be sure to listen to Birdy as she will ground you and make you realize how awesome you really are. There are a lot of talented Artists in this world, but none are quite like Birdy. I will treasure these songs forever. I Highly Recommend you buy this.
Read more
2 people found this helpful
Helpful
Comment Report abuse

Mo
5.0 out of 5 stars Love her, love this, I wish I could experience it all again
Reviewed in the United States on January 10, 2014
Verified Purchase
I really got into Birdy when her songs began popping up in my Pandora Stream for Lorde and Lana del Rey. Her voice is so beautiful and haunting. She can turn any song into one of her ballads. Most people are turned away because this is all cover songs but you would never know that listening to it. She has made them all her own like "1901". It is normally an upbeat rock/pop song but with her it turns into a beautiful melody of music.
Definitely check her out! She is so talented and I want to buy her new album, "fire within" it's just so much money! But this album satisfies!!!
Read more
One person found this helpful
Helpful
Comment Report abuse

Chad
5.0 out of 5 stars Hidden jewels
Reviewed in the United States on February 11, 2015
Verified Purchase
I got this album for Birdy as an artist, 'Skinny Love' (the most known song) was never a favorite for me. The entire album got a good review by other customers and I agree. Young Blood and Terrible Love are my favorites. Full playback twice was needed, background music while working, for me to absorb and appreciate the album content. Birdy is really talented.
Read more
One person found this helpful
Helpful
Comment Report abuse

Wadehardin
5.0 out of 5 stars You will love her.
Reviewed in the United States on August 8, 2020
Verified Purchase
Not just pop music. She has a great way of giving you beautiful songs.
He words have something to say.
Read more
Helpful
Comment Report abuse

Amber O'Sullivan
1.0 out of 5 stars WRONG CD IN EVERY CASE!
Reviewed in the United States on February 5, 2020
Verified Purchase
This is the 2nd time I have purchased this CD and both times they came unopened but with the wrong CD in the case. TWICE!
Read more
Helpful
Comment Report abuse

Bryan Kean
5.0 out of 5 stars Sublime, music you will get lost in.
Reviewed in the United States on August 31, 2013
Verified Purchase
Hands down my favorite musical discovery of this year. A mix of Adele and Jewel but very much her own both in voice and lyrical expression.

A rare treat that i have had on repeat now for a week.

You can't help but drift away into the landscape or music she has created and frankly i don't really want to leave.

Perfection from start to finish.

Amazon Customer
5.0 out of 5 stars Wrong label printed on disc but great album
Reviewed in the United States on December 30, 2018
Verified Purchase
Everything looked normal, opened the case and it said "Rhiannon Giddens - Tomorrow is My Turn" printed on the disc. But the album is actually Birdy...so somehow they printed the wrong labels on the discs. So if yours looks the same check the songs cause it might be the right audio. Good album otherwise
Read more
Helpful
Comment Report abuse
See all reviews

BirdmanC
5.0 out of 5 stars Wow
Reviewed in the United Kingdom on December 7, 2012
Verified Purchase
I have to admit to beng in love with the female voice but this album is at least very, very near the top of my all-time classics.
The gift given to Birdy is in the same league as that of the heart-breakingly tragic figure of Aimee Winehouse - genius that captivates. Aimee will never grab and captivate us with more of her genius than already exists, we can only hope to be entranced by the gifts given to Birdy for very many years to come. The two lady's styles cannot be compared but at their best, their abilities to hold you close and play on your emotions are breathtaking.
Indescribably beautiful - buy it.
Read more
2 people found this helpful
Report abuse

Stuart Scovell
5.0 out of 5 stars Birdy debut album. A wonderful collection of classic songs premiering Birdys wonderful voice
Reviewed in the United Kingdom on February 1, 2020
Verified Purchase
Her very first album of covers with her big hits 'Skinny Love' and 'People Help The People' Birdy's interpretations of some wonderful song flow from one to another effortlessly taking you on a journey of beautiful melody's though the whole album. Premiering her amazing talent and wonderful voice Including one of her very own songs 'Without A Word' a prelude to her future talent as a singer songwriter.
Read more

Mr. A. Robinson
5.0 out of 5 stars WOW WHAT A TRULY NATURALLY TALENTED GIRL.AMAZING.
Reviewed in the United Kingdom on January 7, 2012
Verified Purchase
All i have to say about this album,that sums it up pefectly is:-Wow what a voice & naturally talented girl,I really enjoy just her singing along with her piano,she really doesnt need anything else shes amazing.
Really hope we see alot more of this girl,would love to hear her sing some coldplay songs.
Her album really made me tingle.
BUY IT NOW,GREAT ALBUM,AMAZING VOICE & TALENT. ;) NICE 1 BIRDY,WELL DONE.
Read more
10 people found this helpful
Report abuse

Alex Lanning
5.0 out of 5 stars I'm only talking about the "remaster" here
Reviewed in the United Kingdom on December 9, 2013
Verified Purchase
Having at first heard "skinny love" on a DAB+ radio station and then scooting out to buy the CD I soon realised that the CD was"like taking a shower with a raincoat on", firmly believing the first hearing had more "substance to it"I felt it was worth procuring the CD+DVD in the hope that later pruduction would sound sweeter.Sure enough, its like comparing "chalk& cheese" ; the remaster, is the one to buy!I can vouch 100% for that
Read more
One person found this helpful
Report abuse
See all reviews